Skip Navigation
ADL TRACKER
Check out the new ADL TRACKER of Anti-Semitic Incidents
Find Your Local ADL
Anti-Defamation League
Update: Stop Islamization of Nations (SION) will hold a “Global Counter Jihad Rally” in Stockholm, Sweden in early August. This will mark the first time SION and its U.S. and trans-Atlantic supporters will gather for a public event.
The latest outgrowth of the trans-Atlantic cooperation between anti-Muslim activists was announced on January 17 by Pamela Geller, head of Stop Islamization of American (SIOA). Geller announced on her blog that SIOA, an organization that promotes a conspiratorial anti-Muslim agenda under the guise of fighting radical Islam, is joining forces with its sister organization in Denmark, Stop Islamisation of Europe (SIOE), whose campaigns against Islam in Europe have influenced Geller’s campaigns in the U.S. 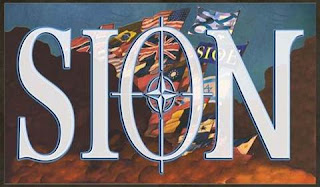 The new organization, called Stop Islamization of Nations (SION), purports to “stand for freedom and oppose the advance of Islamic law, Sharia,” and says it will offer “diversity and sensitivity training to corporations and government agencies…to help these entities understand the jihad threat.” Geller and her longtime associate Robert Spencer will assume leadership of this organization, which will likely serve as another platform to disseminate SIOA/SIOE’s conspiratorial agenda.

ADL CEO Jonathan Greenblatt's testimony before the House Subcommittee on Intelligence and Counterterrorism on confronting the rise in anti-Semitic domestic terrorism.
Anti-Semitism in the US
Extremism, Terrorism & Bigotry
Hate Crimes
Amicus Brief