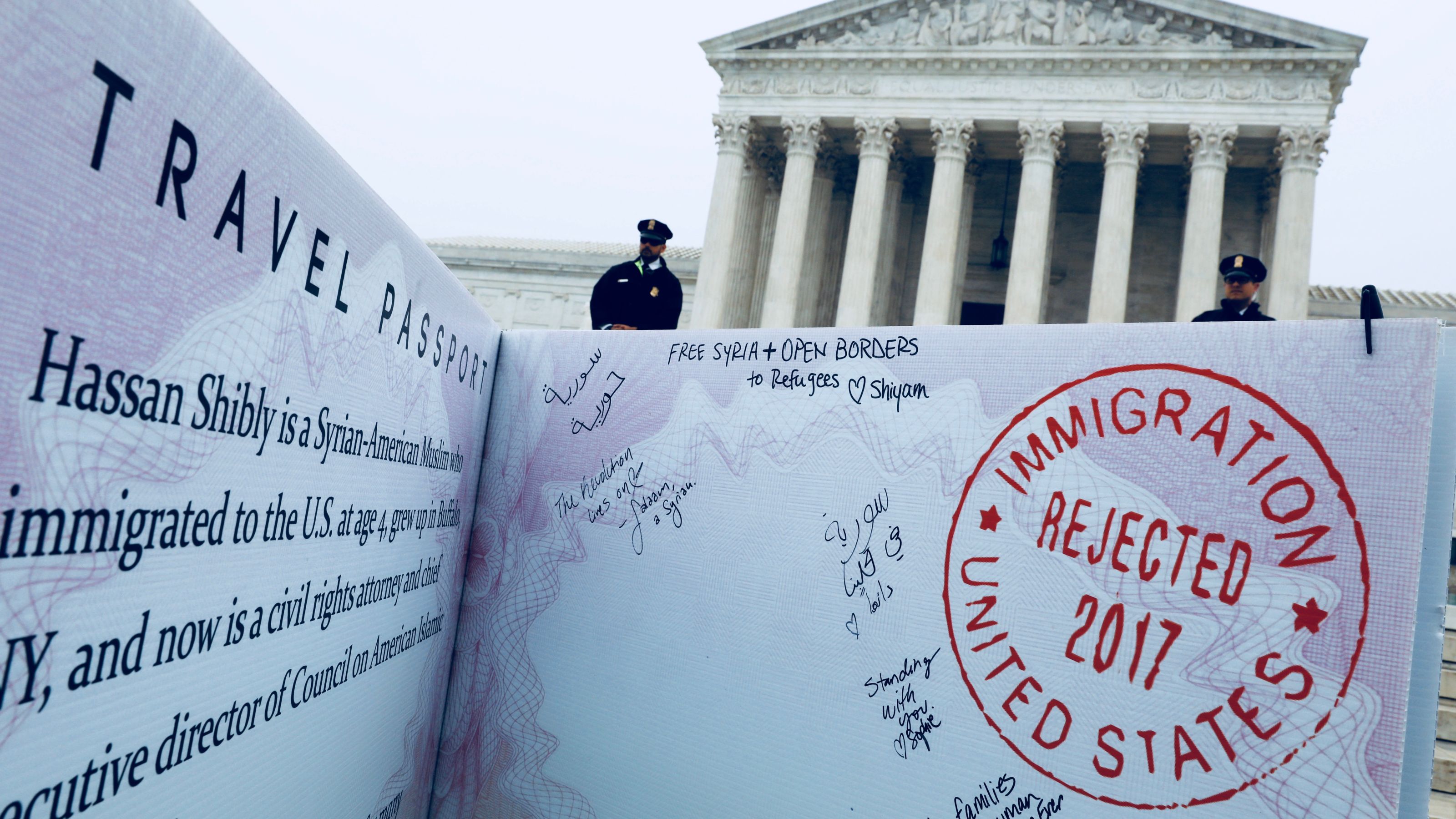 The United States has always been a nation dedicated to the ideals of equality, liberty, and justice. The promise of America was guided by John Winthrop’s vision of the country as a “shining city upon a hill,” opening itself to “anyone with the will and the heart to get here.”

At its best, the United States has lived up to those ideals -- a beacon of hope for refugees, for victims of religious persecution, natural disasters and other emergencies, and for immigrants seeking better lives and opportunities.

At its worst, we have strayed from our core principles, compelled later to apologize to the people who had suffered, or to their descendants, or to the memory of those who perished without descendants, in each case promising to learn from our mistakes and not to repeat them.

This week, sadly, we have again seen that vision of a shining city tarnished. The Supreme Court’s 5-4 decision in Trump v. Hawaii upholding President Trump’s third Muslim Ban is the latest shameful stain on our nation’s history.  Once again, the Court affirmed a policy rooted in xenophobia and bigotry. Once again, a Court majority has lost sight of our highest values and our Constitution.

There was deep irony in this week’s decision.  In 1944, the Supreme Court in a notorious 6-3 decision upheld Executive Order No. 9066, determining that President Franklin Roosevelt’s national security arguments justified the incarceration of over 100,000 Japanese Americans.  The Executive Order made no reference to the Japanese, just as President Trump’s Muslim Ban does not expressly reference Muslims. There was no evidence to support that Order’s reliance on a claim of “military necessity.” In this week’s decision, Chief Justice John Roberts correctly observed that the Korematsu ruling, which upheld that claim, was “gravely wrong the day it was decided,” adding that it has been “overruled in the country’s history” and “has no place in law under the Constitution.”

Yet, as Justice Sonia Sotomayor said in her dissent in the Muslim Ban case, the Court used virtually the same reasoning to uphold President Trump’s discriminatory Executive Order. The majority determined that the ban is within the president’s scope of authority under the Immigration and Nationality Act (INA) based on his claims of national security concerns. In doing so, it closed its eyes to the clear evidence of anti-Muslim bias and bigotry behind the policy. In her dissent, Justice Sotomayor forcefully rejected the Court’s flawed reasoning, pointing out the irony of formerly repudiating the Korematsu decision while using the “same dangerous logic underlying Korematsu” to uphold the Muslim Ban.

Indeed, Korematsu and the history of the Japanese internment remind us that we must take an especially hard look at actions that undermine core values and freedoms in the name of national security.  The lower court got it right when it observed that in issuing the ban, the president failed to provide any justification that nationality alone renders visitors and families a heightened security risk to the United States.  Justice Sotomayor was also absolutely correct in saying that in the latest ruling, the Court “merely replaces one ‘gravely wrong’ decision with another.”

In our view, Trump v. Hawaii will go down in history as another example of profound injustice.  Someday, we expect to see an apology for this decision as well—an apology woefully insufficient to address the damage done by the decision.  For now, all of us must do what we can to counter the message it sends and the suffering it will cause, and never stop fighting for our still vibrant vision of the shining city upon a hill.