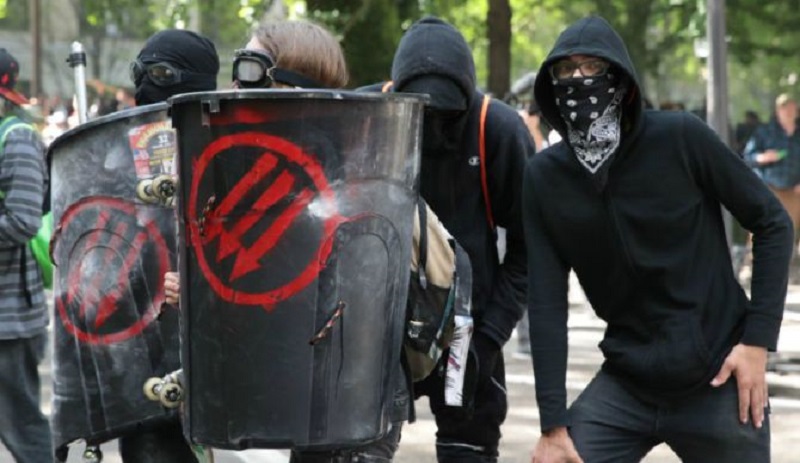 Over the past several months, in Boston, Charlottesville, Berkeley, and beyond, many thousands of peaceful counter-protesters have taken to the streets to speak out against the hateful ideology of white supremacists and other bigots. Among those counter-protesters, a small number of antifa, or “anti-fascists,” have encouraged -- and sometimes actively engaged in -- violence.

The antifa concept originated in Europe in the 1960s and 1970s. The idea behind it was the notion that Hitler would never have been able to come to power if people had stood up to his thugs on the streets in his early years. Whether that counterfactual is true or not, the rationale and the movement made their way to North America in the late ‘70s.

Today's antifa activists specialize in directly confronting groups, especially white supremacists, that they believe are promoting fascism in the United States. They also engage in “doxxing” efforts, exposing their adversaries’ identities, addresses, jobs and other private information. This can lead to their opponents being harassed or losing their jobs, among other consequences.

Antifa is not the mirror image of white supremacy. While some of the antifa's methods are extremely objectionable, their stated goals -- to confront and combat racism, anti-Semitism and bigotry— are not. White supremacists' goals, on the other hand, are indefensible.

That said, antifa can create problems of their own. They are often disruptive and confrontational, which can create challenges for law enforcement trying to keep the peace between opposing factions. Their activities can inflame the passions of their ideological opponents and attract new activists to the causes they oppose. They allow white supremacists to portray themselves as free speech martyrs, and to justify their own violence as a defense against antifa.

Antifa can also present a challenge for peaceful counter-protesters, who may find themselves drowned out by or even “lumped in” with the much smaller contingent of antifa radicals.

Because some antifa activists believe that President Trump and his administration have connections to racism and bigotry, they have also protested Trump-related events in recent months. In response, some on the political right have labeled antifa as “domestic terrorists.” However, it should be noted that no murders in the US have ever been attributed to antifa. By contrast, white supremacists and other right-wing extremists have murdered hundreds of people in the U.S. in the last ten years alone.

ADL recommends that all who oppose white supremacy and extremism stage counter-protests or unity rallies at a different location from extremist protests. Avoiding confrontation or debate with extremists is the surest way to starve them of the media attention they so desperately want --while ensuring everyone's safety.