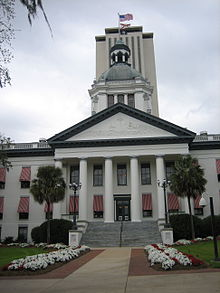 Florida legislators have filed House Bill 303 and Senate Bill 436 – the so-called “Florida Student and School Personnel Religious Liberties Act” – (HB303/SB436).  The House Sponsor of the bill  – Representative Kim Daniels of Jacksonville – asserts that its purpose is to require public schools districts to enforce the religious discrimination protections of Title VII of the 1964 Civil Rights Act.   This highly problematic legislation, however, is modeled on the controversial 2007 Texas “Religious Viewpoints Anti-Discrimination Act”, which was designed to circumvent U.S. Supreme Court decisions on school-sponsored prayer.   In addition to being unnecessary and unconstitutional, the Florida legislation will divide school communities along religious lines and have unintended consequences.

HB303/SB436 does in fact contain a provision requiring schools to “comply” with Title VII’s religious discrimination prohibitions.  But Title VII is a federal law with which public schools already must comply.  Interestingly, the legislation fails to reference Florida’s “Religious Freedom Restoration Act of 1998,” (RFRA) which provides all Floridians, including educators, students and parents, with much stronger religious liberty and accommodation rights than Title VII.  The bill’s reference to Title VII is likely obfuscation for the legislation’s real purpose: creating a vehicle for organized school prayer at school events ranging from graduation to morning announcements, as well as for allowing teachers and parents to proselytize.

As to organized school prayer, just like the Texas law, HB303/SB436 mandates creation of “… a limited public forum for student speakers at any school event at which a student is to speak publicly … “ where there cannot be discrimination against a “… religious viewpoint on an otherwise permissible subject … .”  Of course a religious viewpoint could include a sectarian prayer or proselytizing message before a captive audience of K-12 public school students.

But this legislation takes limited public forum case law out of context.  It is attempting to put a square peg in a round hole.  Because educators will have discretion to decide the “permissible subject” that will vary daily by event and not all students will have access to the forum, any prayer or proselytizing message resulting from the legislation would be unconstitutional, school-controlled religious expression, and not private speech.  Furthermore, even assuming that a true limited public forum is created, unconstitutional religious coercion issues would remain due to public school students being a captive audience.  Interestingly, in 2012 the Florida legislature enacted an “Inspirational Message” law that provides school districts with the authority to effectively create the same kind of forums.  No district, however, has implemented the law.

HB303/SB436 actually goes beyond the 2007 Texas law by also providing that schools cannot  “…  discriminate against a … parent, or school personnel on the basis of a religious viewpoint or religious expression.”   The Florida legislation in no way puts any restrictions on this teacher or parent expression.  So on its face, this provision would allow a teacher or visiting parent to proselytize children as young as five years old during instructional time or the school day.  Such conduct of course is patently unconstitutional.

Now proponents of this bill will say it is necessary because our public schools are devoid of religion.  Such an assertion is patently false.  Comparative religion courses are an important part of public school curriculums.  Students may privately pray alone or in groups during non-curricular time, as well as pray to themselves at any time.  In secondary schools, students also may form non-curricular Bible and religious clubs.  And religious observances and practices of students and teachers, as well as parents, are stringently protected by the Florida RFRA.

This legislation is really about allowing one group in K-12 public schools to impose its religious beliefs on others.  Some legislators may ask what is big deal if a child has to listen to – for example – the Lord’s Prayer during morning announcements, a school assembly, or a sports event?  However, those same members and the broader community may have more concerns if the prayer was to Hashem, Allah, Buddha, Ganesh, or if remarks by an Ethical Humanist denied the existence of G-d.

And once the door is open, schools have to allow all religious, as well as secular, viewpoints.  So for instance, last fall the Satanic Temple sent letters to multiple school districts advising of their intention to start after school religious clubs pursuant to 2001 U.S. Supreme Court precedent.  The letters of course caused controversy and Liberty Counsel, a self-described Christian ministry “dedicated to advancing religious freedom, the sanctity of life, and the family,” erroneously claimed that public schools could bar The Satanic Temple from schools, which Liberty Counsel characterized  as “not legitimate,” while permitting other religious clubs.  But under the Establishment Clause, public schools, do not have the right to decide what religions are and are not legitimate.

Proponents of the bill should also remember that kids are really clever and could make use of this legislation in unintended ways.  For instance, in introducing a December holiday assembly a 5th grader could tell an audience, including kindergartners, that Santa is not real.   Or at the opening of a play that includes a gay character, a high school student could make supportive or hurtful comments about LGBT people.

Our nation’s public schools are for all children regardless of their faith or religious beliefs.  ADL believes that religion has flourished in America because of the separation of church and state mandated by both the Establishment and Free Exercises Clauses to the First Amendment.   As such, government should neither promote nor be hostile to religion, and state-endorsed, sponsored or organized religious activity must be kept out of the public schools.  Although this belief may be distasteful to some, this position is not one of hostility towards religion.  Rather, it reflects a profound respect for religious freedom and recognition of the extraordinary diversity of religions represented by the students in our public schools.