Brown v. Board of Education: 60 Years Later, the Legacy Unfulfilled 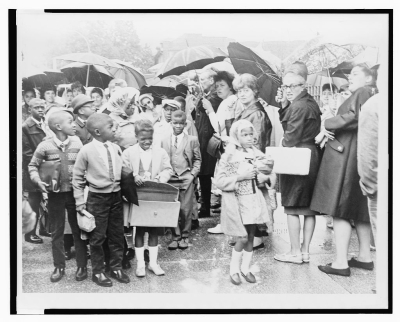 Sixty years after Brown v. Board of Education the promise of equal educational opportunities in the United States remains unfulfilled. On May 17, 1954 the U.S. Supreme Court issued a landmark decision in Brown desegregating America’s schools.  Finding that “it is doubtful that any child may reasonably be expected to succeed in life if he is denied the opportunity of an education,” the Court concluded that education “is a right which must be made available to all on equal terms.”

Today African American and Latino students are more than twice as likely to drop out of school as their white peers. Although there are many factors that contribute to this troubling inequity, school suspensions and expulsions are among the best indicators for which students will drop out of school. A student who has been suspended from school is more than three times more likely to drop out in the first two years of high school than a student who has never been suspended.  Students who drop out of school have more difficulty finding gainful employment, have much lower earning power when they are employed, and ultimately are more likely to become involved with the criminal justice system.  This cycle of suspensions and expulsions that leads to students dropping out of school, which in turn leads to increased likelihood of incarceration, has become known as the “school-to-prison pipeline.”

Harsh school discipline policies disproportionately impact students of color, students with disabilities, and students who identify as lesbian, gay, bisexual or transgender (LGBT).  Data from the Department of Education’s Office for Civil Rights shows that black students are suspended and expelled at a rate three times greater than their white peers.  Similarly, students with disabilities are more than twice as likely to receive out-of-school suspensions as students with no disabilities and LGBT youth are much more likely than their heterosexual peers to be suspended or expelled.  Contrary to some hypotheses, studies have found little difference in students’ behavior across racial lines to account for the disproportionality.  Rather, studies have found that African American students tend to receive harsher punishment for less serious behavior, and are more often punished for subjective offenses, such as “loitering” or “disrespect.”

The bad news doesn't end with the data about discipline. There are other disproportionate, negative impacts related to segregated schools and they represent what can be known as the educational opportunity gap.  Students in majority black and Latino schools are taught by fewer certified teachers, and their teachers are paid less than teachers at predominantly white schools. Schools that are predominantly black and Latino offer fewer courses necessary to attend competitive colleges and have fewer gifted and talented programs.

The data boils down to a truth many have known for a long time.  Race is still a prominent predictor of access to quality and equity in schools. It remains as important as ever to discuss issues of racial disparity critically and thoughtfully in local communities.