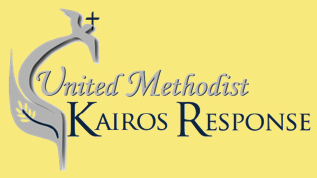 Should the United Methodist Church divest from its investments in “companies that sustain the Israeli occupation?”

The answer to that question will be decided in Tampa, Florida, at this year’s General Conference of the United Methodist Church (UMC). The conference began on Tuesday and is scheduled to take place through May 5, 2012.

The UMC includes on its agenda a list of “major issues” that will be addressed at the conference, including the church’s stance and efforts regarding abortion, gay rights, bullying and immigration. Also included in the agenda is a resolution on divestment from three American companies – Caterpillar, Motorola and Hewlett-Packard – until they “end their involvement in the Israeli occupation of the Palestinian territories.” The resolution further calls on “the United Methodist Church boards and agencies, annual conferences, local churches and individuals to prayerfully consider corporate involvement in Israel’s occupation when making investment decisions.”

The resolution is being presented to the General Conference by the United Methodist Kairos Response (UMKR), an anti-Israel contingent that was formed in 2010 following the release of the “Kairos Palestine Document.” That document, which calls for a global BDS campaign, denies Jewish connection to the Holy Land and justifies terrorism.

If the resolution is passed, UMC general boards will be required to present reports on their respective progress at the church’s 2016 conference.

UMKR has a document on its website listing individuals and groups that support the resolution and it takes care to specifically highlight the Jewish anti-Zionists who support BDS. This is likely an attempt to obviate allegations of anti-Semitism. The resolution has received support from Jewish Voice for Peace, a variety of Israeli anti-occupation activists and two anti-Zionist Holocaust survivors, Hedy Epstein and Hajo Meyer. In his statement, Meyer claims that, as a survivor of Auschwitz, he “[refuses] to belong to a group which is a perpetrator, and therefore I do not agree to allow the state of Israel to commit its crimes in the name of Judaism.”

In addition to the divestment resolution, participants at the conference may be asked to vote on other virulently anti-Israel resolutions, including one regarding endorsing the Kairos Palestine Document.

Efforts by Methodist anti-Israel activists to divest from Israel began in 2008. Then, the UMC voted to continue to allow its agency staff to make comparisons of Israel to the apartheid regime that existed in South Africa and participate in the US Campaign to End the Israeli Occupation. The General Council did not, however, vote in favor of divesting from Israeli companies.

Statement on Sara Yael Hirschhorn as Panelist at Never Is Now

Pakistan’s Antisemitism May Be a Ticking (Nuclear) Time Bomb