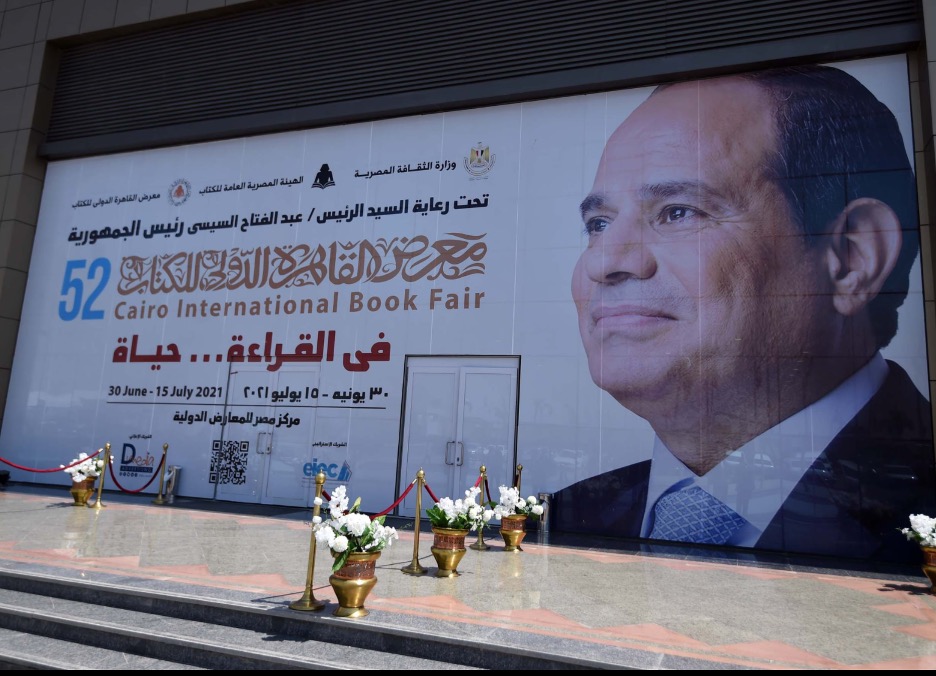 [Screenshot from Facebook page of the Egyptian Prime Minister, June 30, 2021]

[Screenshot from Facebook page of the Egyptian Prime Minister, June 30, 2021]

On June 30th, Egypt’s government launched the region’s largest book fair, under the patronage of President Abdel Fattah El Sisi and inaugurated by Egypt’s prime minister with seven of his cabinet ministers in attendance. Despite the issue being flagged in the past, it is disappointing that a broad array of antisemitic books continue to be exhibited among the materials hosted at Egypt’s state-run book fair this year, including the notorious antisemitic forgery The Protocols of the Elders of Zion.

In the lead-up to the Cairo International Book Fair in early 2020, ADL raised this issue with Egypt’s Embassy in Washington and shared a list in English and Arabic of common antisemitic books that ADL hoped would not be permitted at the event. When many of those hateful materials were indeed still permitted by private exhibitors at the state-run book fair that year, ADL wrote a letter of protest to President El Sisi.

Unfortunately, every single one of the books that ADL identified in that letter as present at the 2020 Cairo International Book Fair now continue to be permitted at the fair in 2021, based on a June 30th Arabic-language search of a government website for the event. Those titles include:

The Protocols of the Elders of Zion [multiple editions]

Talmud of Secrets: Facts Exposing the Jewish Plots to Control the World

The Ten Heads of Evil: Engineers of the American-Zionist Plot to Fracture our Arab World and Ignite Revolutions

Hidden Elements of the Talmud in Jewish Natures and Doctrines

The House of Rothschild: Merchants of Wars and Revolutions

Theodore Herzl: The Zionist Devil and Satan of the Modern Age

Children of the Matrix and

Pharaoh Man of Stakes: Judaizing History and Land, and the Lie of the Promised Land

In addition to all of these titles reoccurring from last year, ADL has also identified many additional antisemitic books that are now being permitted at the Cairo International Book Fair this year:

The Lie of the Holocaust: A Refutation of the Jewish Claims of Hitler’s Holocaust

The Great Plot to Control the World [numerous volumes]

The Truth Sets You Free: Revealing the Secrets of the Hidden Agenda of the Conspiratorial Global Elite over the World

The Jews: A Caravan of Evil in History

The Abomination of Desolation: The construction of the Zionist temple on the ruins of Al-Aqsa Mosque in Jerusalem

Suleiman’s Temple and the al-Aqsa Mosque: The Truth and the Myth

The New Barons of Finance and Business, and

Pawns on the Chessboard: A Practical Application of the Protocols of the Elders of Zion

It is difficult to understand how such books are not a violation of the book fair’s guidelines for participation, let alone Egyptian laws, which broadly prohibit not only the defamation of religions but also “incitement to hate” based on “religion, belief, sex, origin, race… or for any other reason.” And although such books are brought into the event by private exhibitors, Egypt’s government administers and sponsors the fair, and lists all of the books present for sale through an official government website for the event.

While ADL has also found such content at book fairs in a number of other countries in the region, it seems reasonable to hope for Egypt would do better, both in light of the size of its book fair and its relatively moderate role in regional security affairs as an important U.S. ally. Although the U.S. Embassy in Cairo has previously participated in and promoted the CIBF, starting in 2020 the U.S. government has shunned the event – despite strong bilateral cultural ties – because of the ongoing challenge of hateful materials that have been hosted at the Cairo event.

Egypt plays an important role in regional security affairs, including as an American ally and as a longtime peace partner with Israel. Ending the ongoing propagation of severe antisemitic materials at the state-run Cairo International Book Fair would be another meaningful way for Egypt’s government to more consistently demonstrate that commitment to peace and tolerance.