Extremist Violence Through the Mail 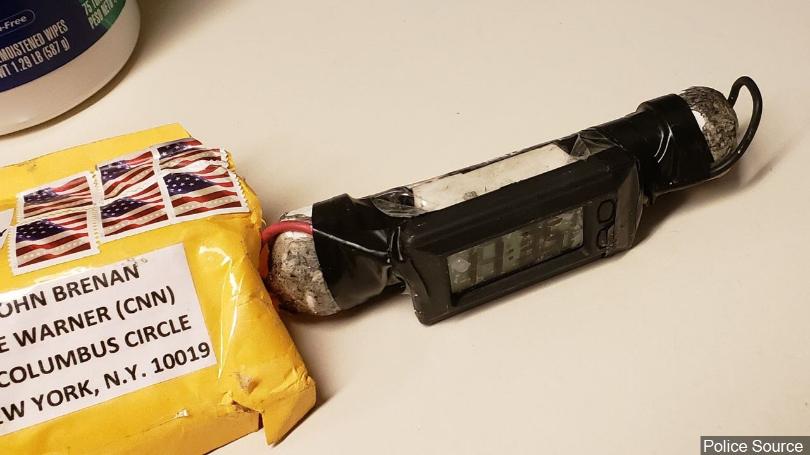 Law enforcement officials around the country are rushing to investigate a rash of pipe bombs sent through the mail apparently targeting a variety of prominent public figures associated with progressive causes, including former President Barack Obama and Senator Hillary Clinton, among others.

Because the targets of these devices— most of which were intercepted before reaching their intended destinations, and none of which detonated — were either prominent Democratic figures or people well-known for criticizing the Trump administration, some have speculated that the senders’ motives may be ideological in nature. However, no suspect has yet been identified and the sender or senders’ intentions remain unknown.

Bombs in the Mail

There is a long history of extremists and terrorists using the mail system to deliver bombs to targets, though it has not been a common tactic.  Others have placed bombs in mailboxes or put bombs in packages designed to look as if they had been delivered by mail or delivery service.

Nearly a century ago, anarchists in the U. S. mailed roughly 30 bombs to a variety of politicians, public officials and business leaders, including John D. Rockefeller. Most of the explosives never made it to their destinations, but one blew off the hands of a housekeeper who was attempting to open a package.

More recently, al-Qaeda in the Arabian Peninsula used mail bombs in an unsuccessful international terrorist attack.  In October 2010, members of the terrorist group used delivery services to send two package bombs with plastic explosives to addresses in Chicago, Illinois. The addresses were locations that had formerly been synagogues, but the real intent of the plotters appears to have been for the bombs to detonate in mid-air en route to their destination, blowing up the cargo planes carrying them. However, information obtained by Saudi Arabian intelligence officials allowed the bombs to be detected before detonation.

American extremists have also used mail bombs.  In 2004, for example, longtime white supremacist leader Dennis Mahon mailed a large pipe bomb to the Scottsdale (Arizona) Office of Diversity and Dialogue, whose director, Don Logan, was an outspoken advocate of civil rights. The bomb exploded in the office, injuring three people, including Logan, but caused no deaths. After a years-long investigation, Mahon was convicted of the attack and sentenced to 40 years in prison (his brother, who was also charged, was acquitted).

The most infamous U.S. mail bombs were sent by Theodore Kaczynski, the so-called “Unabomber,” who sent 16 bombs to a variety of targets between 1978 and 1995, killing three people and injuring 23 more before he was apprehended in 1996. Kaczynski, who chose targets with connections to research, computers, or airlines, had an anti-technologically-oriented ideology that some have described as green anarchism or primitivist anarchism.

Though extremists have used mail and package bombs as a tactic, most such bombings are not actually connected to extremism.  Often the sender is simply seeking revenge against someone.  Prosecutors and judges over the years, for example, have received mail bombs sent to them by people they prosecuted or sentenced. Sometimes, the sender is suffering from a serious mental illness.

One of the most infamous mail bombers—executed for his crimes in April 2018—was Walter Leroy Moody, Jr., who in 1989 sent bombs that killed a federal judge on the 11th U.S. Circuit Court of Appeals at his Alabama home, and a noted civil rights lawyer at his office in Georgia. He also attempted to bomb a NAACP office in Florida and the 11th Circuit Court in Atlanta. A racial motive was strongly suspected in this case, but when authorities finally arrested the perpetrator, it turned out that Moody’s real intent was to attack the appeals court and its judge—who had refused to overturn an earlier bomb-related conviction of Moody’s. The other bombs were essentially distractions, meant to throw authorities off Moody’s trail.

In one 2002 case, police in Philadelphia found and detonated a mailbox bomb that had a note attached referencing al Qaeda and using the phrase “Free Palestine.” The perpetrator, Preston H. Lit, turned out to be a man with a long history of mental illness who was attempting a copycat bombing inspired by a series of Midwest mailbox bombs earlier that month.  Those bombs—a series of 18 that injured six people—were planted by Luke Helder, who wanted to bomb locations that would create a large smiley face when plotted on a map of the United States. In 2004, a federal judge ruled Helder incompetent to stand trial due to mental illness.

In March 2018, two package bombs left on doorsteps in Austin, Texas, killed two, and were suspected of having a racial motive behind them.  However, subsequent additional bombings did not fit a pattern of racial targeting—or, indeed, a pattern suggestive of any specific ideology at all. In the end, police traced the bombs to Mark Anthony Conditt, who blew himself up as police closed in on him; no clear motive was ever determined.

Even though many mail bomb incidents are not related to extremism, the strong association in the public mind of bombs with terrorism means that mail bombs can still cause widespread fear and concern within the communities in which such incidents occur.

In addition to bombs, extremists and others have also sent or have purported to send lethal or potentially dangerous substances by mail.  Letters containing a threatening note and white powder can cause fear and panic, as well as considerable inconvenience, especially if people or a building have to be decontaminated.

White powder letters—intended to spur fear that the powder is a lethal substance like anthrax—became a common tactic in the wake of the Aum Shinrikyo subway nerve gas attacks in Tokyo in 1995 and the 1998 arrest of American white supremacist Larry Wayne Harris over a false anthrax scare.

In the late 1990s, these incidents and the surrounding publicity inspired anti-abortion extremists to mail dozens of hoax anthrax letters to women’s health clinics that performed abortions, in an effort to harass them and disrupt their activities.  Another wave of such letters appeared in 2001, most sent by anti-abortion extremist Clayton Waagner, who targeted hundreds of clinics. Waagner was eventually apprehended and received a 19-year sentence.  Since then, white powder letters have been a common occurrence, and have been mailed to a wide variety of targets, including schools and businesses.

In 2001, a second wave of hoax anthrax letters was inspired by letters actually containing anthrax, sent to a variety of media and political targets in the days after the 9/11 terror attacks. Five people died after interacting with the anthrax-laced letters, while 17 more were injured. The letters were initially assumed to be a terrorist campaign committed for ideological reasons, but after years of investigation and several false leads, the FBI narrowed its focus to a scientist, Bruce Edward Ivins, as the likely perpetrator of the attacks. Ivins, who was struggling with some degree of mental illness, killed himself shortly before he was charged (and some have since raised doubts that he was the perpetrator).  No clear motive for the letters was ever determined, though some have speculated that Ivins sent the letters to increase support for an anthrax vaccine he had worked on for some time.

In addition to anthrax letters and hoax letters, there have been several incidents in which letters in the U.S. were sent laced with ricin, a deadly poison. However, though right-wing extremists in the U.S. have long had a fascination with ricin, these incidents were not related to extremism.

The mail system allows extremists to deliver their threats, hoaxes or destructive devices anonymously and from a distance to victims who are likely not to suspect what they are receiving.  This is what makes them dangerous.  In the past, it has also been more difficult to investigate crimes conducted through such means, although this has improved over the years with better technology and investigative techniques.  Only a thorough investigation using such techniques can apprehend the culprit or culprits behind these recent bomb mailings and reveal the motives behind them.