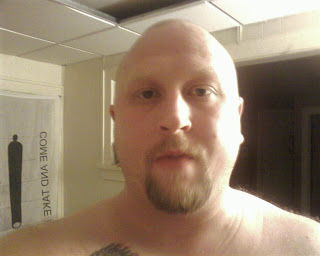 Samuel Johnson, 31, from Austin, Minnesota, was charged with being a convicted felon in possession of weapons.  Johnson, who had several convictions on charges such as robbery and attempted robbery, was allegedly found to be in possession of at least five firearms.  Joseph Thomas, 42, of Mendota Heights, was indicted on drug charges related to alleged possession of methamphetamine. Both men face the likelihood of lengthy prison sentences if convicted; it is possible more charges may follow.
According to a search warrant affidavit, the two white supremacists may have had violent plans.  The affidavit alleges that Johnson was trying to form a new group, the Aryan Liberation Movement, with the goal of committing violent acts against government or minority targets.  It also claims that Thomas told the undercover officer that he had tried to obtain explosives and automatic weapons in order to “conduct attacks on left-wing individuals.”
The Anti-Defamation League had been tracking Johnson for several years, ever since he and another white supremacist, Robert Hester, formed a small southern Minnesota chapter of the neo-Nazi National Socialist Movement and began holding a series of local anti-immigration protests in 2009.
Johnson has previously expressed that violence is a viable tactic.  In an on-line post he made in December 2010, he asked “Why don’t we stand up and save ourselves?  Why will we not make the first attack?”  He finished his screed with “Are you ready to fight for your Race and Nation?  THEN WHY ARE YOU STILL SITTING HERE?  GATHER YOUR ARMIES!!!!!”    In July 2011, Johnson began trying to recruit for his would-be Aryan Liberation Movement, posting on one white supremacist site that “we are trying to get some good actions going in this state.”
After Johnson's arrest, Hester posted an angry message to a social networking profile created by the undercover officer:  “Did your dirty work and took a brother, [expletive] u agent.”
Previous Blog
BDS Movement Gains Support of…
Next Blog
Five Apparent Anarchists…

What is the Anti-Semitism Awareness Act Really All About?

ADL takes a closer look at this important piece of legislation recently introduced in the House and Senate.
Anti-Semitism in the US
reports

Sing a Song: How Lift Every Voice and Sing Inspired Generations