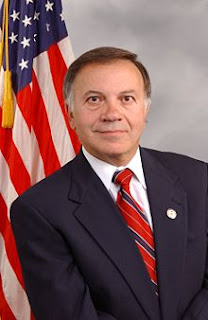 Former Congressman Tom Tancredo (R-CO) is scheduled to speak at the national conference of the white supremacist Council of Conservative Citizens (CofCC), according to a recent newsletter distributed by the group. The conference is scheduled to take place July 6-7, 2012, in Nashville, Tennessee. Tancredo's topic will be "Multiculturalism - the Death of America."

If this announcement is correct, Tancredo, who is known for his anti-immigrant rhetoric and attacks on multiculturalism, has shown his true colors by agreeing to appear before a group that promotes racism and white separatism. The CofCC traces its roots directly to the racist, anti-integrationist White Citizens' Councils of the 1950s and 1960s. The group exploits hot-button issues such as immigration and black-on-white crime to inflame fears about minorities and the destruction of white culture in America.

Among the scheduled speakers at the CofCC conference are Don Black who runs Stormfront, the largest and most popular white supremacist Internet forum; Derek Black, Don Black's son, who runs a radio show with his father on Stormfront, and James Edwards, whose radio show, The Political Cesspool, regularly features racists and anti-Semites.

In the last few years, Tancredo has become increasingly strident in his view that the influx of both legal and undocumented immigrants is destroying American culture. At the Conservative Political Conference (CPAC) in February 2011, at a panel titled, “Will Immigration Kill the GOP?” Tancredo alleged that the “cult of multiculturalism” had hurt the United States and the rest of the world, particularly Western Europe. He asserted that multiculturalism was “the dagger point into the heart of western civilization.”

The CPAC panel was sponsored by Youth for Western Civilization (YWC), a far-right student group, which made Tancredo its honorary chairman. YWC has also decried multiculturalism for "destroying and dispossessing the people and culture of the West.” The term “Western civilization” has become a euphemism in far-right and racist circles to signify white European culture. During a February 2009 lecture at American University that YWC organized, Tancredo suggested that "throughout history, people who are not white Anglo-Saxon have become American by adopting a white Anglo-Saxon culture."

In his testimony, Greenblatt urged Congress to put more pressure on social media companies to “shut down the neo-Nazis and anti-Semites on their platforms.”
Anti-Semitism in the US
Cyberhate
Extremism, Terrorism & Bigotry
Hate Crimes