In advance of this weekend’s BDS conference at the University of Pennsylvania, we are highlighting five of the most anti-Israel individuals scheduled to speak at the conference. 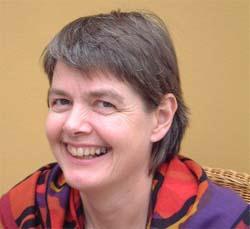 Number 4: Helena Cobban
Today we profile Helena Cobban, an anti-Israel writer, publisher and the former executive director of the Council for the National Interest, an organization that regularly sends delegations of its supporters to meet with Hamas and Hezbollah representatives in the Middle East.
Cobban consistently tries to portray Israel as the only guilty party in the conflict and has alleged that Israel’s military engages in “voluntary ethnic cleansing” of the Palestinians. In January 2009, shortly after the Gaza War ended, Cobban spoke at an event at Georgetown University where she harshly criticized Israel and Israelis, saying she can’t believe “how stupid Israelis are” and claimed that Israelis are “incapable of empathy and compassion for other people.”
Number 5: J Kehaulani Kauanui

In the past year, Michelle Malkin has publicly and explicitly allied herself with white supremacists.
Press Release

The historic announcement between Israel and the Emirates vow to work towards fully normalizing relations and announcing plans for cooperation across numerous civil fields.
Israel Advocacy & Education