Interfaith Dialogue: A Jew and a Muslim Discuss the Spate of Hate Crimes in Aftermath of 2016 Election

Editor’s Note:A Muslim academic and a Jewish interfaith rabbi recently sat down together for a discussion about the spate of hate crimes that have taken place in the aftermath of the 2016 election campaign and what can happen with Jews and Muslims work together to combat hate speech.

The following conversation between Dr. Mehnaz Afridi, Director of the Holocaust and Genocide Institute at Manhattan College, and Rabbi David Sandmel, Director of Interreligious Engagement for the Anti-Defamation League, has been condensed and edited for clarity. 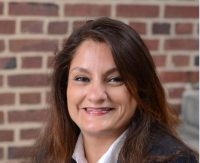 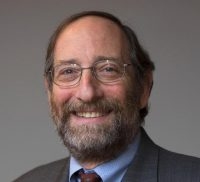 Jews and Muslims in the United States are under attack. Anti-Semitism and Islamophobia are rearing their frightening heads in this country that 5.5 million Jews and 3.4 million Muslims call home. Hatred of Jews and Muslims has always existed; however, it seems that social constraints that had limited its expression have been loosened, resulting in higher incidences of prejudice, fear and anxiety amongst the two communities.

Jewish and Muslim Americans have had different experiences as immigrants  in the US, and at different historical moments  they have been the target of xenophobia, as have many other immigrants to America, including Catholics who, in the 19th Century, were seen as a foreign element attempting at the behest of the pope to undermine American democracy and freedom.  Jews, Muslims and Christians consider themselves part of the Abrahamic family.  Despite profound theological differences between the three traditions, they share a commitment to justice and to helping the other who is in need and the outsider when he/she is suffering, regardless of who they are and what they believe.

Jews and Muslims have been incredibly successful in the US. Jews established communities as far back as 1654 in New York; Muslims began to organize and build places of worship in the 1920’s in places like North Dakota and Iowa.  Jewish and Muslim Americans came here as immigrants escaping racism, murder, political wars and seeking economic opportunity.   So, why are Jews and Muslims the focus of recent attacks and racist slurs?

If anyone has any doubts about the connection between Islamophobia and anti-Semitism, they should read the letters sent to five mosques (so far) in California and one in Georgia, in which the author warned that President-elect Trump will “do to you Muslims what Hitler did the Jews.” While the FBI determined that these letters do not meet the legal definition of a “hate crime” because the threat was not sufficiently specific, they are certainly hateful.

What concerns me more than this particular letter is that it is not an isolated incident, but rather part of an alarming increase in hate speech and hate crimes.   The bigots, who have always lurked on the fringes of our culture, now claim in the aftermath of this year’s election to be a legitimate voice in the American marketplace of ideas.  And their hatred does not stop with Muslims; it also targets Jews, immigrants, people of color, the LGBTQ community, non-Christians, women…

MA: As the member of a minority community, I am aware that bigotry has been part of a deep history in the US, but what we are witnessing is that such letters, references to the KKK, Alt-Right and the National Policy Institute are resurfacing at a time when both Islamophobia and anti-Semitism are at a high in Europe, as well as anti-Semitism in the Middle East.  Recently, I took an early morning walk with my family; as my daughter walked ahead of me she discovered graffiti on a pole that read:  “Trump 2016- Islam is a Monkey Religion.” A post-Thanksgiving walk with my family was no longer about being grateful.  Sadly, it became a time to explain to my children that a few people think Islam is not a real religion, that they misunderstand us, fear us, and hate us.

DS: The deceptive repackaging of white supremacy is frightening to me.  Gone are the white hoods of the Ku Klux Klan and the cross-burnings.  Instead, we have the innocuously named National Policy Institute “dedicated to heritage, identity and future of people of European descent in the United States.”  At the NPI’s recent meeting in Washington, DC, supporters shouted “Hail Trump” while offering the Nazi salute.  A similar deception is found in the term “alt-right,” coined by the head of the National Policy Institute, which has gained some currency over the last few months.  But the term hides the reality of an emboldened white supremacist movement in our country.

Some in the Jewish community see a parallel between the rise of racist nationalism in the United States today and what occurred in Germany during the rise of Nazism.  While the two situations are not analogous and drawing facile comparisons is counterproductive, there are, at the very least, surface similarities that make the impulse to compare them understandable, especially as people try to fit their fear into a comprehensible framework.

MA: Similarly, Muslims have made comparisons with internment camps and they too are in fear and are waiting to see what the “Muslim Registry” policy will state. Will we too have to bear the crescent and star in green, as Jews were forced to wear the yellow star during the Holocaust?  This is the time to act against bigotry, which also includes tensions between Jews and Muslims.

As Muslims, I hope we can take a moment and learn from Jews about how invasive anti-Semitism has been for them. To realize that Jews have been attacked for their religion throughout history, we can try to understand that acknowledging their suffering is as important as feeling the pain in our communities.  At the same time, I call upon my Jewish brothers and sisters to follow Rabbi Sandmel’s lead and take this opportunity to educate themselves about Islam and reevaluate the Islamophobia that exists in elements of the Jewish community.  We are at a crucial moment, and I think these internal critiques and reflections could inspire a positive turn for Jewish-Muslim relations at a time when we are experiencing so much vitriolic hate.  Can we seize this moment to reject our own history of prejudice of one another?

DS: This is very important.  While Islamophobia and anti-Semitism share certain characteristics, they are not identical, nor are the experiences of Jews and Muslims identical.  Both communities would be well served to learn about the other, and we must both confront the bigotry in our own midst.

What is abundantly clear to me is that the situation is urgent.  We cannot waste time in responding to the threats – not just to minority communities like yours and mine – but to the fundamental values that drew my family and yours to these shores.  We need, first and foremost, to call out this bigotry for what it is, and not allow it to hide behind anodyne titles and euphemisms.  We also need an immediate, broad-based, emphatic rejection of this ideology from across the religious and political spectrum.

MA: If we don’t speak up for one another in these times, then we have failed our own faiths and communities. We need to keep building, organizing and creating positive encounters, and share stories of cooperation that will overcome the bigotry that we as Americans must not tolerate.