It's Time for Congress to Restore the Voting Rights Act 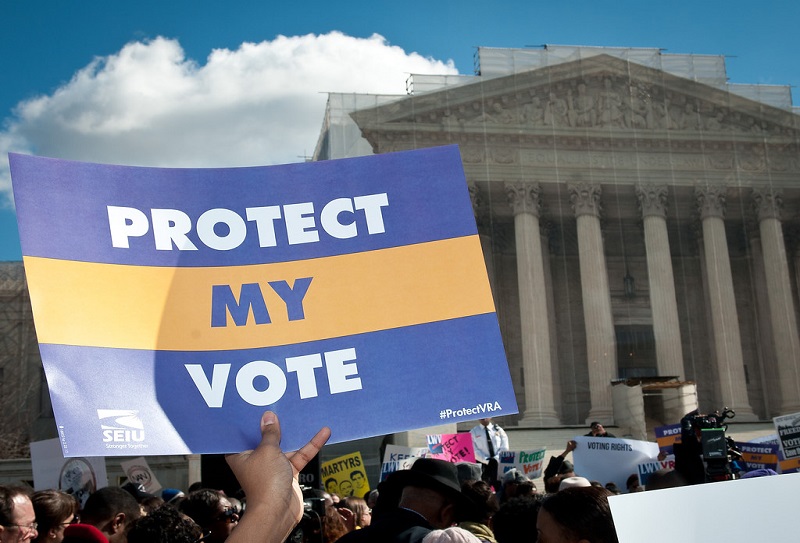 This week marks six years since the Supreme Court’s disastrous decision in Shelby County v. Holder gutted a key provision of the Voting Rights Act of 1965, the nation’s most important and effective civil rights law. Freed from federal and judicial oversight, many state and local governments have seized the opportunity to pass legislation to restrict ballot access, including new voter ID requirements, shorter voting hours, registration restrictions, and unnecessary voter roll purges. Worst of all, it’s been six years of Congressional inaction.

While Shelby County has done irreparable harm to the state of voting rights in this country, Congress is not powerless to mitigate this damage and restore the original force of the Voting Rights Act. In Shelby County, the Court invalidated the specific formula used to determine which states and political subdivisions would have to preclear all voting changes with the federal government. It did not, however, rule that the preclearance requirement itself was unconstitutional, holding that “Congress may draft another formula based on current conditions.”

Over the past six years, though legislation has been introduced in Congress to update the preclearance formula in accordance with the Court’s ruling, Congress has failed to hold a single hearing specifically on this issue.

The consequence of congressional inaction has been severe. Since 2010, 25 states have enacted new voting restrictions making it harder for citizens, especially people of color and other minorities, to register to vote and cast their ballot. Across the country, substantial voting rights rollbacks over the past six years have reversed half a century of hard-fought progress

Texas, for example, enacted a redistricting plan that federal courts had previously rejected because they found “more evidence of discriminatory intent than we have space, or need, to address here.”  In another case about the Texas law, a court concluded that, “simply put, many Hispanics and African Americans who voted in the last elections will, because of the burdens imposed by SB 14, likely be unable to vote.” After Shelby County, this law was allowed to go into effect. And in 2016, a court struck down a similar voter ID law in North Carolina, noting it “targeted African-Americans with almost surgical precision.”

In the absence of a preclearance requirement, states can implement restrictive and discriminatory voting laws without immediate restraint – and it may take years for a successful legal challenge to be mounted. While both laws mentioned above were eventually invalidated, relief came only after they took effect and potentially influenced the outcome of multiple elections. The Voting Rights Advancement Act will reinstate the VRA’s preclearance requirement and prevent states from enacting discriminatory voting laws, thereby inflicting irreversible damage on the legitimacy of the electoral process.

In the face of federal inaction, many states have taken the lead on expanding and securing the right to vote. In 2018, Maryland, New Jersey, and Washington adopted automatic voter registration, a policy which would significantly increase access to the ballot. Since 2016, six states have limited or reversed their felon disenfranchisement laws and 16 states have enacted reforms such as same-day registration, online voter-registration, and expanded early voting opportunities that make it easier to register and vote. Despite the absence of Congressional leadership, there is substantial momentum behind expanding ballot access and preserving America’s voting rights.

Our democracy only works when everyone can fully participate, no matter who they are or what their race or color. As we approach six years without the full force of the Voting Rights Act, Congress must act to protect the rights that so many fought to attain. It’s time for Congress to pass the Voting Rights Advancement Act of 2019 and restore the right to vote.