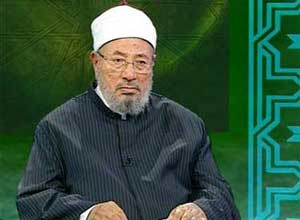 Radical Muslim Brotherhood cleric Sheik Yusuf Al Qaradawi issued a fatwa on his official Web site on February 13 in response to a question about whether the Vatican’s exoneration of the Jewish people for the death of Jesus is in agreement with Qur’anic narratives.

While Qaradawi acknowledges in his fatwa, titled “The Jews and the Blood of Christ,” that Jews did not kill Jesus nor crucify him, he says that they still conspired against and intended to kill him. He added that the Jews have a long history of killing God’s messengers and prophets.

This Fatwa is the latest in a series of anti-Semitic statements by Qaradawi, who met with Hamas leader Ismail Haniyah earlier this month to welcome him as a new member of the International Union of Muslim Scholars, his Qatari-based organization.

Six Facts About Threats to The Jewish Community