Anti-Defamation League
Extremism, Terrorism & Bigotry
Authorities arrested neo-Nazi Bill White in Mexico on June 8, after he allegedly spent nearly a month on the run.  He is reportedly back in the United States and being held in Miami, Florida. 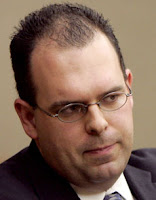 A federal arrest warrant was issued for White after it was discovered that he was no longer in Virginia, where he was on probation.  A federal jury had convicted him in December 2009 on four counts, including making threats on the Internet and witness intimidation. White, who served over two years in prison, was released in April 2011.
White may have feared being sent back to prison. His appeal of his conviction on First Amendment grounds led a federal appeals court to uphold the conviction in March 2012. However, the court also ruled that White should have received a stiffer sentence on one of the counts involving intimidating letters he sent to the African-American residents of a Virginia Beach housing complex who were filing a discrimination suit against their white landlord. The U.S. government, which had originally indicted White, asserted that because at least one of the tenants had young children, White should have received an enhanced sentence for targeting an especially vulnerable population. The appeals court agreed with the government’s argument. White had been scheduled to appear in U.S. District Court in Roanoke, Virginia, in May for resentencing in the case.
Since his release from prison in April 2011, White had been writing for two anti-Semitic publications, the conspiracy-oriented American Free Press (AFP) and The Barnes Review (TBR), a Holocaust denial publication. Both are published by long-time anti-Semite Willis Carto.
More recently, in March 2012, AFP announced that it was hosting a book release dinner in honor of White’s new book, Centuries of Revolution: Democracy, Communism, Zionism. The event was co-hosted by TBR and the white supremacist Council of Conservative Citizens.
White is the former head of the now-defunct American National Socialist Workers Party, and a former leader in the National Socialist Movement.
Extremism, Terrorism & Bigotry
Previous Blog
Press TV Airs Anti-Semitic…
Next Blog
The Bloody Trail of the Aryan…

Extremists Widely Defeated at the Polls, but a Few Make Inroads