On Stonewall 50, Take Action to Pass the Equality Act 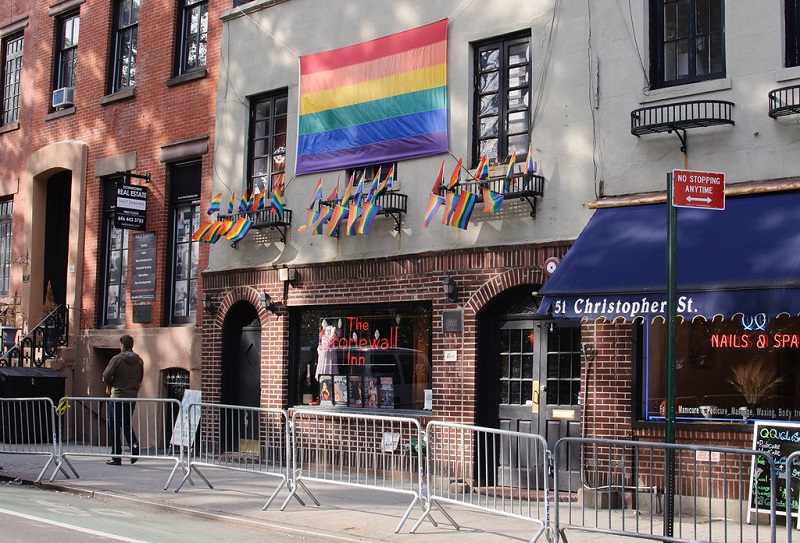 Now is the Time to Pass the Equality Act

Fifty years ago in June 1969, police raided the Christopher Street bar in Manhattan’s West Village, the Stonewall Inn.  The raid came amidst a broader police crackdown on gay bars for operating without state liquor licenses, although at the time the State Liquor Authority refused to grant licenses to bars that served LGBTQ people.  Indeed, 50 years ago - LGBTQ people generally lived in the shadows, subject to violence and government-sanctioned discrimination. Sodomy laws targeted LGBTQ people in every state except Illinois and there were not many places where LGBTQ people could gather and be served in public. In New York City, “masquerading” as a member of the opposite sex was a crime.  LGBTQ people feared police in a climate where gay bars were regularly raided and anti-LGBTQ laws were strictly enforced.

Against the backdrop of the civil rights and anti-war movements, on June 28, 1969, LGBTQ patrons of the Stonewall Inn fought back against persecution and harassment.  Stonewall patrons and supporters had had enough and began a spontaneous, violent demonstration that spawned additional demonstrations and clashes with police over five days. The uprising sparked a turning point in LGBTQ activism and paved the way for years of progress in the fight for equal rights.

Fifty years later, New York Police Department Commissioner O’Neill apologized for the actions taken by the NYPD at the Stonewall Inn, a long overdue but important step toward continuing to rebuild the relationship between the LGBTQ community and police. And, we celebrate the significant progress in LGBTQ rights over the last 50 years.  Indeed, marriage equality is now the law of the land, and amidst a patchwork of state LGBTQ hate crimes protections, the federal Matthew Shepard and James Byrd, Jr. Hate Crimes Protection Act protects LGBTQ people from hate crimes and bias-motivated violence.  The Stonewall Inn is now a National Monument and Pride marches across the country commemorate the anniversary of the Stonewall uprising.

But, we have significant work ahead to ensure that LGBTQ people are free from the harassment, discrimination, and systemic inequity that led to the uprising. At a time when the federal government continues to advance discriminatory polices that undermine LGBTQ rights and sanction discrimination against LGBTQ people in the name of religion, LGBTQ Americans remain unprotected from discrimination in 30 states. In a recent historic vote, the House of Representatives passed the Equality Act this May, but the Senate has not yet scheduled a vote on this essential legislation.  It is well past time for federal legislation that explicitly protects the LGBTQ community from discrimination based on sexual orientation and gender identity.

As we celebrate Pride Month, march in parades with LGBTQ friends and allies and commemorate the bravery and resilience of the Stonewall patrons and supporters, let’s use the momentum to inspire us to fight for legal protections for LGBTQ people.  Join us on the 50th anniversary of the Stonewall uprising to call on Senate leadership to bring the Equality Act to a vote.

Additional ADL resources to talk to your families and students about Stonewall: