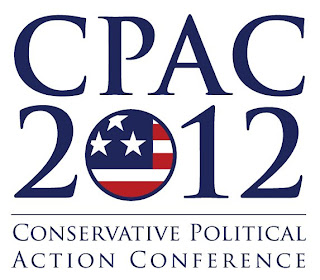 The 2012 Conservative Political Action Conference (CPAC) featured a panel on multiculturalism on February 9, which was hosted by ProEnglish, an organization whose mission is to make English the official language of the United States.

John Tanton, who has expressed racist views and is the architect of the modern anti-immigrant movement, founded ProEnglish and is still on the organization’s board. Robert Vandervoort, the head of ProEnglish, hosted the panel.
One of the main speakers on the panel was Peter Brimelow, who runs the racist Web site VDARE that features the works of white supremacists, anti-Semites and anti-immigrant activists. Brimelow asserted that multiculturalism and bilingualism were examples of “modern political diseases.” He mostly focused on Canada as an example of how bilingualism has destroyed a society but claimed that America could follow the same example if bilingualism was institutionalized in the United States.
Brimelow alleged that kids cannot get a job at MacDonald’s because they can’t speak Spanish – a trend he described as a “ferocious attack on living standards of the American working class…just as immigration policy in general is.” Later, in the Q&A section, Brimelow said that Democrats had given up on “the white working class,” and that this was “treason.”
One of Brimelow’s co-panelists was John Derbyshire, a National Review contributor who straddles the line between the mainstream and the extremist worlds. He has shared the stage with racist speakers at the H.L Mencken Club, a far-right organization. Derbyshire also agreed to speak at the 2010 white supremacist American Renaissance conference, which was later cancelled. At CPAC, Derbyshire warned that “racism will reemerge in a new and more virulent form” because the tension between what the white elite is supposed to think and what it actually thinks about race will reach a breaking point of “cognitive dissonance.”
A surprise guest at the panel was Congressman Steve King (R-IA), who has made a number of virulently anti-immigrant statements over the years. King is trying to pass a bill which will make English the official language of the United States.
Previous Blog
Anti-Israel Hostility…
Next Blog
One-State “Solution”…

Fighting Hate in the Era of Coronavirus

Jonathan Greenblatt discusses how ADL is adapting and fighting hate in the era of coronavirus.
Anti-Semitism in the US
Extremism, Terrorism & Bigotry
Blog