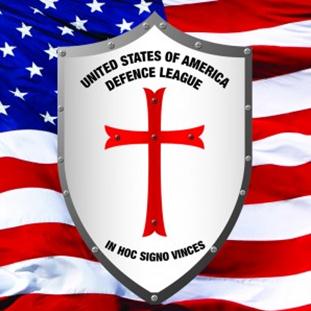 The English Defence League (EDL), a UK-based right-wing, anti-Islamic and self-described “Counter Jihad movement,” has launched a chapter in the United States.

The newly created United States of America Defence League (USADL) claims to be “a human rights organization that was founded in the defense of our nation and to stand in unison with the EDL and other such organizations, to halt the spread of Sharia law.”

The organization, which officially launched its website on May 7, 2012, states that a central tenet of its mission is public education and the need to ensure that the public is provided with a “more realistic and less sanitized view of Islam…” While its mission statement warns against assuming that all Muslims are guilty of committing acts of terrorism, it goes on to say that “the Islamic book of worship calls for all Muslims to participate in Jihad, in one form or another.”

USADL’s National Director is Bill Turner, who is known for his anti-government and conspiratorial writings, which have been published on a number of right-wing websites and disseminated through his Twitter handle, “JihadiHunter.”

While anti-Muslim bias has been a primary theme in his writings as well, Turner’s role in launching the USADL suggests that he is gearing up to advance a more conspiratorial anti-Muslim agenda.

USADL’s website indicates that membership is open to all who “recognize the threat that Sharia Law poses to free people everywhere.” Although it is still too early to confirm the size and viability of the new organization, it already claims to have approximately 60 members.

Earlier this year, EDL announced plans to form a new political party in the UK.

Anti-Semitism in the US
Cyberhate
Extremism, Terrorism & Bigotry
Article

ADL CEO Jonathan Greenblatt's testimony before the House Subcommittee on Intelligence and Counterterrorism on confronting the rise in anti-Semitic domestic terrorism.
Anti-Semitism in the US
Extremism, Terrorism & Bigotry
Hate Crimes