Skip Navigation
Find Your Local ADL
Anti-Defamation League
Anti-Semitism Globally
During a session of the International Union of Muslim Scholars conference in Cairo on February 1, Dr. Salah Sultan described the recent civil unrest and church bombings in Egypt as the “acts of Jews.” 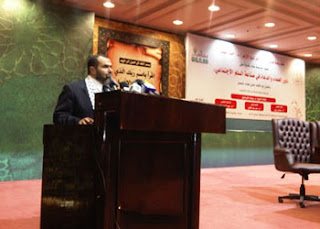 He also said, “God exposed [the Jews’] inner wickedness, exposed their secrets and they were made an example of to future nations.” Prior to Sultan’s speech at Al Azhar Islamic University, where the event is taking place, the crowd chanted: “To Jerusalem we are going as martyrs in millions.”

Sultan, who lived in the U.S. for a time and served as president of the Michigan-based Islamic American University (IAU), a subsidiary of the Muslim American Society, also made reference to a January 16 fire at his son’s home on Ohio. “The Zionist gangs burned my house in Hilliard in America with my son inside it.” (Media reports indicate that the fire is being investigated as a possible hate crime, but no information has yet come out regarding any suspects or motives.)

According to Egyptian media, more than 2000 scholars, including senior members in the Muslim Brotherhood, are attending the conference, which is billed as focusing on the role clerics and scholars have in building social peace. 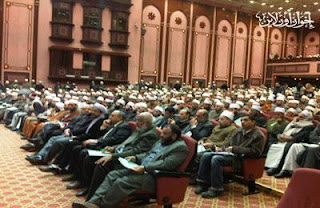 While Sultan does not hold any official position in the Muslim Brotherhood political leadership, he dedicates the majority of his sermons and media appearances to explain the Brotherhood’s ideology and responds to criticism of the Islamist movement.

Sultan is the head of the Jerusalem committee of the International Union of Muslim Scholars, which is chaired by radical cleric Sheik Yusuf al-Qaradawi. The group, which has issued several anti-Zionist fatwas, describes itself as a “pan-Muslim body,” working on “safeguarding the Muslim identity and bridging the gap between the peoples and their rulers in the Islamic countries.”

Mass Shooting in Hanau, Germany: What We Know