Soros Conspiracy Theories and The Protests: A Gateway to Antisemitism 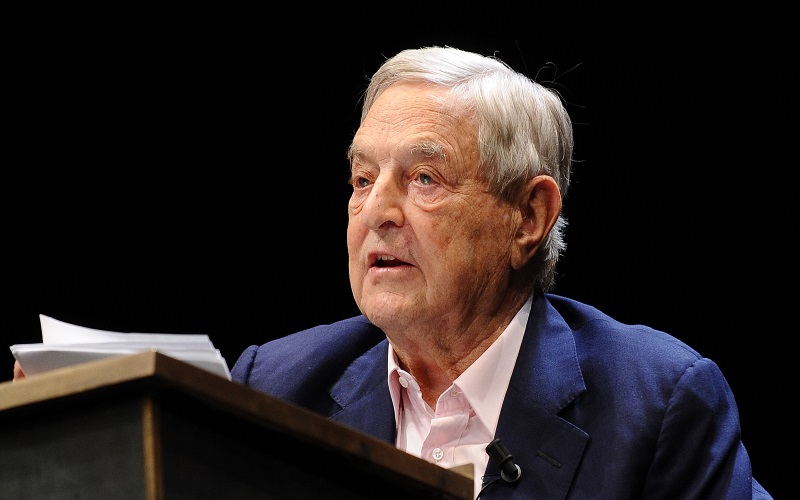 As protests – still largely peaceful, but increasingly marked by violent confrontations, looting and vandalism -- continue in response to the murder of George Floyd by police in Minneapolis, right-wing pundits and an ideologically diverse crew of conspiracy theorists have alleged that George Soros has played a role in fomenting the chaos.

The vast majority of these tweets allege that Soros is paying protestors to riot, and that he funds antifa. A smaller number claim that he plans to radicalize African Americans in order to undermine society and enable the globalist takeover of America, while some go so far as to claim that George Floyd’s death was actually a false flag deployed by Soros in order to precipitate the current crisis.

This comes as social media was already rife with Soros conspiracy theories alleging he is responsible for the spread of COVID-19, and that he will use efforts to fight the virus using contact tracing to implement mass surveillance.

Numerous right-wing pundits and activists are now alleging that Soros is funding the protests following the murder of George Floyd. Prominent among them is Candace Owens, who wrote, “As he did with Antifa, Democrat George Soros has these thugs on payroll. He is funding the chaos via his Open Society Foundation.” DeAnna Lorraine, the Republican candidate for Congress who ran unsuccessfully against Nancy Pelosi in March 2020, asked her 261k followers to “bring attention to this very organized takeover” of the country by getting #sorosgate and #soros to trend on Twitter.

When President Trump tweeted (about the protests), “It’s ANTIFA and the Radical Left. Don’t lay the blame on others!,” former game show host Chuck Woolery disagreed. “It’s George Soros,” he tweeted. David Wohl, Trump surrogate and father of disinformation activist Jacob Wohl, agreed, saying, “Soros funded rent-a-mobs no doubt.” Actor-turned-right-wing-Twitter-pundit James Woods, referring to a “night of savage anarchy” on May 30, wrote that “[when] George Soros rules our streets, we are doomed. #TakeAmericaBack.”

Others used more conspiratorial and sinister language to describe their theories about Soros’ involvement. Posts in several anti-Soros Facebook groups recirculated a 2016 article claiming that a leaked memo revealed that Soros planned to “use Black Lives Matter to federalize U.S. police.”

“Network marketing” entrepreneur Laire Lightener wrote to her 84k Facebook followers that “George Soros #1 goal in life is destroy America so that globalists can take over. He funds the #BLM movement & riots happening across the nation every time the globalists decide they need a new race war started.” Numerous posts on social media have cited a fabricated 2014 “quote” from Soros: “I’m going to bring down the United States by funding Black Hate groups. We’ll put them into a mental trap and make them blame white people. The Black community is the easiest to manipulate.”

Some go so far as to say that the death of George Floyd, which precipitated the protests and rioting of recent days, was a false flag event orchestrated by George Soros. One lengthy post on a Facebook group with 25k members claimed, “the Floyd event was staged…with the purpose of creating racial tensions and driving a wedge in the growing group of anti-deep state sentiment from common people, that have already been psychologically traumatized by Covid 19 fears… You can draw your own conclusions, but this appears to have all the earmarks of George Soros. Please open your eyes!!!!”

Although the vast majority of Soros-related conspiracy theories do not mention his Jewish heritage, the concern remains that they can serve as a gateway to the antisemitic subculture that blames Jews for the riots. This type of content can be found on mainstream platforms; a Twitter user wrote, “George Soros is paying for this he is a Jew America bows to the Jew [sic],” while another tweeted, “Antifa are on the payroll of the Jewish financier George Soros who often uses these paid thugs to intimidate any opposition towards the status quo that he and his Zionist allies have set up to control us.” Yet another claimed, “Soros is every bit the subversive, parasitic conspirator these people make him out to be. The problem they always neglect to mention is the fact that he’s a Jew.”

Similar sentiments can be found on sites frequented by white supremacists and antisemites. White supremacist Kyle Hunt wrote that the Jewish-controlled “ZOG” (Zionist Occupation Government) “are starting a race war so people don’t rally against ZOG” in the aftermath of the killing of George Floyd.  A poster on 4chan claimed, “the jews are just playing with us with their rent a crowds at this point.”

An anonymous post on 8kun theorizes, “the Marxist democrat kikes that run twitter and faceberg used their social engineering platforms to whip this up and organize these riots. Soros used his subversion NGO shock troops to organize and direct the riots. Niggers burned down and looted their own cities with the encouragement of billionaire kikes, which will make them poor and cause crime to increase in their shitholes long term. Everyone who is rational will move away and all that will be left will be an economic desert poverty like Compton California, a once thriving crime free city.”