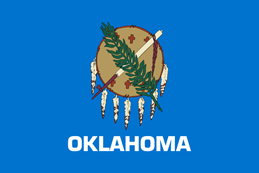 Lost in the 2016 Presidential election news coverage were two major religious freedom wins in Oklahoma and Missouri.  They came in the form of voters overwhelmingly rejecting state constitutional ballot amendments intended to undermine religious freedom safeguards that prohibit taxpayers from being compelled to fund houses of worship and other religious institutions.

The objective of Oklahoma State Question 790 was to remove Article II §5 from the Oklahoma Constitution.  This provision strictly prohibits public dollars from being used to “directly or indirectly” support religious denominations or institutions.   If adopted, Question 790 would have opened the door to school vouchers and other government programs using taxpayer dollars to support religious indoctrination, proselytizing and discrimination.  The Question was soundly defeated 57% to 42%.

On its face, Missouri Constitutional Amendment 3 appeared to have no relation to public funding of religious institutions.  Rather, it sought to increase the state cigarette tax for the purpose of increasing access to and improving early childhood education and healthcare. 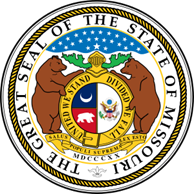 However, slipped into the amendment’s long and technical language was a provision exempting use of early childhood health and education trust funds from the proscriptions of Article IX §8 of the Missouri Constitution.  This provision prohibits use of taxpayer dollars to support religious denominations or schools.   While narrower than Oklahoma Question 790, the amendment also would have allowed taxpayer dollars to be used for religious indoctrination, proselytizing and discrimination in early childhood programs.  It too was resoundingly defeated 59% to 40%.

The First Amendment’s Religions Clauses (Establishment and Free Exercise Clauses) and most state constitutions protect the right of parents to send their children to religious schools, as well as the right of religious institutions to perform social and charitable services in-line with their religious beliefs, including hiring co-religionists and proselytizing as part of social services.

Although the Free Exercise Clause vigorously protects religious exercise, it in no way requires taxpayers to fund it.  Properly interpreted the Establishment Clause, as well as state analogs, should bar such government funding of religion.  And it appears that a majority of voters in Oklahoma and Missouri agree with that interpretation.