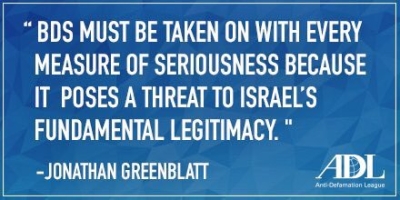 ADL CEO Jonathan Greenblatt articulated the statement above early in the year and this really set the tone for 2016 in ADL’s continued fight against the anti-Israel Boycott, Divestment and Sanctions (BDS) movement.

At the “Ambassadors Against BDS Summit” at the United Nations Greenblatt stressed that we need to expose and combat the extremists who are behind it so that people can see “BDS for what it is: a continuation, a modern version if you will, of an irrational hatred of the Jewish people.”

This view reflects the priority which ADL has given this issue under the leadership of Jonathan Greenblatt. 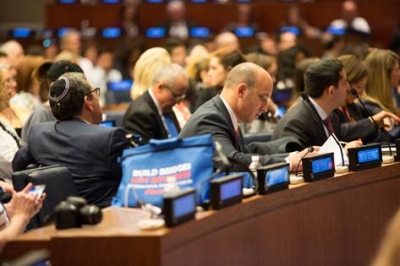 Recognizing the need for a focused and comprehensive strategy to combat the delegitimization of Israel, ADL forged a new joint initiative with the Israel-based Reut Institute to examine trends in the anti-Israel campaign, understand its root causes, and to develop strategies to confront this this mounting challenge.

The collaborative work will be based on in-depth analysis of the delegitimization campaign both in the United States and globally. Findings from this study will serve as the basis of a comprehensive strategy to inform the approach of both organizations and for use by others engaged in this effort.

The ADL-Reut partnership was shaped by a mutual commitment to expose and resist the campaign to single out and isolate Israel while negating the right of the Jewish people to self-determination.

As Jonathan Greenblatt noted in Medium, “The BDS movement has been able to capitalize on attracting to its ranks many who legitimately seek a lasting peace between the Israel and the Palestinians. But it’s crucial to note — this end state is not what BDS seeks.” It’s vital therefore that as a community we offer a credible alternative to those who genuinely seek to make a positive impact. 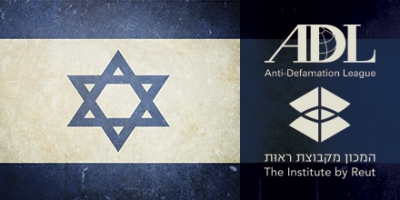 2016 was a year chock full of successful ADL efforts on BDS: 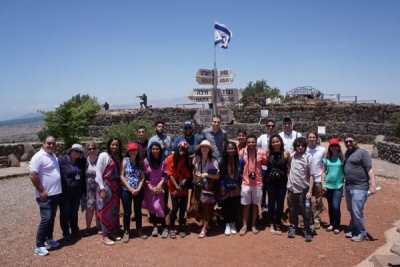 From our groundbreaking new partnership with the Reut Institute, to working on the ground on college campuses, to our monitoring of anti-Israel activity, 2016 was a busy year in the attempt push BDS to the far corners.

On a daily basis, we’re mapping where the BDS movement is most effective, where it might appear tomorrow, and continuing to strategize on the most effective tools so that our community can effectively counter it.