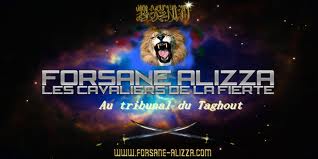 Update: French authorities have confirmed the death of Mohammed Merah after a 30-hour standoff at his home. A former spokesman for Forsane Alizza denied that Merah was ever a member.
French media is reporting that Mohammed Merah, the suspect behind Monday’s deadly shooting at a Jewish day school in Toulouse, France, has links to Forsane Alizza, a radical organization that was banned by the French government in January 2012 for supporting terrorism and preparing its members for “armed struggle.”
During a standoff today between Merah and French authorities, Merah reportedly said he is a member of Al Qaeda and that he carried out the attacks as revenge for Palestinian children and as a reaction to French military intervention overseas. Merah, a French citizen of Algerian decent, has also been linked to two earlier attacks on French military.

Forsane Alizza (Arabic for "Knights of Honor"), which advocates a Salafist ideology that rejects democracy, sought to recruit members with martial arts training. “We are looking for all kinds of skills but soldiers above all,” read a statement on the group’s website. “So if you enjoy martial arts and are quick to respond when we call on you, then you are a good fit, inshallah [God willing]." The website, which featured videos of Anwar al-Awlaki, also expressed the group’s support for “mujhaideen wherever they are in the world.”
The group, which advocates for BDS on its website, organized several protests against Israel in France. In September 2011, its members disrupted the El Al counter at Roissy airport in Paris, shouting “Death to Israel!” and “Death to Jews!” In June 2010, they protested at a McDonald’s, telling customers that McDonald’s supports Israel. Two members of the group were convicted by a French court on charges of “inciting racial hatred” and shouting anti-Semitic remarks at the restaurant. That same month, the group participated in a pro-flotilla rally in Paris.
Forsane Alizza seems to be currently operating with “Force de Défense Musulmane sur Internet.” Its stated goal is to remove online materials that they consider to be offensive to Muslims and Islam and to provide resources to those who are engaged in the same activity. Its activity is similar to that of Revolution Muslim, a fringe anti-Semitic Muslim organization that was based in New York and that attracted a radical following online.
French authorities indicated that Merah has been under surveillance for at least several years due to his radical beliefs. There have also been reports that he traveled to Afghanistan and Pakistan for militant training, but French authorities say that they have no evidence that he had been in contact with terrorist groups.
Anti-Semitism Globally
Previous Blog
Senior Iranian Officials…
Next Blog
Turkish Ad Uses Footage of…

24 Days, A Memoir of the Halimi Affair, Available in Translation for First Time in the United States

A new blog from ADL’s Center on Extremism identifies some of those who are currently spreading anti-Semitic and anti-Israel conspiracies in the wake of the Soleimani assassination.
Anti-Semitism Globally
Anti-Semitism in the US