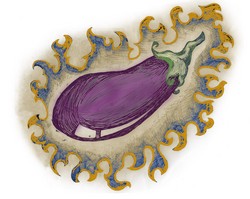 Two developments regarding boycott and divestment activity on college campuses hit the news this week. The first is that the student senate at Arizona State University passed a resolution supporting divestment from a variety of corporations that the proponents claim are “complicit in human rights abuses in the occupied Palestinian Territories and Sudan.” The second is that a student-run café at Evergreen State College in Washington State, The Flaming Eggplant Café, voted to boycott Israeli products.

While these announcements tend to cause rejoicing in the anti-Israel community, it is sometimes best to take stock of the real implications of these developments and consider them in their proper context.

In the case of Evergreen, it is not clear that the store previously carried Israeli products and its decision then to “boycott Israeli products” might be heavy on announcement and light on actual product changes. Similarly, there is no evidence that Arizona State University has investments in any of the companies that were cited in the resolution. If the university doesn’t, the resolution is rendered wholly irrelevant.

But even if the university is invested in some of these companies (which included, among others, Boeing, Caterpillar, Motorola and United Technologies), the resolution is worded so blandly that it doesn’t seem like it has any binding authority. The resolution proclaims, “LET IT BE RESOLVED that Arizona State University Undergraduate Student Government supports on-campus divestment from...” [emphasis added] It doesn’t actually call on the university to divest.

It is not likely that these recent developments in the boycott and divestment campaign on campus will have any concrete impact. What is unfortunate, however, is that they have the potential to isolate pro-Israel students and further corrode the atmosphere on these campuses.

Three-Quarters of Americans Are Concerned About Violent Domestic Extremism

Approximately two-thirds of Americans believe Donald Trump is at least somewhat responsible for the violence at the Capitol.
Extremism, Terrorism & Bigotry
Blog

Antisemitism in the US
Bigotry
Extremism