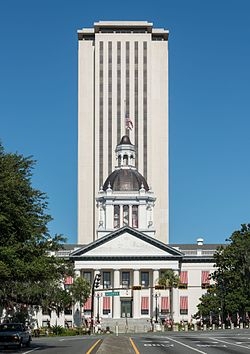 The Florida Legislature recently enacted a back door school prayer bill – Senate Bill 436, the so-called "Florida Student and School Personnel Religious Liberties Act," which the Governor is expected to sign.  It is intended to do an end run around U.S. Supreme Court decisions barring school-sponsored prayer in K-12 public schools. Senate Bill 436 (“SB 436”) is unnecessary, raises serious constitutional issues, and creates a legal quagmire for Florida schools.  Until it is ruled on by the courts, it also will have consequences likely unintended by the bill’s socially conservative sponsors.

As a starting point, there is no need for SB 436.  Our nation’s public schools are in no way devoid of religion. The First Amendment and federal law already provide students with the right to privately pray alone or in groups during non-curricular time, as well as pray to themselves at any time.  In secondary schools, students may form non-curricular religious clubs.  After school and during non-school hours, religious groups may use school facilities for student religious clubs or worship.  And Florida school personnel have strong religious accommodation rights in the form of Title VII of the 1964 Civil Rights Act and the Florida Religious Freedom Restoration Act.

This bill is about is empowering a student, teacher or parent to impose his or her faith on other students in a captive audience setting.  Without qualification, SB 436 prohibits K-12 public schools from discriminating against “… a parent, or school personnel on the basis of a religious viewpoint or expression.” This language plainly allows a teacher or parent to give for example a Christian, Jewish, or Muslim prayer in a classroom to children as young as five, or conversely an Ethical Humanist message expressing disbelief in religion.  Either circumstance would violate longstanding Supreme Court precedent against public-school-sponsored prayer, religious indoctrination, or religious coercion.

SB 436 purports to create limited public free-speech forums for students at any school event where students are allowed to publicly speak, which could include graduation, home room, morning announcements, football games and other mandatory or non-mandatory school assemblies. In these forums, students are permitted to speak on an "otherwise permissible subject" and cannot be discriminated against for “expression of a religious viewpoint.”  This specific provision is likely intended to get around the Supreme Court's 2000 decision in Santa Fe ISD v. Doe, which struck down a student pre-game prayer policy and practice for high school football games. However, this provision takes language from multiple Supreme Court decisions out of context and it does not create a true limited public forum. This means that a student prayer, proselytizing message, or message denigrating religion made in a SB 436 forum would remain school-sponsored and therefore be unconstitutional, as well as raise serious issues of unconstitutional religious coercion.

The legislation also will have unintended consequences.  Schools will have to allow expression by students, teachers or parents on all religious viewpoints, including unpopular or even extremist religions, as well as speech denigrating religion or particular faiths.  And such a situation is not a hypothetical.  In 2016, the Satanic Temple sent letters to school districts across the country expressing its interest in starting after school Satanic Temple Clubs.

And SB 436 may have unintended consequences similar to the 1984 federal Equal Access Act (EAA).  The underlying intent of the EAA was to allow non-curricular, student-led religious clubs into secondary public schools where schools permit secular, non-curricular clubs.  It achieved this goal by using language prohibiting discrimination on the basis of religious, political, or philosophical content.  After the law’s enactment, however, some students astutely began using the law to obtain access for gay-straight alliances and other non-curricular pro-LGBTQ clubs.  A number of schools tried to bar these clubs, but multiple court decisions correctly ruled that schools either had to allow these clubs or ban all non-curricular clubs.

SB 436 opens the door to same results, which the bill sponsors – Senator Baxley and Representative Daniels – likely never intended.  Implicit in the bill’s prohibition on discrimination against religious viewpoints or expression is that all expression must be permitted.  Otherwise, SB 436 would be facially unconstitutional as an advancement or endorsement of religion.  Indeed, as to students, the bill requires that “[a] school district shall treat a student’s voluntary expression of a religious viewpoint on an otherwise permissible subject in the same manner that the school district treats a student’s voluntary expression of a secular viewpoint.”  So under SB 436, a teacher or parent could for example give a message in the classroom promoting LGBTQ rights or a student could do the same in the speaker forum created under the bill.

The legislation also creates a legal catch-22 for school districts and effectively puts a “sue me sign” over every public school in Florida.  If a school follows the letter of the law and allows a prayer or proselytizing message, or message denigrating religion by a student, parent or teacher, there will be an Establishment Clause violation.  But if a school follows Supreme Court precedent by barring such school-sponsored prayer or religious expression, it will be in violation of state law.

In light of this inherent conflict and Florida's religious diversity, SB 436 will undoubtedly be challenged in federal court by a school district or parent of a K-12 student.  And when that happens, ADL is confident that this ill-advised, religiously coercive legislation will be struck down under the Establishment Clause.