In the aftermath of the UNESCO Executive Board vote, cartoons appeared in Arab media depicting the resolutions as an acknowledgement of Islam's monopoly over the Temple Mount/Holy Sanctuary, while featuring Jews/Israelis in stereotypical anti-Semitic illustrations.

Following are some examples:

The Jewish figure is shown holding an archaeological artifact with the UNESCO symbol engraved on it, saying "Al-Aqsa is Islamic Legacy". 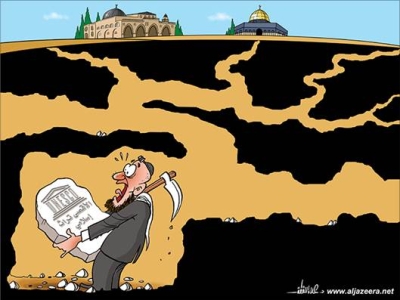 UNESCO is described as stamping approval that "Al-Aqsa Mosque is Purely Muslim Legacy". 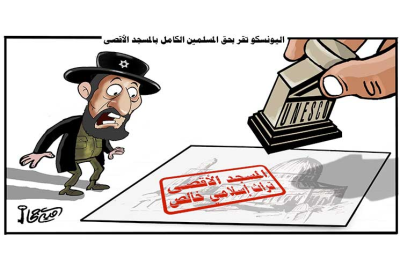 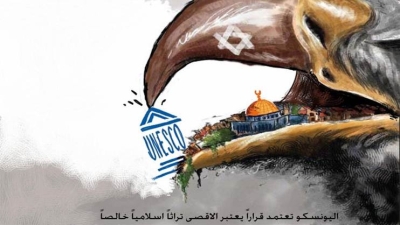 Headline: "UNESCO: Jews Have No Religious Connection to Al-Aqsa Mosque". 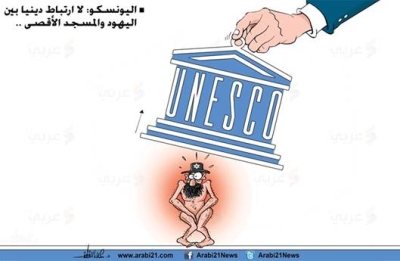