Even as mainstream social media companies are struggling to eliminate extremist content and users from their platforms, the opportunities of scale and reach provided by these platforms continue to be leveraged and weaponized by extremists. And as mainstream companies increase their content moderation efforts to clamp down on hate, extremists are migrating to other platforms.

One response to this deplatforming effort and increased public scrutiny of extremists’ social media profiles has been the emergence of alternative, less restrictive social networking platforms, some based abroad, which have welcomed a steady influx of American white supremacists. One such site is VK.com, based in Saint Petersburg, Russia.

VK, which is short for VKontakte, or “in contact,” launched in 2006, and had more than 500 million active registered accounts worldwide by August 2018. The majority of white supremacist profiles found on VK self-identify being from Europe, Russia, or the United States, and the international connections are easy to spot. In just one example, Dominic Bastil, a VK user from the Czech Republic, wishes the Klan a “happy birthday.” Billy Roper, leader of the Arkansas-based white supremacist group Shield Wall Network and frequent Klan collaborator, responds with his thanks. 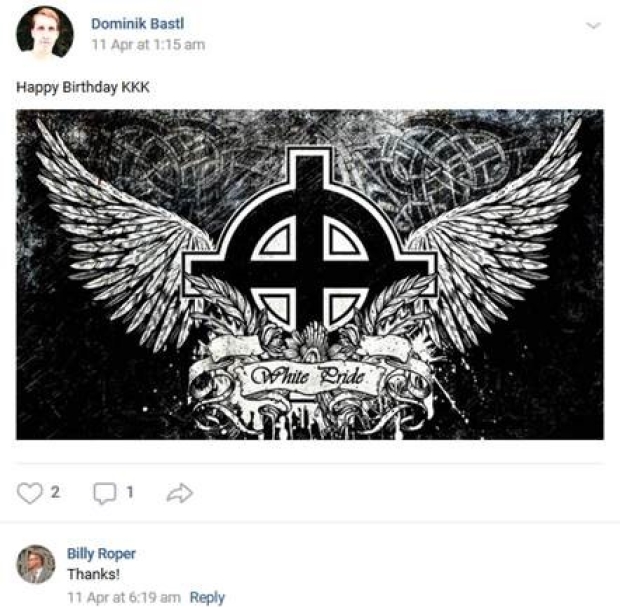 This is no fringe platform; according to web analytics service SimilarWeb, in early 2018 VK was the ninth most-visited website in the world. Its interface is similar to Facebook’s, with individual profiles and “communities.” VK, however, is far less restrictive than Facebook about the content users can post or the “communities” that are created. This makes VK particularly appealing to white supremacists. Whereas posting most of their extremist comments, memes and videos on Facebook would likely result in suspensions or deplatforming, VK provides an open forum for such extremism.

Despite what appears to be a content free-for-all, the platform does, in fact, have so-called “safety guidelines” as part of their terms of service (ToS). These guidelines state that while the site takes a “stand against censorship,” it will remove any content that breaks their ToS or breaks the law. Under their ToS, VK claims that they will remove any content containing the following: “hostile statements or symbols, such as the swastika, or threats of violence, including those made on the basis of or targeting religion, ethnicity, sexual orientation, physical or mental disabilities and illnesses” as well as anything that promotes the “victimization, humiliation or harassment of another person, including that which is motivated by racism, homophobia or sexism.”

While the swastika is explicitly prohibited in the ToS, there is no shortage of VK profiles that prominently feature swastikas; the symbol also appears in threads across the site. 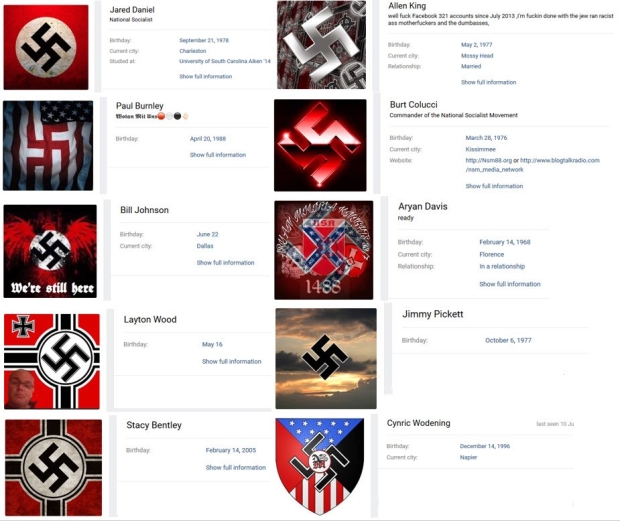 Just a few of the VK profiles displaying the swastika

The following posts would also appear to violate the ToS based on the prohibition of “threats of violence … made on the basis of or targeting religion …” and “promotion of illegal acts.” 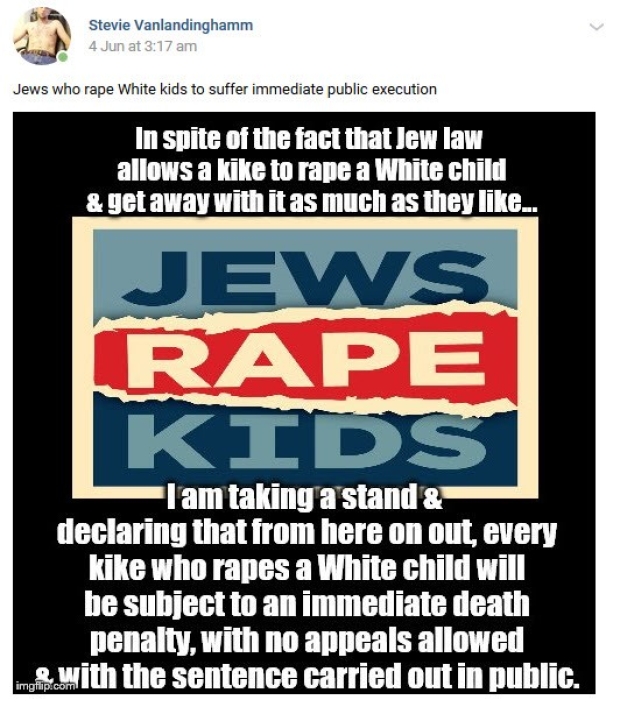 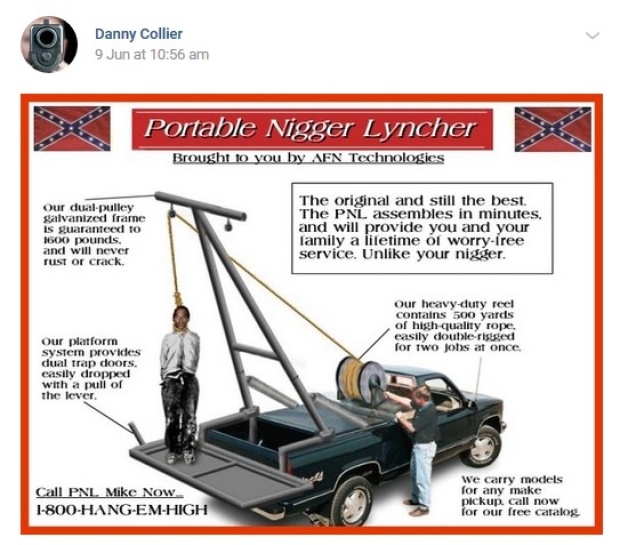 VK’s robust international usership has allowed American white supremacists to network with white supremacists abroad. Leaders and members of some of this country’s best-known white supremacist groups are active on the site. Prominent users include Burt Colucci, leader of the National Socialist Movement, Billy Roper of Shield Wall Network, Michael Hill of League of the South and Thomas Robb of the Knights Party of the Ku Klux Klan.