When Injustice Goes Unchecked and Concealed, What Message Does This Send to Children? 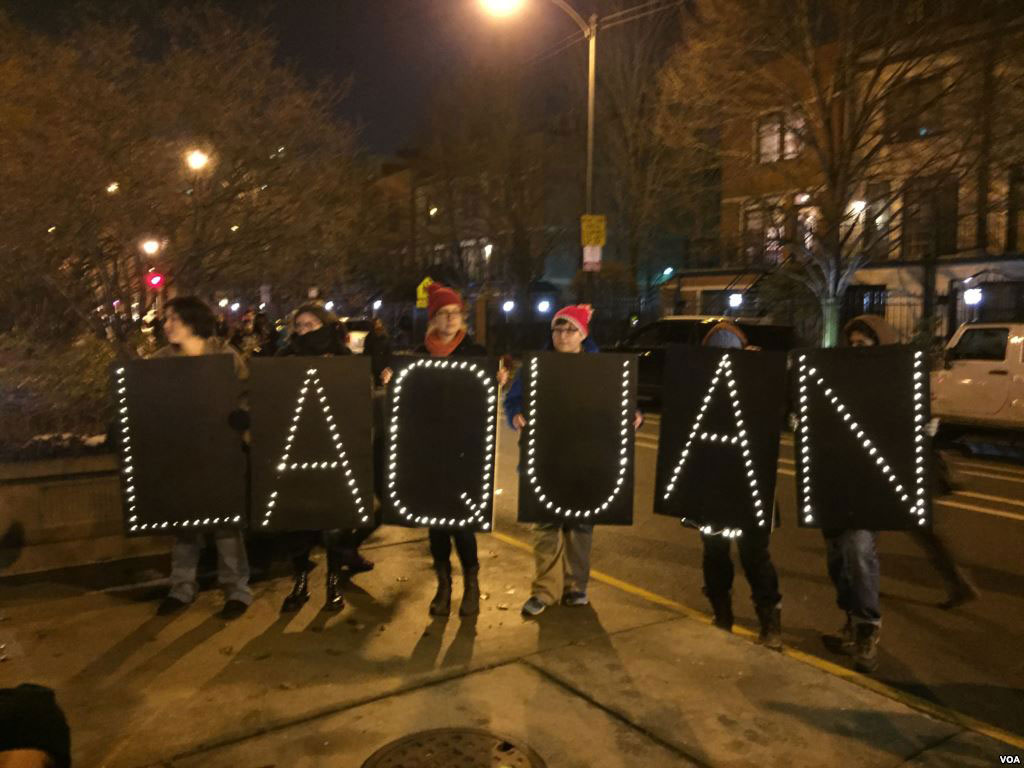 The Killing of Laquan McDonald

In October 2014, Laquan McDonald was shot and skilled by police officer Jason Van Dyke.  Thirteen months later, the recorded incident was released to the public. The day before its release, Van Dyke was arrested for first-degree murder.

The disturbing video shows seventeen-year-old McDonald being shot for fifteen seconds—the majority for which he was down on the ground. At the time of the shooting, a spokesperson for Chicago’s police union said that Police Officer Van Dyke had fired his gun after McDonald lunged at him with a knife but the video shows he was first shot while veering away from the officers. An autopsy revealed that Van Dyke shot McDonald a total of sixteen times.

Public officials and the police department knew about the video for 400 days. Chicago Mayor Rahm Emanuel said that the video was not released earlier because of concerns it could taint a federal and state investigation; however, Justice Department officials said that the department never requested that the city withhold the video. Because a journalist working on the case sued for release of the video, a county judge ordered the city to make it public. In the wake of these public revelations, the Police Superintendent was been dismissed by Mayor Rahm Emanuel.

In October 5, 2018, Van Dyke was found guilty of second-degree murder and sixteen counts of aggravated battery with a firearm; he was sentenced to six years and nine months in prison.

The backdrop and context of this incident cannot be ignored. For the last several years, this country has been engaged in a public conversation about high-profile cases of African American and Latinx men being killed at the hands of the police: Freddie Gray, Walter Scott, Michael Brown, Eric Garner and others. The Black Lives Matter movement has galvanized issues of implicit bias and the racial disparities in the criminal justice system, shining a light on the problem and offering policy recommendations. The McDonald case stands out in particular because of the horrific nature of the video, the arrest of the officer for first-degree murder and finally—and maybe most importantly—the length of time it took for the video to see the light of day and in what many people are calling a “cover up.”

In the midst of disturbing media reports and videos covering these incidents, it is critical to remember that the majority of police officers chose a career in law enforcement because they want to do good in their communities and aim to perform their responsibilities with honor and integrity. They put their lives on the line everyday as they aim to protect the public and uphold the law.

What Message This Conveys to Young People

As parents, educators and others who work with young people, however, we need to carefully consider the message this latest incident conveys to young people about what to do when they witness injustice. Anti-bias education teaches young people what bias is and then how to address it; the overarching message is that we all have a responsibility to confront racism and all other forms of bigotry and that there a myriad of ways to intervene and be an ally. We teach students how to do something.

Although bullying and bias in schools is not the same as an alleged murder such as in this case, there are some useful lessons in what we tell children about how to behave when faced with bias. We say that acting as a bystander is not enough. We promote the concept that when you see bias and discrimination, you should do something. And we teach them that there are many ways to act as an ally.

One way is to not participate. If we use that concept and apply it to this incident, we see that there were people in authority who, instead of not joining in, participated in the injustice by not speaking up about the incident and not taking action when the alleged murder was committed. Further, it took the city more than a year to arrest the perpetrator of the crime and some have said that many officials were actively involved in a “cover up.”

We teach students that another way to be an ally is to tell the aggressor to stop. We don’t see any indication from the video—on the part of the other officers standing by—that Officer Van Dyke was told to stop what he was doing to Laquan McDonald. After the incident, the other police officers did not come forward to bear witness to what they saw. And again, it took thirteen months for the video to be seen by the public.

“Get to know people instead of judging them” is another critical intervention strategy. While we don’t know what was in the hearts and minds of Officer Van Dyke, the other police officers or the officials who kept the video under wraps all that time, it seems possible that implicit bias played a part and that the pattern of African American men being more likely to be killed by police officers is germane.

Fourth, we encourage young people to inform a trusted adult. The fundamental idea is that if a child tells a trusted adult about an incident of bias, bullying or discrimination, that adult will do something about it. In this case, the “trusted adults” would be the public officials and police department (who had the video) because they are authority figures with power. One of the reasons dashcams exist is to provide evidence when police officers use unnecessary or excessive force and once they had this information, they should have done something immediately rather than waiting for a court order to force them to make it public.

The collective shock and dismay around this case, the protests that have been taking place in Chicago, the firing of the Chicago Police Superintendent and the arrest of Police Officer Van Dyke will not bring Laquan McDonald back. If public officials and the police department had acted the way we tell young people to act, things may have turned out very differently. Perhaps if we can glean something instructive from this case, namely our responsibility to be an ally in confronting injustice, we will finally begin to turn this around.