William Johnson, the head of the white supremacist American Freedom Party (AFP), has paid for a series of robocalls and radio time in Iowa in support of Donald Trump’s candidacy. In a recent interview on CNN, Trump disavowed the robocalls but said that “people are angry at what’s going on.”

On the calls, Johnson urges people to support Trump while referring to  himself as a farmer and a white nationalist. The calls also include a pitch for Trump from another white supremacist, Jared Taylor, who runs the American Renaissance website. The site features articles that purport to demonstrate the intellectual and cultural superiority of whites. 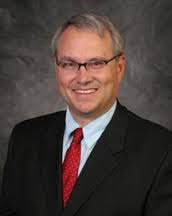 While Johnson projects a suit and tie image as a lawyer and activist, he has long courted the more hardcore members of the white supremacist movement. This past summer, he was a speaker at Camp Comradery 2015, a white supremacist event in Bakersfield, California, that included racist skinheads from various groups, including Blood and Honor, Golden State Skinheads and California Skinheads.

At the event, Johnson encouraged attendees to run for political office and to promote a pro-white message to the public.

Another speaker at the event was Matthew Heimbach, the founder of the white supremacist Traditionalist Youth Network, and a virulent anti-Semite. At the event, Heimbach gave a speech blaming Jews for destroying the white race.

In February 2012, Johnson attended a demonstration in Los Angeles for the South Africa Project, a national initiative to advocate against alleged white genocide in South Africa. A number of racist skinheads participated in the event.

For years, Johnson has promoted the idea of a white ethno-state in America. In the 1980s, Johnson, under the pseudonym “James O. Pace,” promoted a scheme called the “Pace Amendment” to a variety of people, including members of the U.S. Congress and state legislatures.

The Pace Amendment would have eliminated the Fourteenth Amendment (which grants automatic citizenship to anyone born in the United States) and limited citizenship only to “non-Hispanic whites of the European race, in whom there is no ascertainable trace of Negro Blood, nor more than one-eighth Mongolian, Asian, Asia Minor, Middle Eastern, Semitic, Near Eastern, American Indian, Malay or other non-European or non-white blood.” Those who did not fit this category, including Jews, would be repatriated to places deemed their countries of origin.

A 1987 ADL report on the Pace Amendment identified ties between Johnson and a range of neo-Nazi organizations and leaders, including the now-deceased Richard Butler, then leader of the neo-Nazi group Aryan Nations; Dan Gayman, a leader in the white supremacist Christian Identity movement; and Tom Metzger, who was closely aligned with the racist skinhead movement in the 1980s and 1990s. Johnson is also a long-time associate of Klan leader Thom Robb and has been a guest speaker at Robb’s events.

While Johnson is purportedly trying to reach out to disaffected whites on behalf of Trump, he presumably would like to win those same people over to his white supremacist ideology.

As a 501(c )(3) non-profit orga­ni­za­tion, the Anti-Defamation League does not sup­port or oppose can­di­dates for polit­i­cal office.