Why the ‘Roots’ Remake Matters 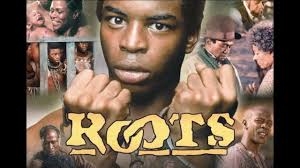 Beginning on Memorial Day and for four consecutive evenings this week, the History Channel will air its 2016 version of ‘Roots,’ a remake of the 1977 television miniseries based on Alex Haley’s classic novel Roots: The Saga of An American Family.  The book is an historical portrait of American slavery based on Haley’s heritage dating back to 1750 in the West African village of Juffure and how his family’s saga unfolded over seven generations. During the original airing of the miniseries, 130 million viewers watched, representing 85% of U.S. households. The original version received 36 Emmy nominations with 9 wins.

Executive Producer Mark Wolper, son of the original ‘Roots’ executive producer David Wolper, explained that he created the new version because ‘Roots’ needed a reboot for the current generation of young people. In attempting to show the original version to his children, he realized that while they understood its importance, they thought it was dated, didn’t have much relevance to them and found it boring and lukewarm.  He thought to himself, “Wow! Perhaps we need to remake it with a different sensibility and with a different set of actors."

The History Channel’s ‘Roots’ explores the lives of enslaved individuals and spans multiple generations; the lineage begins with young Kunta Kinte, who is captured in his homeland of The Gambia and transported in brutal conditions to colonial America where he’s sold into slavery.  The miniseries contains some very graphic and intense scenes depicting the physical and sexual violence endured by enslaved people. It is rated TV-14 and is not recommended for children under 14.

Slavery is an important topic to teach and at the same time, it can be challenging and overwhelming, especially for young people. The facts are complex and there are many layers to teaching it comprehensively. In addition, emotions can run very high in classroom discussions. As a result, many teachers shy away from the topic at a great loss to young people’s education. When teachers do have the opportunity to teach about slavery, there are a wide variety of topics to focus on including: the roots and history of transatlantic slavery; the rich, complex and varied history and culture of African countries and people prior to slavery; challenging stereotypes of people of African heritage; the root causes of slavery including white supremacy and its impact on society; the enslavement experience in the U.S.; resistance and rebellion of enslaved people, abolitionism; the Civil War; the Reconstruction era and much more.

According to the History Channel’s Education Guide, the key themes explored in the 2016 ‘Roots’ miniseries, which are also elements of anti-bias education, include:

In addition to these themes, the concept of resistance that is present throughout the series is an important one to explore with young people. As Levar Burton, the original Kunta Kinte in the 1977 version and co-producer of the 2016 version, says, “The emphasis is on resistance and rebellion as a pathway to redemption.” Whenever we teach young people about a time in history of oppression and injustice, it can feel very demoralizing and disempowering if we only tell them about the persecution.  Instead, it is important to convey we (as individuals and the collective we) are not powerless in the face of injustice and we can stand up and fight back. Similar to teaching about the cultural and spiritual resistance during the Holocaust, we want to highlight for young people that people resisted and that they overcame.

The relevance to today's issues raised by the Black Lives Matter movement, specifically violence against people of color and the racial disproportionality in the criminal justice system, are ones that can be explored and connections made. It is important that people know and understand their history and heritage and reflect on connecting the past to the present. Malachi Kirby, the 26-year-old British actor who plays Kunta Kinte in the new series said: “These things happened. And they’re happening today.”

The 1977 ‘Roots’ was a profound American phenomenon, its impact deep and vast. The reboot will bring the topic alive for young people today and provide educators and families with a contemporary context within which to explore modern day manifestations of racial injustice.