Yom Hashoah in the Era of COVID-19: Connecting Israeli students with Holocaust Survivors 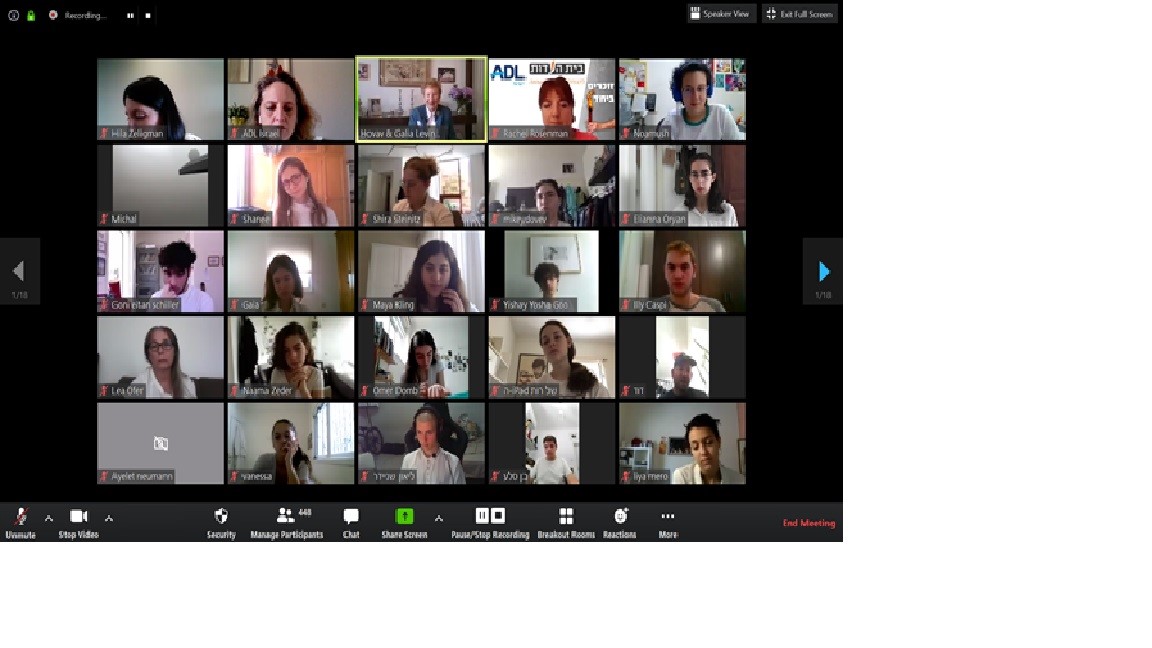 The further away we get from the Holocaust, and with the passing of the last generation of survivors, the importance of commemorating the Holocaust – its historical facts as well as the personal stories – becomes even more urgent, even in Israel, the Jewish State.

But with the spread of COVID-19 preventing in-person gatherings and posing a serious threat, especially to senior citizens, this year’s commemoration of Holocaust Remembrance Day was especially challenging. Yet it also presented an opportunity to mark the day in new and innovative ways.

Using videoconferencing technology, ADL’s Israel Office established an initiative aimed at making the memory and lessons of the Holocaust “live” for students stuck at home by bringing them into contact with quarantined Holocaust survivors. The series of six webinars, titled “Zoom In: Holocaust Survivors Tell Their Stories from Home,” was presented in collaboration with The Testimony House, a Holocaust Museum located in Nir Galim. 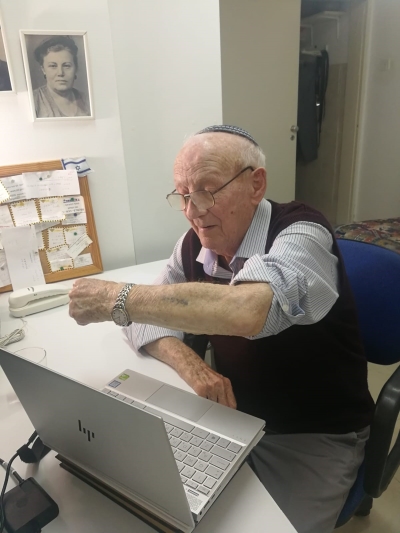 Each session began with an introduction by ADL experts on antisemitic conspiracy theories linked to the outbreak of COVID-19, followed by remarks from a Holocaust survivor who shared their personal story. In total, the webinars were viewed by more than 4,500 high school students, teachers and soldiers from more than 40 schools and Israeli military units, ranging from cities like Eilat in the south to Safed in the north.

The participating survivors – Eliezer Shimoni, Avraham David (Dugo) Leitner, Sarah Weinstein, Esther Magdi Ungar and Shayu Deutsch – talked about their childhood experiences during the Holocaust, and shared stories of heroism, bravery and courage. They also conveyed an important message to the younger generation about the strength of the human spirit in times of crisis, as well as about values ​​of unity and mutual responsibility. The webinar participants were given the opportunity to ask questions after hearing the survivor’s testimony.

Sarah, who during the Holocaust hid for two years in the Ukrainian woods with her family, connected her experience to how she is dealing with the Coronavirus crisis: "Every morning I get up and I say: I'm in heaven. I have a warm bed, plenty of food and a home. I was in a difficult situation in the forest at minus 25 degrees. I want to tell the younger generation: Be united. Safeguard our homeland. We will overcome this lockdown." 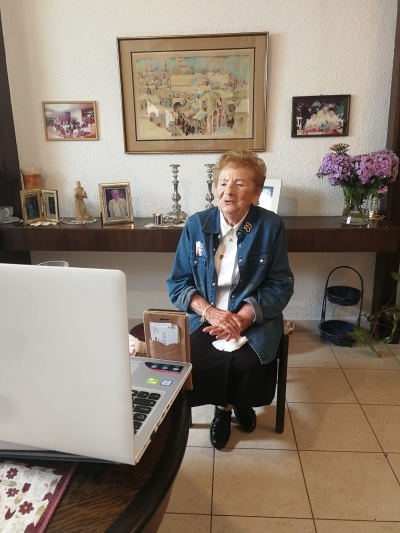 In normal circumstances, a webinar on this most serious topic would have been considered too impersonal.  However, we discovered that these sessions, during this time of global crisis, created a uniquely intimate environment.  The Holocaust survivors were speaking from their own homes, from within their natural and safe environment, to the students, who were also sitting in their own homes, creating a very dynamic interaction. In that sense, the technology enabled the students to "enter" the survivor's home, bringing them and their personal story somewhat closer.

One of the most moving moments occurred when all the Zoom participants, dressed in white shirts, stood together for a minute of silence, when the siren, which is sounded each year across Israel in commemoration of Holocaust Day, was sounded.

The gathering concluded with a powerful rendition of “Hatikvah,” Israel’s national anthem, sung together by all of the webinar participants together with the Holocaust survivors. These moments demonstrated that, despite being physically separated, technology can be a very effective medium for bringing people of all ages and backgrounds together to learn, share stories, and convey a sense of unity over a common purpose.