Overview: This disinformation campaign, created on Telegram and promoted by white supremacists, is a blatant attempt to sow division and exacerbate tensions.

Like the #AllWhitesAreNazis Twitter campaign, these images and memes are an effort to sow division between racial groups in an era of widespread protests in support of Black Lives Matter. Unlike the #AWAN campaign, however, Black Lives Matter Global content features a more explicit call for Black separatism, with propaganda that calls out interracial relationships and encourages Black Americans to settle in African countries.

The Black Lives Matter Global campaign frequently includes calls for violence, antisemitic tropes, and extreme, divisive rhetoric. Posts include statements like “WE HAVE TO EXTERMINATE WHITE PEOPLE OFF THE FACE OF THE PLANET,” “WE DEMAND THE STERILISATION OF ALL HYBRIDS,” and “IS THE REASON THERE ARE NO MOVIES ABOUT JEWISH SLAVE OWNERS BECAUSE JEWS CONTROL HOLLYWOOD?” Black Lives Matter Global intentionally places hashtags within images, rather than in the text of a post, in order to avoid detection from content moderators. Some of the posts from Telegram have been shared on Facebook. 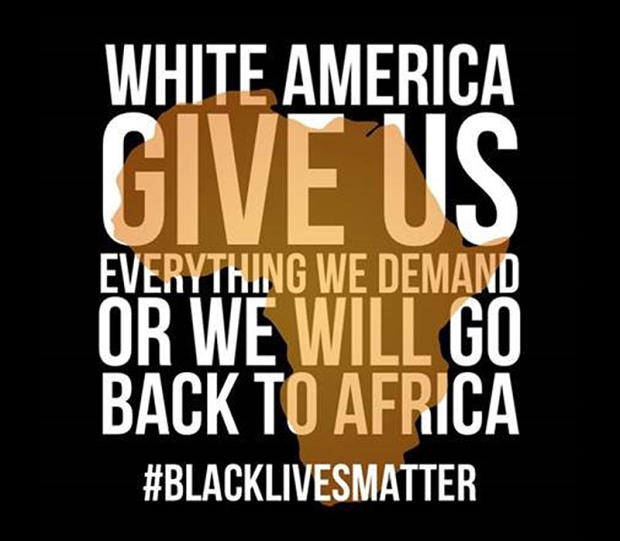 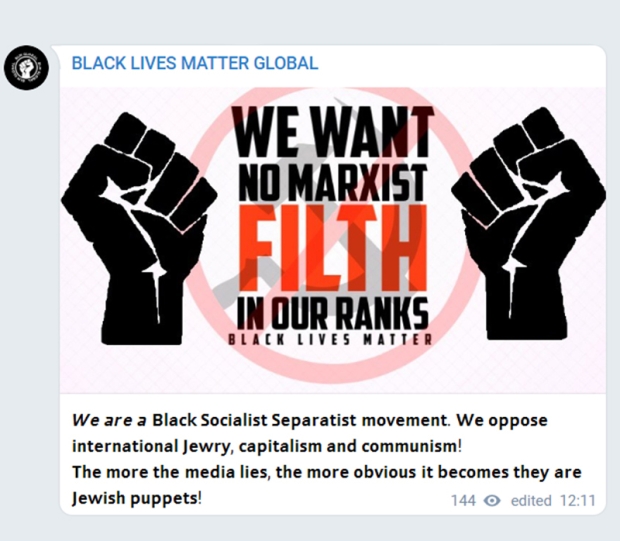