Bias, Bullying and Bad Behavior in the NFL 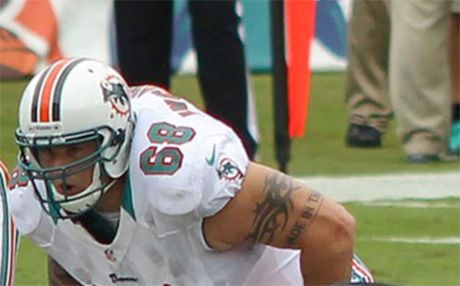 This lesson provides an opportunity for students to reflect on the news story about two Miami Dolphins football players in a situation involving bullying and bias, and which resulted in one player leaving the team and the other player’s suspension. The situation has launched a national conversation about bullying, hazing, masculinity, physical and verbal abuse and locker room behavior. ADL has issued a statement calling on the Dolphins and the NFL to investigate the allegations of bullying.

[Addendum to this lesson as of February 20, 2014] During the 2013 football season, the Miami Dolphins requested that the NFL investigate the allegations of misconduct. The NFL then commissioned an independent report which was issued in February 2014. The report concluded that the three starters on the Dolphins offensive line, Richie Incognito, John Jerry and Mike Pouncey, engaged in a pattern of harassment directed at not only Jonathan Martin, but also another young Dolphins offensive lineman. The 144-page report, Report to the National Football League Concerning Issues of Workplace Conduct at the Miami Dolphins is available for reading. As a follow-up to the lesson, teachers can have their students read sections of the full report or a summary of the report in the New York Times February 14, 2014 article “‘A Classic Case of Bullying’ on the Dolphins, Report Finds” to discuss its findings.