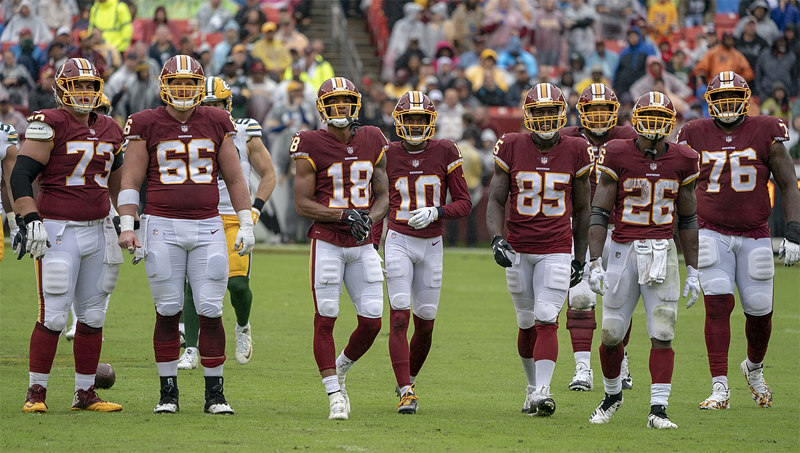 The decades-old controversy over the Washington Redskins name is in the news again. In early July 2020, FedEx, Nike and other major sponsors of the N.F.L. football team asked the team to change its name, which is considered a racist slur against Native American people. In addition, several Native American leaders and organizations wrote to N.F.L. Commissioner Roger Goodell, demanding that the name be changed. As a result, in July 2020, the team announced: "In light of recent events around our country and feedback from our community, the Washington Redskins are announcing the team will undergo a through review of the team's name."

On July 13, 2020, the team released a press release officially announcing that they plan to change the team's name. In it, they said, "Today we are announcing we will be retiring the Redskins name and logo upon completion of this review." They are now working to develop a new name and design.

"Redskin" is an offensive epithet

As a result, terms such as “redskin” have almost disappeared from common usage except for sports teams. Even with sports teams, there used to be more than 3,000 teams with Native American names and mascots. That has been steadily in decline; currently there are fewer than 1,000 high school, college and professional teams that use Native American mascots. One other NFL team, the Kansas City Chiefs, has a Native American-themed name. Major League Baseball has two Native American named teams: the Atlanta Braves (known for their “Tomahawk Chop” at games) and the Cleveland Indians. There is also one National Hockey League team, the Chicago Blackhawks.

History of pressure to change the name

In 2014, fifty U.S. Senators signed a letter asking the N.F.L. to push for a name change of the Washington D.C. football team. Also in 2014, the U.S. Patent and Trademark Office revoked the trademark of the N.F.L.’s Washington Redskins for the second time. At the time, President Obama said, “If I were the owner of the team and I knew that there was a name of my team—even if it had a storied history—that was offending a sizable group of people, I’d think about changing it.” In 2015, California became the first state to ban public schools from using "Redskins" as a team name, nickname or mascot.