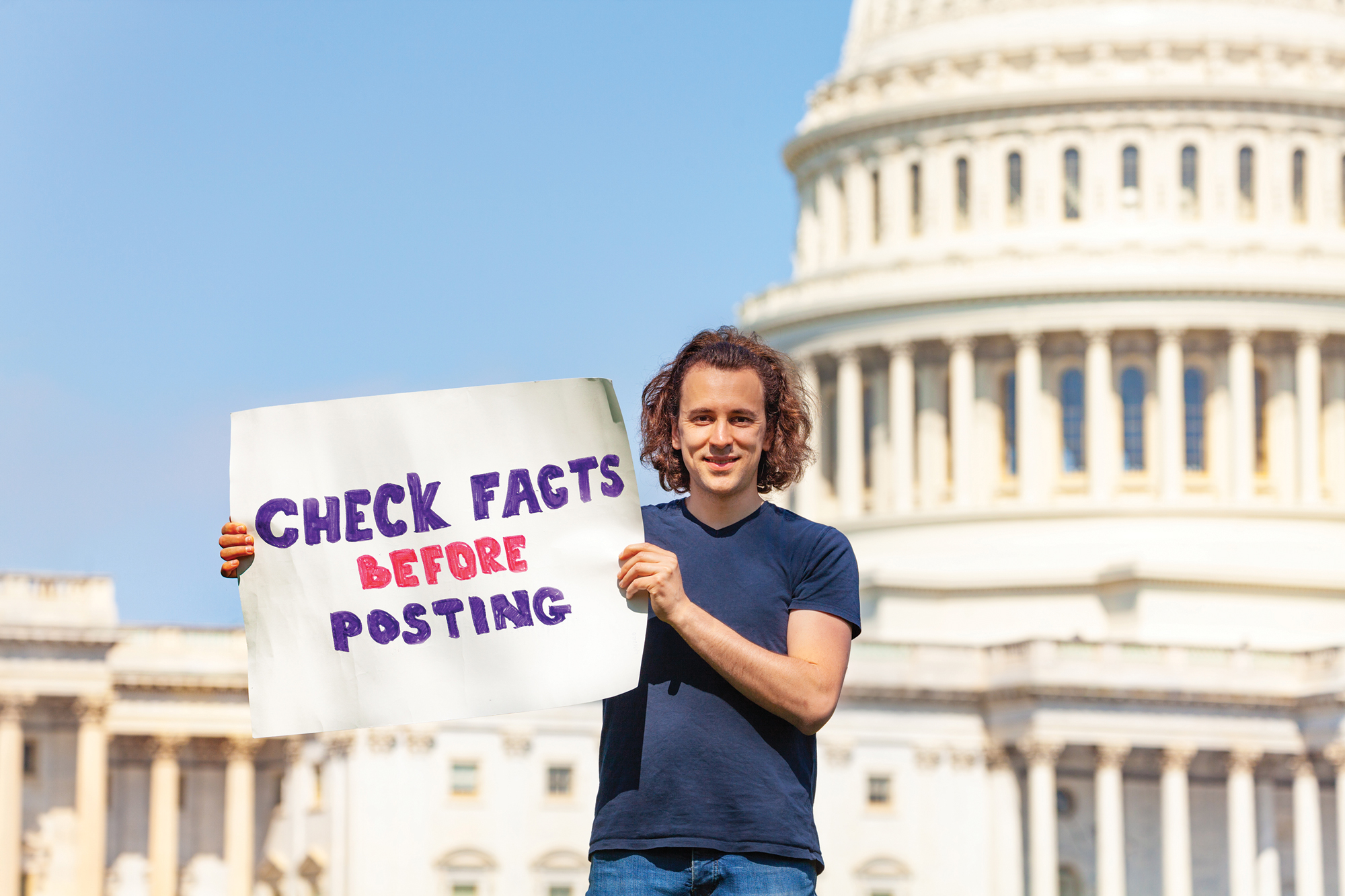 The Purpose and Power of Protest

For Educators | For Parents, Families, and Caregivers | For Students | 10 and up

On Wednesday, January 6, 2021, Congress met in the U.S. Capitol to count electoral votes and certify the results of the 2020 Presidential election. This is a formality that takes place every four years under our country’s system for choosing its President and Vice President. While this took place, a violent mob of right-wing extremists and others, who came to Washington, D.C. (and several state capitals) to disrupt and overturn the results of the Presidential election, stormed the Capitol. Their goal was to disrupt the count of electoral college ballots that would formally certify Joe Biden’s victory. As House and Senate lawmakers held their floor debates, angry rioters—many wearing and carrying white supremacist symbolism—invaded the Capitol building, spewing rage and hate. To date, five people have died, including one Capitol Police officer.

One factor that led to these events is the viral spread of disinformation across the internet, including on major social media platforms.

Pew Research Center reports that television is still the most popular platform (49%) for news consumption. News websites and social media are not far behind at 43%. Sixty-nine percent of people get their news from people they are close to and 34% get it from those with whom they are not particularly close.

Amid the 24/7 news cycle, with people getting their news online, via social media and from people familiar and unfamiliar, there is a lot of false information out there. And it spreads quickly. Both misinformation and disinformation are sometimes referred to as “false news.” The difference between them is their intent to mislead and where they originate.

What happened around the election is a prime example of misinformation and disinformation. President Trump and others in power used disinformation to mislead their followers and the general public about the election results. They spread the false and thoroughly debunked disinformation that there had been massive voter fraud in the presidential election and that President Trump had won in a landslide. Every ballot recount and court challenge has shown this to be false. The election was deemed the most secure in American history by the Elections Infrastructure Government Coordinating Council & Election Infrastructure Sector Coordinating Executive Committees.

However, the President and his supporters have many platforms and a megaphone to be heard, over and over. As a result, the disinformation spreads quickly. Followers, supporters and others do not necessarily know it is untrue and may not understand its intent to mislead. In turn, they share it with others, and it spreads rapidly and exponentially online.

There are other forms of “false news,” including tabloid news, satirical news and “fake news.” Fake news is often spread by websites that publish untrue or fake information to drive web traffic to the site. The goal of fake news is to mislead readers to believe the stories and to make money through advertising. Since these fake news websites came to light during the 2016 election, politicians and others use the term “fake news” to describe news they don’t like, disagree with or news that casts them in a negative light.

False information about the election spreads

Just before the invasion of the Capitol, the group listened to President Trump speak for more than an hour, repeating his false claims that the election was stolen from him through voter fraud. This was hardly the first time his supporters had heard this rhetoric about the election. During the 2020 Presidential campaign, the President asserted repeatedly that the election was “rigged” and that there was massive “election fraud” that robbed him of victory. He said this in speeches, interviews, on social media, during campaign events and at debates. On Election Night before all of the votes were counted but when preliminary results favored Biden, Trump said, “This is a fraud on the American public. This is an embarrassment to our country.”

It is important to understand that these supporters, rioters, insurrectionists and right-wing extremists had been told over and over that the election results were not valid, that there was massive voter fraud, and that President Trump had won the election by a landslide. In disputing the results of the election, they were acting on the disinformation and misinformation they had received repeatedly up to and including on that day.

In the wake of the events that unfolded on January 6, false news continued to spread. Bernard Kerik (former NYPD Commissioner), Lin Wood (an attorney and political commentator) and others—all with massive Twitter followings—falsely blamed this coup attempt on Antifa (anti-fascist protest movement).

The danger of disinformation

The danger of disinformation and other false news is evident in what happened at the U.S. Capitol on January 6, 2021. The Capitol was breached and occupied for hours. Rioters invaded the building, wreaking havoc when they entered the two Chambers and the offices of members of Congress. They carried Confederate flags and other symbols of hate and bias. They littered the building with broken glass, banners and used cigarettes; furniture and walls were left covered in blood. Members of Congress and the country were terrorized and remain anxious and frightened.

There is a direct connection between this attack and the spread of disinformation. Disinformation about widespread voter fraud and election rigging had been spreading for weeks, months and years leading up to this day. On December 20, Trump tweeted: “Statistically impossible to have lost the 2020 Election. Big protest in DC on January 6th. Be there, will be wild!”

How to check whether news is real or false

There are a variety of ways to assess whether news is real or false. Some strategies include: consider the source of the news; read beyond the headlines; double and triple check news sources and use a variety of reliable news sources regularly; use fact checking websites; reflect on your own confirmation bias (the tendency to interpret new evidence as confirmation of one's existing beliefs); and check whether the news is a joke or satirical news.