What is the Electoral College and Why Is it Controversial? 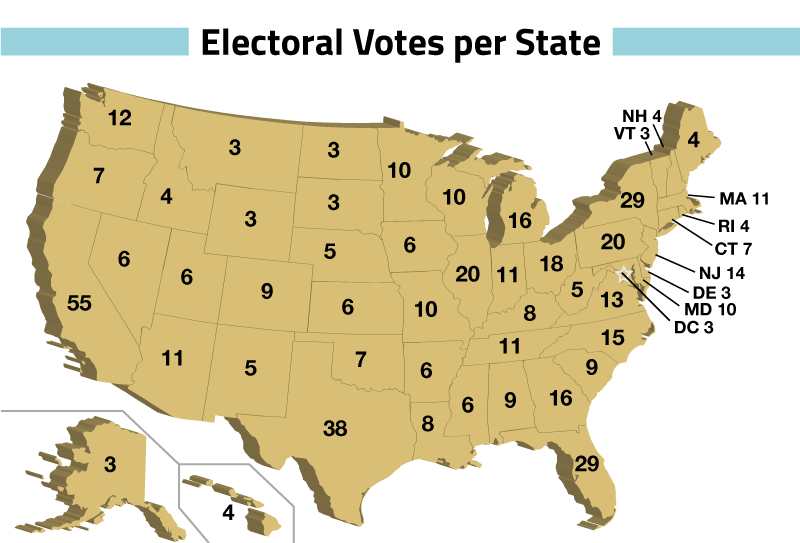 For Educators | For Parents, Families, and Caregivers | Ages 10 and up

In the early days of our country’s formation, deciding on the process for electing a U.S. President was a controversial topic. Some suggested that Congress should choose the President. Others argued that it should be a democratic vote by the people. The compromise was the Electoral College, which has been in effect ever since.

How the Electoral College works

Based on the Electoral College, Presidential campaigns prioritize victories in states that will total more than 270 electoral votes, rather than trying to win the most actual direct votes nationwide. The key reason for this strategy is that in every state, except Nebraska and Maine, the candidate who wins the most votes in a state also wins all the electors from that state, regardless of the margin of victory. This winner-take-all electoral system makes it possible for one candidate to get more votes nationwide, but a different candidate to win in the Electoral College and ultimately, win the Presidency.

Rationale for the Electoral College

Many believe that the origins of the Electoral College are more complex. One theory is that its roots are in slavery. If there had been no Electoral College, the South would have lost every Presidential election because a large percentage of the Southern population were enslaved people who could not vote. Instead, eight of the first nine Presidential races were won by a Virginian based on electoral votes.

Another common theory about the justification for the Electoral College is that it prevented Presidential candidates from ignoring the smaller, less populated states while running for election. If the outcome was just based on the popular vote, candidates could focus primarily on high-population states and urban centers and mostly ignore smaller states and more rural areas of the country.

There have been five times in U.S. history when the candidate who won the Electoral College (and ultimately won the election) did not get the most popular votes. It happened in 1824, 1876, 1888 and in the last two out of five Presidential elections (in 2000 won by George W. Bush and 2016 won by Donald Trump), when the Presidential election was determined by the Electoral College, not the popular vote.

Critics of the Electoral College believe that it compromises the “one person, one vote” principle and it is less democratic than a popular vote. Not only can someone win the presidency without winning the popular vote, another consequence is that it influences how and where candidates campaign.  Under the current system, if it seems clear that one candidate is likely to win a particular state, there is no reason for the other candidate to campaign in that state and try to capture any votes. As a result, rather than visiting as many states as they can, candidates end up focusing their time and resources on a small number of “swing states.” (Swing states are states that can reasonably be won by either the Democratic or Republican Presidential candidate and these states are often targeted for campaigning by both parties.)  This practice contradicts the idea that Presidential candidates should share their platform and seek as many votes as possible in every state across the whole country.

Individual states have the responsibility of overseeing federal elections and make decisions about their state’s election and voting laws and policies. Each state has the power to adopt and implement critical policies that expand or restrict voting. These policies include voter accessibility laws like early voting, mail-in voting, same-day registration voting, and voter ID laws. This means that the state you live in plays an important role in determining your ability to vote and how much your vote matters.

Public opinion about the Electoral College