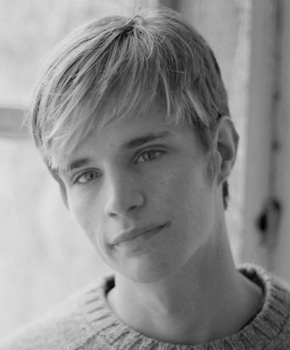 Matthew Shepard was a 21-year-old freshman at the University of Wyoming where he studied political science, foreign relations and languages. On October 7, 1998, a few hours after he had attended a planning meeting for Gay Awareness Week events on campus, Shepard was tortured and murdered by two men in a remote area east of Laramie, Wyoming, the victim of a heinous hate crime. The son of Judy and Dennis Shepard, Shepard attended public school in Casper, Wyoming until his junior year of high school when he moved with his family to Saudi Arabia. He finished high school at The American School in Switzerland because there were no American high schools in Saudi Arabia at the time. In both Wyoming and Switzerland, he was elected by his peers to be a peer counselor. He was easy to talk to, made friends easily and actively fought for the acceptance of all people. Shepard had a great passion for equality. His experiences abroad fueled his love for travel and gave him the chance to make many new friends from around the world.

Shepard’s life and untimely death changed the way we talk about, and deal with, hate in America. Since his death, Matt’s legacy has challenged and inspired millions of individuals to stand up to hate in all its forms. Although Matt’s life was too short, his story continues to have a great impact on young and old alike. His legacy lives on in thousands of people who actively fight to replace hate with understanding, compassion and acceptance.