If you are looking for books to read aloud, read together or discuss in your family, we are here to help.

Each month, we select a Monthly Featured Book from Books Matter™, ADL’s collection of picture books, chapter books and young adult literature that address issues of identity, diversity, bias, bullying and hate. Each featured book comes with two discussion guides: one for the classroom and one for the home. Our parent/family discussion guides include conversation starters, talking points, related books and additional resources. 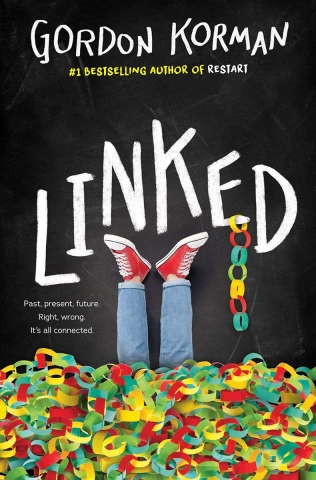 Link, Michael, and Dana live in a quiet town. But it's woken up very quickly when someone sneaks into school and vandalizes it with a swastika. Nobody can believe it. How could such a symbol of hate end up in the middle of their school? Who would do such a thing? Because Michael was the first person to see it, he's the first suspect. Because Link is one of the most popular guys in school, everyone's looking to him to figure it out. And because Dana's the only Jewish girl in the whole town, everyone's treating her more like an outsider than ever. The mystery deepens as more swastikas begin to appear. Some students decide to fight back and start a project to bring people together instead of dividing them further. The closer Link, Michael, and Dana get to the truth, the more there is to face-not just the crimes of the present, but the crimes of the past.

The ABCs of Black History

When Stars Are Scattered

The Ninth Night of Hanukkah

Planting Stories: The Life of Librarian and Storyteller Pura Belpré

Areli is a Dreamer

Too Bright to See

Parker Looks Up: An Extraordinary Moment

You Don't Know Everything, Jilly P!

Equality's Call: The Story of Voting Rights in America

Your Name is a Song

A Map into the World

I Remember: Poems and Pictures of Heritage

When Aidan Became a Brother

The Boy at the Back of the Class

Pride: The Story of Harvey Milk and the Rainbow Flag

The Day You Begin

Alma and How She Got Her Name

Ivy Aberdeen’s Letter to the World

She Persisted: 13 American Women Who Changed the World

I Walk with Vanessa

Nathan Blows Out the Hanukkah Candles

When We Were Alone

Pablo Neruda: Poet of the People

Brave Girl: Clara and the Shirtwaist Makers' Strike of 1909

Out of My Mind

Mango, Abuela, and Me

Mama's Nightingale: A Story of Immigration and Separation

The Blossoming Universe of Violet Diamond

Brothers in Hope: The Story of the Lost Boys of Sudan

Fish For Jimmy: Inspired by One Family’s Experience in a Japanese American Internment Camp

Sonia Sotomayor: A Judge Grows in the Bronx

Little Melba and Her Big Trombone

The Year of the Rat

Confessions of a Former Bully

How Tia Lola Came to Stay

Separate Is Never Equal: Sylvia Mendez and Her Family’s Fight for Desegregation