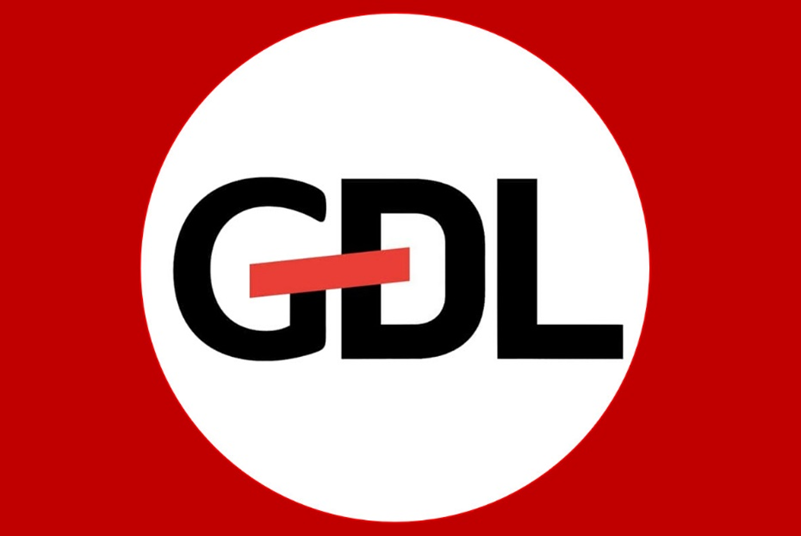 Goyim Defense League (GDL) is a small network of virulently antisemitic provocateurs led by Jon Minadeo II who moved from Petaluma, California to Florida in December 2022. GDL parodies the Anti-Defamation League’s name and logo by replacing “Anti-Defamation” with “Goyim Defense” -- “Goyim” being a disparaging Yiddish and Hebrew word for non-Jews.

GDL’s overarching goal is to cast aspersions on Jews and spread antisemitic myths and conspiracy theories. This includes frequent references to Jews having undue power through their “control” of major institutions such as media networks, the economy or the government, or disparaging Jews as degenerates who molest children and advocate for pornography, abortion and LGBTQ+ communities. GDL maintains that the Holocaust is a Jewish lie, and accounts of the Holocaust are merely propaganda or lies generated by Jews for their own benefit. Similarly, the GDL says that Jews were responsible for the 9/11 terrorist attack on New York and Israel intentionally targeted a U.S. warship during the height of the 1967 Six-Day War.

Minadeo, who has been active for several years, first posted his antisemitic stunts on platforms such as YouTube, DLive and BitChute. After being de-platformed in May 2020, he and Dominic Di Giorgio, also known as Ned Flanders, of Port St Lucie, Florida, launched GoyimTV, a video streaming platform focused mainly on antisemitic content. Minadeo regularly uses the platform to post his podcasts and videos of his antisemitic exploits and homophobic rants. Over the course of 2020 and 2021, other GDL devotees began to do the same.

Minadeo and Di Giorgio in Florida – Telegram May 2021

GDL attracts a range of antisemites and white supremacists who are motivated and united by their hatred of Jews. They work alone, in small local cliques and occasionally travel across the country to participate in extended antisemitic events they refer to as “Name the Nose” tours.

Minadeo and other GDL activists often play to their various audiences, shouting “white power” when among white supremacists, criticizing Israel when speaking to Muslims or attempting to ingratiate themselves with Black people by repeating the antisemitic canard that Jews were responsible for the transatlantic slave trade.

In that vein, in late 2022, GDL sought to capitalize on the attention Ye (formerly known as Kanye West) garnered from his antisemitic antics. In October, the GDL along with the White Lives Matter network and NatSoc Florida dropped antisemitic banners supporting West in California, New York and Florida. They also used a laser projector to cast antisemitic messages onto buildings at TIAA Bank Field at the end of the Georgia/Florida football game in Jacksonville, with one reading, “Kanye is right about the Jews.”

In October 2022, Minadeo live streamed an interview with Ayo Kimathi (aka Irritated Genie), an antisemitic black nationalist and anti-LGBTQ+ bigot who published Jews are the Problem, a book that covers a myriad of perceived societal problems that he blames on the Jewish community including Covid-19, media censorship, food shortages, abortion, race-mixing, globalism, inflation, gas prices, pornography, feminism, lesbianism and homosexuality. During the stream, the two discussed how Jews pose a problem for both whites and blacks and called for a “temporary racial unification to cleanse the earth [of Jews].”

Despite allowing non-Jewish minorities to participate in their activities, white supremacist ideology is increasingly pervasive within GDL. In 2022, Minadeo crossed over into blatant white supremacism. During a July 2022 meet-up with the neo-Nazi Nationalist Social Club in New Hampshire, Minadeo acquired two neo-Nazi tattoos, including a Totenkopf on his arm and SS Boltson his torso courtesy of white supremacist tattoo artist Christopher A. Pohlhaus who relocated from Texas to Maine in 2022.

In November 2020, Brown, Di Giorgio and several other Florida-based GDL and NJEHA associates hung a banner from a Florida overpass that read, “Holocaust denial illegal in 16+ countries WHY??? GoyimTV,” then met on a beach where they poured lighter fluid in the shape of a swastika and lit it on fire. They also burned an Israeli flag. When Minadeo played the footage during a subsequent podcast he laughed and shouted, “He did a swasi!!! Oh! Sick! Oh! Nice! Light that kike flag!” and “Beach Nazi! White Power!”

In early December 2020, Brown introduced Minadeo to Travis Golie, an Illinois-based white supremacist, and Minadeo posted a lengthy interview with Golie. During the interview, Golie discussed his hateful ideology at length and claimed responsibility for the November 2020 distribution of thousands white supremacist fliers across 70 miles in central and northern Illinois. Minadeo responded, “You did some good work brother…70 miles of waking up the sleepy whiteys.”

Later in December, Minadeo interviewed Paul Miller, a Florida-based neo-Nazi accelerationist who gained notoriety in extremist circles for his racist and misogynist abuse via online chat app Omegle. Before his arrest in March 2021, Miller, also known as Gypsy Crusader, used the app to harass women and minorities while dressed as supervillain comic book characters, then posted these interactions online to entertain his followers.

Minadeo discussed during subsequent podcasts how “insanely popular” the tactic of Omegle “redpilling” had become, and posited that GDL could use the practice to attract people to GoyimTV. By the end of January 2021, Minadeo and at least three other GDL provocateurs had joined the league of more than 30 extremists who engage in Omegle trolling, many of whom livestream the antics and upload highlights to Telegram, a social media platform known for its lack of moderation.

Throughout 2021 and 2022, Minadeo used Telegram to build and expand the GDL network by promoting and interviewing other antisemites and white supremacists. For example, in January 2021, Minadeo began promoting white supremacist Robert Wilson of Chula Vista, California, by reposting Telegram videos of Wilson’s online trolling efforts under the pseudonym “Aryan Bacon.” By May 2021, Wilson was part of the GDL network and traveled to Florida to participate in the GDL tour along with approximately 20 other white supremacists and antisemites from states such as Florida, California, New Jersey, Colorado and New York. Wilson also participated in GDL’s October 2021, tour in Texas. And, in late 2021, Wilson posted a series of antisemitic banner drops from overpasses in Irvine, California.

Jovanni Valle, another Telegram troll and associate of Jason Brown’s, traveled from New York to participate in the Florida tour. In late 2022, Valle protested several LGBTQ+ events alongside other New York-based GDL associates. Over the years, Valle, also known as Jovi Val, has attended white supremacist events such as the 2018 “Unite the Right 2” rally in Washington D.C. and “Fash Bash 2019,” a NJEHA event celebrating Hitler’s 130th Birthday.

In preparation for GDL’s October Texas tour, Minadeo interviewed several Texas-based white supremacists who are well-known in white supremacist Telegram circles, including neo-Nazi Christopher A. Pohlhaus, aka Hammer, who uses Telegram to promote his white supremacist followers, or “Blood Tribe,” and to sell white supremacist merchandise, and Sean Sweat, aka Texas Vet, who is part of the “While Lives Matter” movement in Texas. Both men participated in GDL’s Texas tour and are now part of Minadeo’s network of supporters.

In addition to peddling antisemitic myths and conspiracy theories, the GDL engages in a range of antisemitic stunts to troll or otherwise harass Jews, and to draw attention to themselves. For example, in May 2021 Robert Wilson and Mineado drove through areas of Beverly Hills in a large moving truck covered in antisemitic and white supremacist banners.

GDL funds these activities through online solicitations and by selling merchandise in their online store. The site includes pro-GDL and GoyimTV hats and clothing, as well as t-shirts and stickers bearing antisemitic, anti-Israel, anti-left and homophobic messaging. In 2022, they added “swastika soap” and Hitler busts to their available merch.

The GDL’s primary activity is the distribution of antisemitic propaganda including occasional banner drops typically from overpasses on major thoroughfares. In 2022, ADL Center on Extremism recorded over 370 GDL propaganda incidents in 43 different states with the majority of incidents occurring in California, Florida, Texas, Georgia, South Carolina, Illinois and New York. This is a significant increase from the 74 GDL propaganda incidents recorded in 2021. The increase corresponds with the network's initiation of coordinated propaganda campaigns that began in December 2021. GDL’s 2022 propaganda blames the Jewish community for a variety of perceived social grievances, including immigration, pornography and abortion. 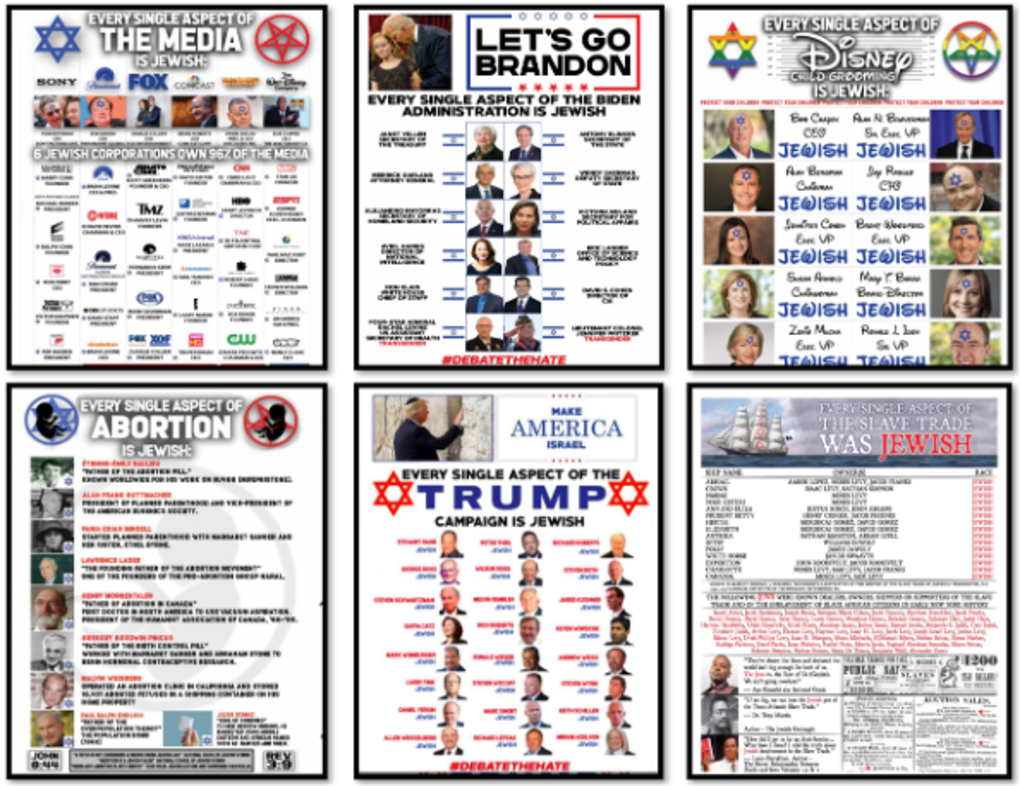 Sampling of fliers distributed by GDL in 2022

Name the Nose tours: On several occasions, GDL has led “Name the Nose” tours, which involve several days of antisemitic stunts. The most recent “tour,” in October 2021, involved approximately twenty-four individuals, including Minadeo, making appearances in Austin, San Antonio, Houston, Texas. The group harassed individuals on the streets and highways, distributed antisemitic propaganda and drove around in a van shouting profanity-laced slurs from the windows. Previous events included a May 2021 tour in central and south Florida, an August 2020 tour in California, and 2019 tour in Denver, Colorado.

Posing as Jews: GDL stunts often include wearing costumes or posing as Jews. This tactic dates back to 2019, when Minadeo first recorded himself driving around California in his car dressed mockingly as an Orthodox Jew. Referring to himself as “The Honest Rabbi,” Minadeo issued “confessions” and apologies on behalf of the Jewish people, claiming, for example, that he was “sorry” that Jews lied about the Holocaust and were responsible for the 9/11 terrorist attacks. 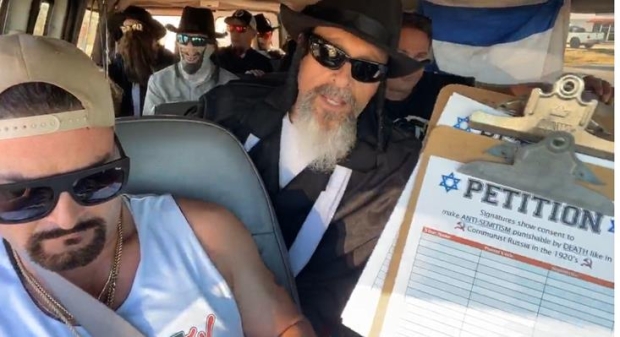 Minadeo with other GDL participants who posed as Jews while distributing propaganda in Canyon, Texas in 2021.

Cocoa, Florida, December 2022: Zachary John Parrott of Rockledge, Florida, was arrested for petit theft and carrying a concealed firearm after he and another man allegedly stole property from a construction company. After receiving a theft complaint, members of the Brevard County Sheriff’s office spotted the suspects’ vehicle and pulled them over. During the stop, a concealed handgun was reportedly found in Parrott’s pocket, and it was determined that he did not have a concealed weapons permit.

Newport, Rhode Island, October 2022: Nicholas Bysheim of Maryland and David Kim of Pennsylvania were cited for littering after officers caught them distributing antisemitic propaganda in Newport.

Jonesboro, Arkansas, September 2022: In September 2022, a circuit court judge found probable cause to charge Dustin Levi Hart of Swifton with aggravated assault with a firearm for allegedly waving a handgun around during a traffic incident. In June 2022, Hart allegedly verbally attacked his neighbors with “unwarranted and offensive profanity” and was cited with one count of harassment. According to images shared by Region 8 Newsdesk, Hart painted white supremacist symbols, a swastika and othala rune, on a private fence along with other offensive language. Hart was also in the news back in May 2020 after he and an unidentified woman stuck swastikas to their face masks while shopping in Santee, California.

Tillamook, Oregon, August and July 2022: Tillamook police arrested Matthew Dorminy, charging him with misdemeanor harassment, theft and criminal mischief following an incident in which he allegedly destroyed posters at a business and tried to replace them with GDL propaganda. He was also cited in July for affixing a flier to a vehicle or property without the owner’s permission.

Denton, Texas, March 2022: Anthony Joseph Hammer was arrested on federal charges of interstate communication of a threat following an FBI investigation focused on online threats made against the Anti-Defamation League in July 2021. During a March 2022 detention hearing, an agent with the FBI reportedly testified that Hammer also made death threats directed toward Pennsylvania Governor Tom Wolf in November 2020. Hammer has been active with a network of Texas-based white supremacists that hold small, localized demonstrations and distribute white supremacist and antisemitic propaganda including fliers from GDL.

Kyle, Texas, October 2021: Police in Tyler, Texas, arrested Dominic Di Giorgio for possession of a license plate flipper. A license plate flipper allows a car’s owner to rotate or “flip” between two license plates. Di Giorgio drove his personal van from Florida to Texas to participate in GDL’s “Name the Nose” tour and was using the van to drive members of the group during their antisemitic activities in the state. 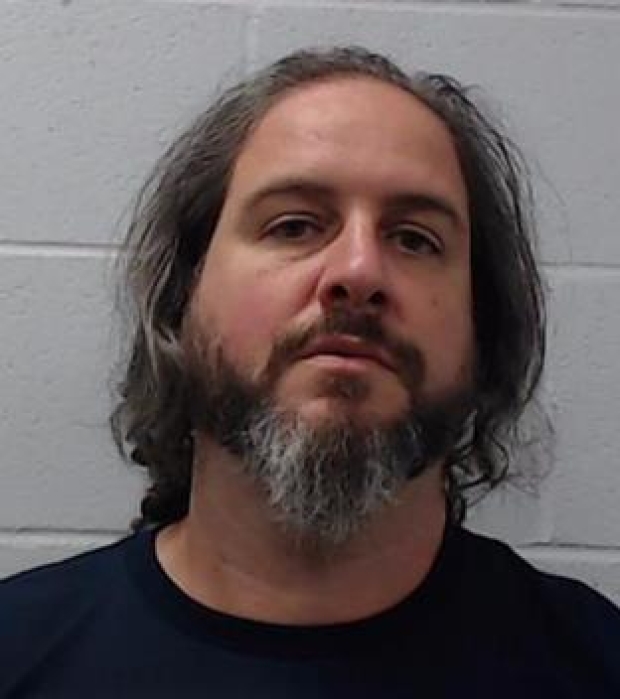