Nationalist Front, which was an umbrella organization led by the National Socialist Movement (NSM), was formed to unite various facets of the white supremacist movement. Its ultimate goal was to create a white ethno-state in America. Nationalist Front fell apart in late 2017-early 2018.

Nationalist Front promoted a virulent form of anti-Semitism, blaming many of the country’s problems on Jews. The organization believed that the dissolution of the U.S. government was the only way to build their ethno-state, which would be devoid of Jews and other minorities.

The group’s mission statement proclaimed, “We too in America can end the Federal tyranny and have a positive future for our people by establishing on the North American an ethnostate for our people. Each racial group in America can and should establish for themselves a nationalist community where they can be independent and govern themselves according to their culture and ethnic self interest [SIC].”

Between April 2016 and October 2017, the Nationalist Front (aka Aryan Nationalist Alliance) participated in several public rallies:

Pikeville, Kentucky, April 28, 2017: Several dozen NSM members, along with other groups associated with the Nationalist Front, participated in the NSM’s annual spring rally. 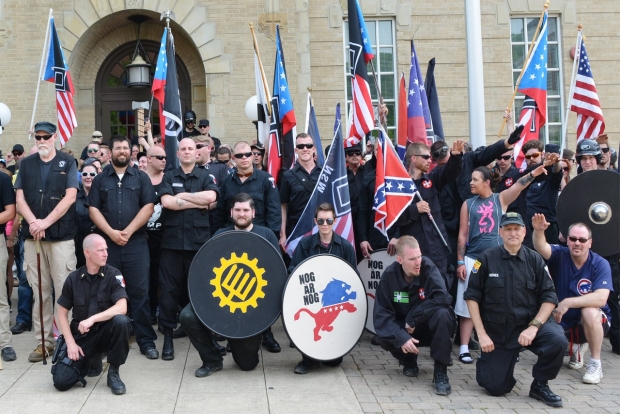