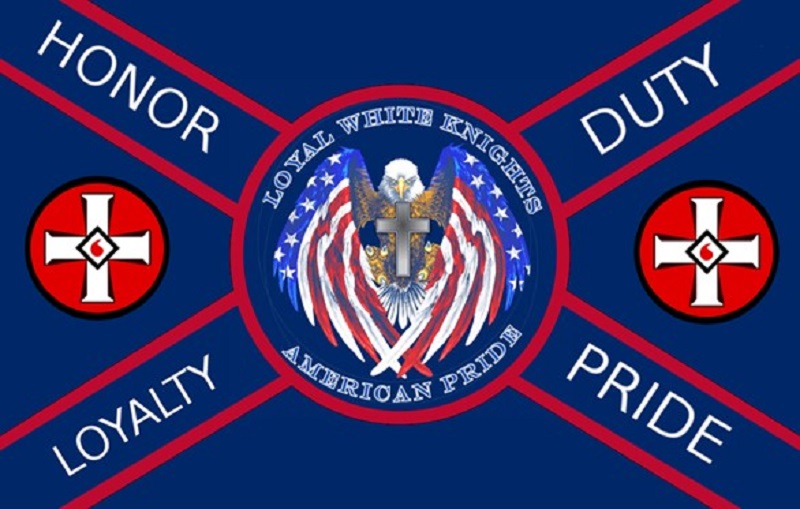 The Loyal White Knights (LWK) are one of the 35 to 40 groups that make up the organized Klan movement in the United States. Like the rest of the stagnant Klan movement, the LWK are currently operating in the shadows of segments of the white supremacist movement that have moved on from the outdated, stigmatized Klan robes and burning crosses.

The LWK, based in Pelham, North Carolina, is the largest and the most active Klan group in the country with approximately 100 members.

Approximately 40 percent of the active Klans in the United States – including the LWK -- promote an ideology infused with neo-Nazi beliefs.  In addition to being anti-black, anti-immigration, anti-Muslim, and homophobic; they are also virulently antisemitic. Over the years, the LWK’s willingness to embrace neo-Nazi tenets has allowed them to form symbiotic relationships with neo-Nazi groups. From 2012 through early 2016, the LWK participated in a number of public rallies alongside members and associates of the neo-Nazi National Socialist Movement (NSM). 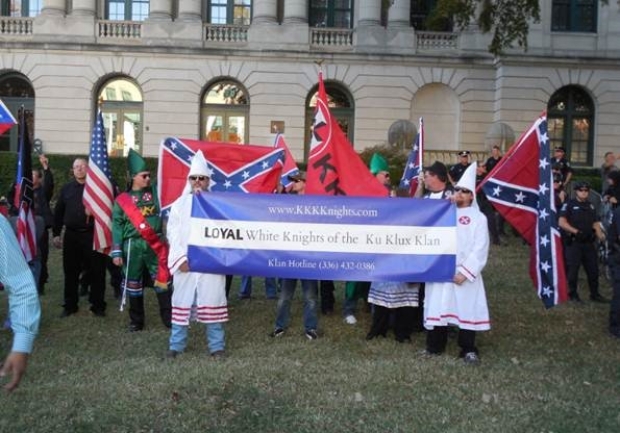 In April 2016, approximately 40 members of the LWK participated the NSM’s national rally in Rome, Georgia. Following the rally, the LWK played a role in the formation of the Aryan Nationalist Alliance (since renamed Nationalist Front), a coalition of several other nazified Klan groups, racist skinhead crews, and neo-Nazis. The LWK’s participation in this formal alliance was short-lived; after a few months, the LWK was no longer listed on the NSM website as part of the alliance, and the groups’ joint rallies ended abruptly. 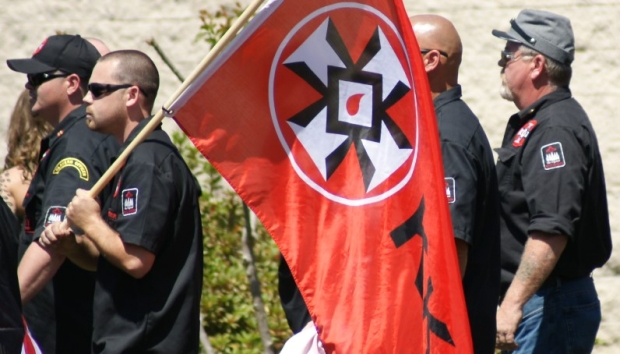 Christopher Eugene Barker and his wife, Amanda Barker, formed the LWK in 2011 and have led the group ever since. At the LWK’s height they had 200 or more members, but those numbers have decreased by at least half, thanks in large part to Christopher’s many arrests for a range of crimes, including alcohol related offenses, assault, domestic battery, threats and weapons violations. For extended periods of time, Amanda has served as the LWK’s de facto leader while Christopher was limited by a court-ordered probationary agreement that he could not be “in the company of any gang members/security threat group members, including but not limited to the Ku Klux Klan.”

Despite the non-association clause, Barker and California Grand Dragon William Ernest Hagen were arrested in December 2016 on charges related to the alleged felony assault of another Klansman during a Klan gathering at Barker’s home in Yanceyville, North Carolina. The charges were later dropped after the victim refused to testify, but news of the brawl further damaged Barker’s reputation as a Klan leader, which was already tarnished by rumors that he acted as an FBI informant against another Klansman, Glendon Scott Crawford. (In December 2016, Crawford was sentenced to 30 years in federal prison for planning to use a radiation dispersal device to kill Muslims and Barack Obama).

The most consistent Klan activity involves the distribution of racist, antisemitic, homophobic and Islamophobic fliers on doorsteps and driveways around the country. From 2014 through 2018, the Anti-Defamation League tracked an average of 79 Klan fliering incidents per year. The Loyal White Knights are by far the most active fliering group.  Over the past five years they have been responsible for more than half (217 of 394 incidents or 55%) of all Klan propaganda distributions. More than three quarters (67 of 85 incidents or 79%) of 2018 Klan propaganda incidents are attributed to the LWK. 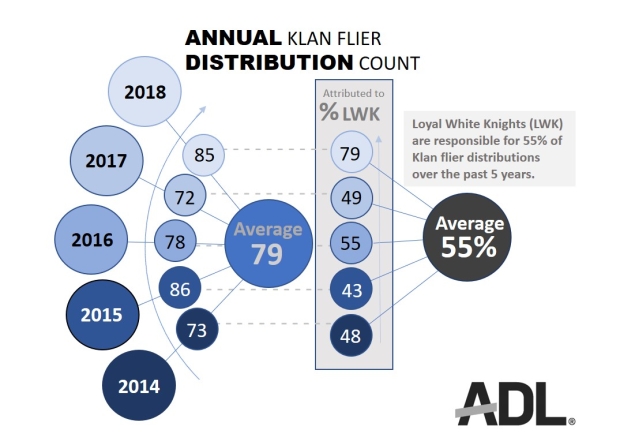 Throughout 2018, the LWK’s propaganda has reached communities in 15 states, including California, Florida, Georgia, Illinois, Indiana, Maryland, Minnesota, New Jersey, New York, North Carolina, Ohio, Pennsylvania, South Dakota, Virginia and West Virginia. Though the group’s fliers do occasionally appear in more far-flung states, the LWK is best categorized as a regional Klan. An overwhelming majority (53 of 67) of its fliering incidents this year has targeted the mid-Atlantic region, with most of the incidents concentrated in Maryland, Pennsylvania and Virginia.

The LWK occasionally participate in public rallies but have not done so for more than a year. Their last rally was in July 2017 when fifty-odd Klansmen associated with the LWK rallied against the removal of a statue of Robert E. Lee from a park in Charlottesville, Virginia. The rally was scheduled between two events at the same location, a May alt right rally and torch march and the infamous “Unite the Right” rally in August. It was the LWK’s attempt to join forces with the alt right or at the very least take advantage of the alt right’s rising visibility. While it was the largest rally organized by a Klan group in recent years, the event failed to draw support from the rest of the white supremacist movement. 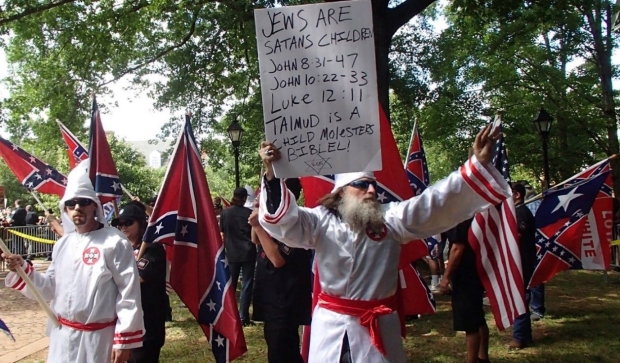 A Klansman holds an anti-Semitic poster during LWK's July 2017 rally in Charlottesville, VA.

Attendees of ANA meet and greet pose prior to August 2016 swastika and cross burning near Tupelo, Mississippi.

Individuals connected to the Klan movement have been convicted of a wide range of crimes ranging from murder sprees to assault. They have attempted and conspired to commit murder. They have been arrested for illegally possessing a variety of weapons, from brass knuckles to weapons of mass destruction. It is worth noting that a number of these criminal incidents occurred independently of any Klan or Klan-like activities. Nevertheless, these incidents illustrate how Klan groups often attract people with criminal histories or tendencies.  The following are some of the criminal incidents attributed to members and associates of the LWK: