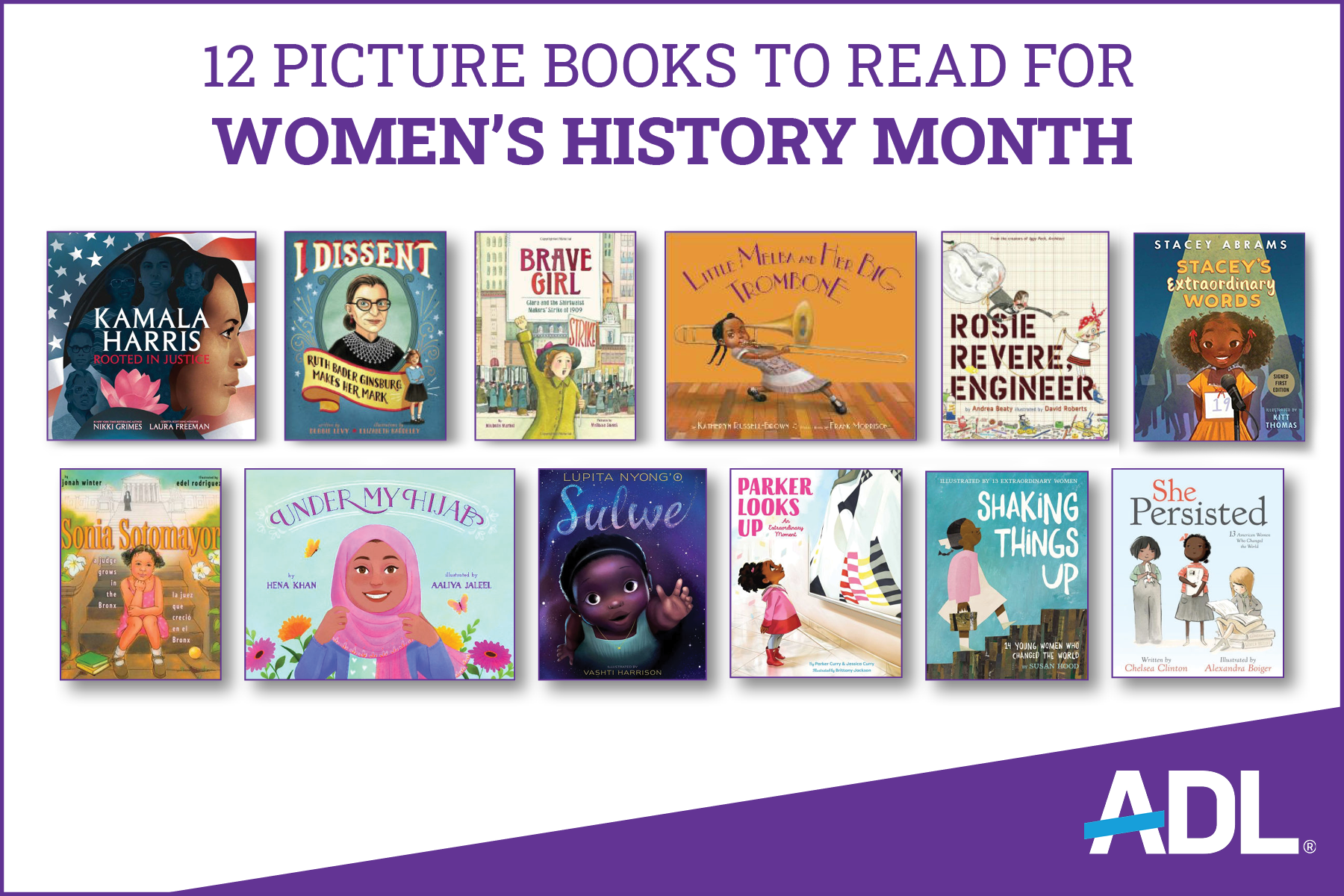 March is Women’s History Month, which provides an opportunity to bring the experience and perspective of girls and women to the forefront of conversations in schools. These discussions should include the stories, accomplishments, milestones and viewpoints of women and how they addressed and continue to work on overcoming sexism and injustice. Because women's stories and perspectives are sometimes excluded, discounted or marginalized, we need to remember to include women's history into our work and thinking throughout the year, not just in March.

Children’s literature is one way to do that. Our recommended picture books include stories about ordinary and extraordinary girls and women from different time periods, identity groups and life experiences. Each book comes with two discussion guides: one for educators and one for families. 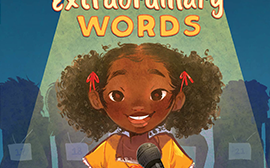 Stacey is a little girl who loves words more than anything. She loves reading them, sounding them out, and finding comfort in them when things are hard. But when her teacher chooses her to compete in the local spelling bee, she isn’t as excited as she thought she’d be. What if she messes up? Or worse, if she can’t bring herself to speak up, like sometimes happens when facing bullies at school? Get the discussion guides. 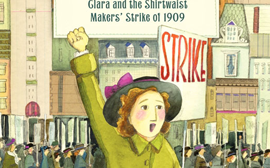 Clara Lemlich was a young Ukrainian immigrant who led the largest strike of women workers in U.S. history. When she arrived in the U.S., she didn’t know that young women had to go to work and that they traded an education for long hours of labor. Fed up with the mistreatment of her fellow laborers, Clara led the largest walkout of women workers the country had seen. She felt strongly that everyone deserved a fair chance and that you had to stand together and fight for what you wanted. Get the discussion guides. 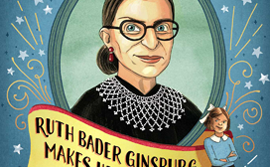 Supreme Court Justice Ruth Bader Ginsburg has spent a lifetime disagreeing: disagreeing with inequality, arguing against unfair treatment and standing up for what’s right for people everywhere. This biographical picture book about the Notorious RBG, tells the justice’s story through the lens of her many famous dissents or disagreements. Get the discussion guides. 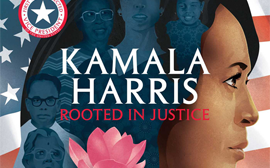 When Kamala Harris was young, she often went with her parents to civil rights marches—so many that when her mother asked a frustrated Kamala what she wanted, the young girl responded with: “Freedom!” As Kamala grew from a small girl in Oakland, CA to a Senator running for President, it was this long-fostered belief in justice for all people that shaped her into the inspiring figure she is today and led to her being elected the Vice President of the U.S. in 2020. Get the discussion guides. 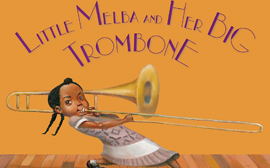 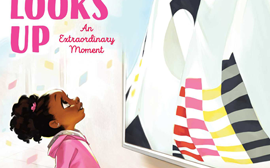 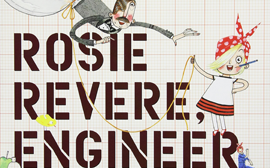 Rosie may seem quiet during the day, but at night she's a brilliant inventor of gizmos and gadgets who dreams of becoming a great engineer. When her great-great-aunt Rose (Rosie the Riveter) comes for a visit and mentions her one unfinished goal—to fly—Rosie sets to work building a contraption to make her aunt's dream come true. But when her contraption doesn't fly but rather hovers for a moment and then crashes, Rosie deems the invention a failure. On the contrary, Aunt Rose insists that Rosie's contraption was a raging success. You can only truly fail, she explains, if you quit. Get the discussion guides. 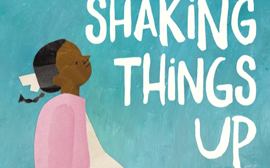 Shaking Things Up: 14 Young Women Who Changed the World (Ages 4-8)

This book of poems introduces fourteen revolutionary young women—each paired with a noteworthy female artist—to the next generation of activists and trailblazers. You will learn about Mary Anning, who was just thirteen when she unearthed a prehistoric fossil. You’ll meet Ruby Bridges, the brave six-year-old who helped end segregation in the South. And Maya Lin, who at twenty-one won a competition to create a war memorial, and then appeared before Congress to defend her right to create. Get the discussion guides. 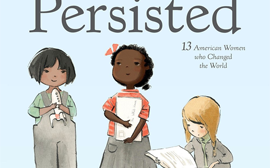 She Persisted: 13 American Women Who Changed the World (Ages 4-8)

Throughout U.S. history, there have always been women who have spoken out for what's right, even when they must fight to be heard. In early 2017, Senator Elizabeth Warren's refusal to be silenced in the Senate inspired a spontaneous celebration of women who persevered in the face of adversity. This book celebrates thirteen American women who helped shape our country through their tenacity, sometimes through speaking out, sometimes by staying seated, sometimes by captivating an audience. They all certainly persisted. Get the discussion guides. 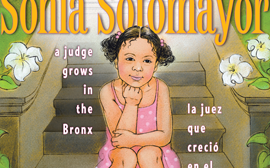 Sonia Sotomayor: A Judge Grows in the Bronx (Ages 4-8)

Long before Supreme Court Justice Sonia Sotomayor took her seat in our nation's highest court, she was a little girl in the South Bronx. Justice Sotomayor didn't have a lot growing up, but she had what she needed—her mother's love, a will to learn and her own determination. With bravery, she became the person she wanted to be. This timely biography is bilingual (English and Spanish). Get the discussion guides. 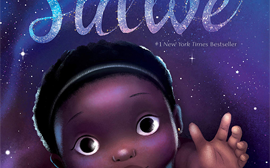 Sulwe has skin the color of midnight. She is darker than everyone in her family. She is darker than anyone in her school. Sulwe wants to be beautiful and bright, like her mother and sister. Then a magical journey in the night sky opens her eyes and changes everything. This picture book explores colorism, and creates a whimsical and poignant story to inspire children to see their unique beauty. Get the discussion guides. 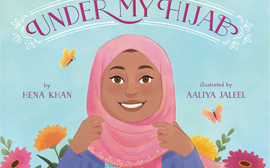 Grandma wears it clasped under her chin. Aunty pins hers up with a beautiful brooch. Jenna puts it under a sun hat when she hikes. Zara styles hers to match her outfit. As a young girl observes six very different women in her life who each wear the hijab in a unique way, she also dreams of the rich possibilities of her future, and how she will express her personality through her hijab. Get the discussion guides.