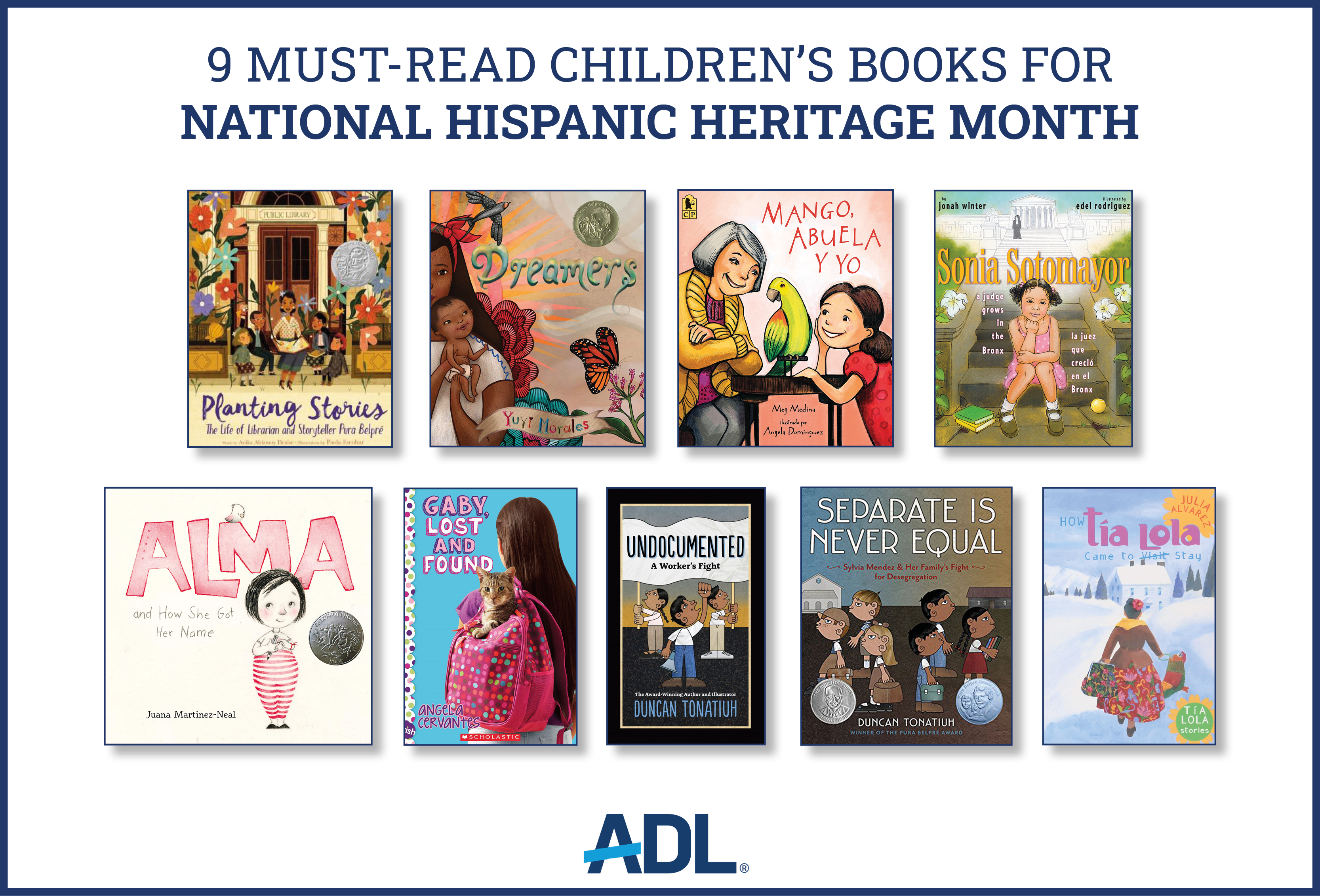 National Hispanic Heritage Month, which kicks off September 15 and ends October 15, provides an excellent opportunity to focus on Latinx literature. These books can be a jumping-off point to discuss the Latinx experience year-round. Our recommended books for elementary and middle school include picture books, chapter books and graphic novels. They help young people explore identity, names, culture, immigration, discrimination and important people in Latinx history. The following books each include two discussion guides: one for educators and one for families. 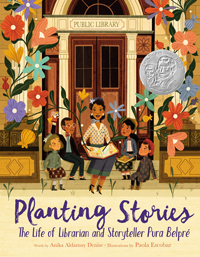 When she came to the U.S. in 1921, Pura Belpré carried the folktales of her Puerto Rican homeland. Finding a new home at the New York Public Library as a bilingual assistant, she turned her popular retellings into books and spread story seeds across the land. Today, these seeds have grown into a lush landscape as generations of children and storytellers continue to share her tales and celebrate Pura’s legacy. This is an inspiring picture book biography of storyteller, puppeteer, and New York City’s first Puerto Rican librarian, who championed bilingual literature. A Spanish-language edition, Sembrando historias: Pura Belpré: bibliotecaria y narradora de cuentos, is also available. Get the discussion guides. 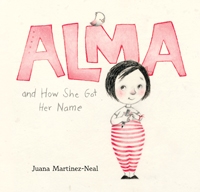 Alma Sofia Esperanza José Pura Candela thinks she has too many names. But when she learns the origins of each one, everything changes. She learns about Pura, her great-aunt who believed  that ancestors are always watching over us to keep us safe. She contemplates José, her grandfather who was an artist with a big family. Her other names handed down from relatives also become meaningful. In the end, Alma realizes that she will have a story to tell about her own name someday. Get the discussion guides. 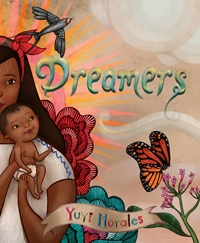 This beautiful picture book tells the story of a mother and child who discover many new things—some wonderful and welcoming and others unfamiliar and scary. The book includes an autobiographical essay about the author’s own immigration story as she traveled from Mexico to Texas with her two-month old son. Soñadores, a Spanish-language edition, is also available. Get the discussion guides. 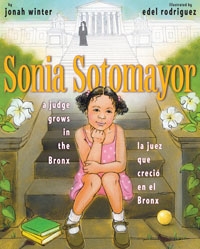 Sonia Sotomayor: A Judge Grows in the Bronx (Ages 4-8)

Sonia Sotomayor was appointed to the Supreme Court in 2009 and is the Court’s first Latina Justice. In this bilingual (English and Spanish) book, we learn about Sotomayor’s childhood in the Bronx. Her upbringing was humble and filled with love. Through her determination, bravery and commitment to justice, she became the person she wanted to be. Get the discussion guides. 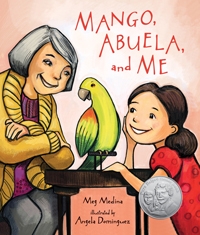 When Abuela first comes to live with her granddaughter Mia and her family, they have trouble communicating. Mia and Abuela realize that they each need to learn each other’s language to converse. As they cook together, Mia teaches her grandmother some English and Mia learns some Spanish. Then one day, when they are in the pet store, Mia sees a parrot in the window and has an excellent ides—the bird can help them all communicate better. Get the discussion guides. 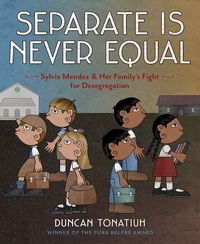 Separate Is Never Equal: Sylvia Mendez and Her Family’s Fight for Desegregation (Ages 6-10)

A young girl named Sylvia Mendez attempts to register at her new school and gets turned away. She and her siblings are told to go to the Mexican school instead. Sylvia is confused. She is a U.S. citizen. Why should she and the other Mexican children attend a separate school? Narrated by a young girl, this is the true story of the Mendez family and their lawsuit resulting in California desegregated schools. Get the discussion guides. 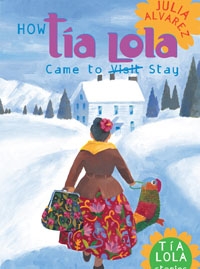 When Miguel’s parents get divorced, he moves to Vermont with his mother and little sister. Miguel navigates two cultures and reflects on what it means to be Latino and a child of immigrants. Then, his aunt, Tía Lola, comes from the Dominican Republic to help take care of them. Miguel’s life becomes even more interesting with her around. Get the discussion guides. 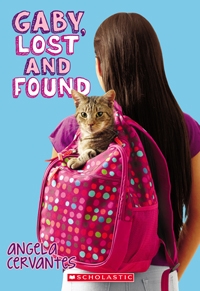 Gaby Ramirez Howard’s mother was recently deported to Honduras. Gaby finds comfort in the animals she cares for at the local animal shelter. Her volunteer job is to write adoption ads to help cats and dogs find their “forever home.” Gaby desperately wants to help her favorite shelter cat, Feather, find a home. She connects with Feather because Gaby herself is having a hard time finding a place that feels like home. Get the discussion guides. 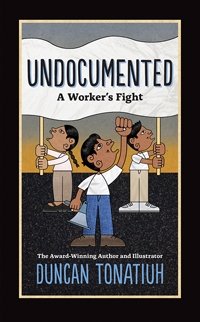 Undocumented: A Worker’s Fight (Ages 12 and up)

Juan crosses the U.S.-Mexico border to find work in the states. He works as a restaurant busboy but he isn’t paid well, less than half of minimum wage. Even though Juan worries about his boss reporting him for not having proper papers, he decides to stand up for himself and his coworkers to improve their salaries and working conditions. This graphic novel tells the story of undocumented immigrant workers who face daily struggles at work but join the work force and contribute to society. Get the discussion guides.