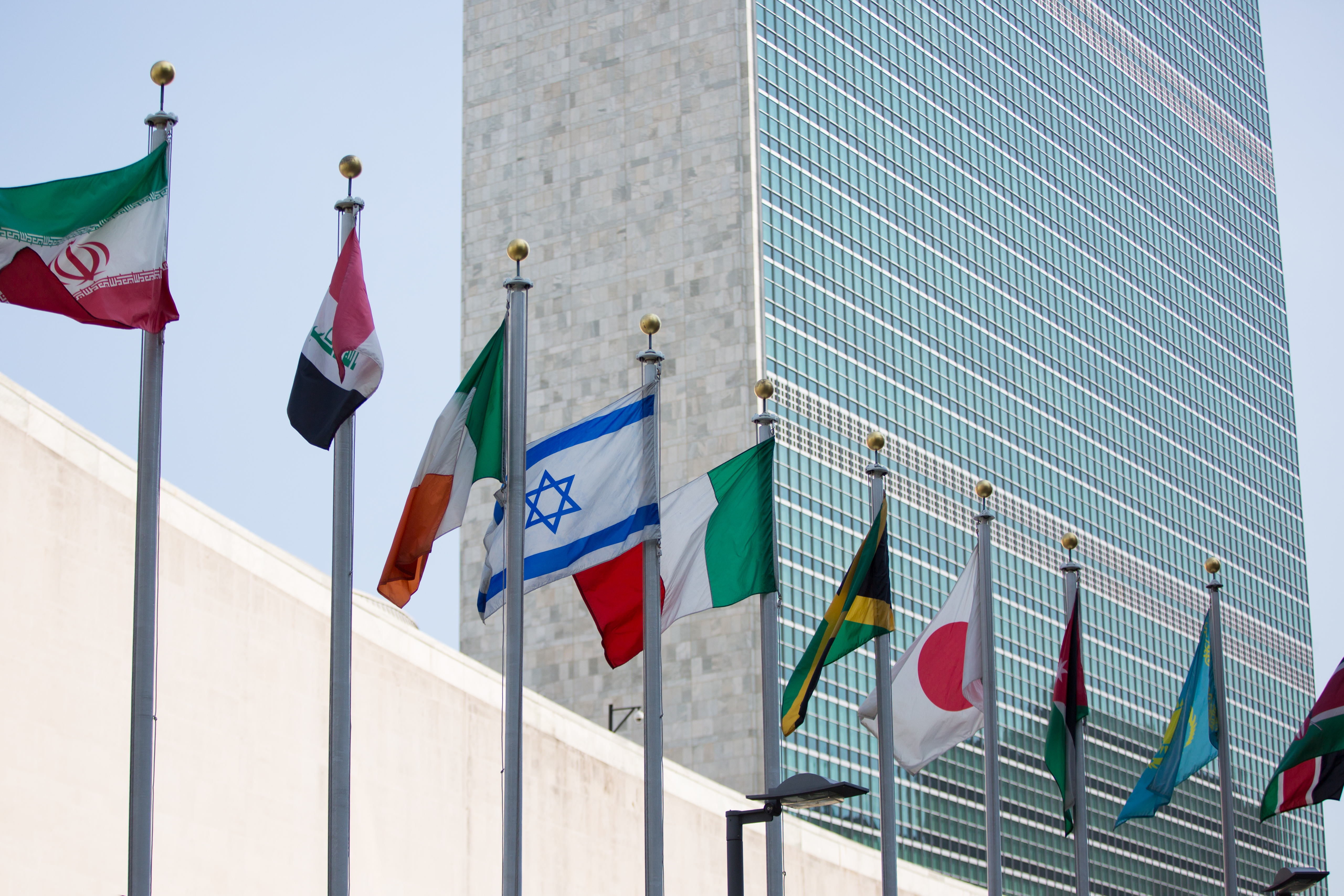 The United Nations, Israel and Anti-Semitism

ADL Praises U.N. Secretary General for Equating Calls for the Destruction of Israel with Anti-Semitism

As world leaders gather in New York for the 72nd United Nations General Assembly (UNGA), the Anti-Defamation League (ADL) will be meeting with presidents, prime ministers and foreign ministers from around the globe, representing nations from Africa, Asia, Europe and Latin America to press them on combatting anti-Semitism, ensuring that Israeli is treated fairly at the U.N. and by the international community, and urging that nations take concrete steps to fight hate.

In addition to these meetings, ADL, the foremost American Jewish organization combatting hate and discrimination and helping vulnerable communities, will sign a Memorandum of Understanding on Tuesday, September 19 with the Foreign Ministry of Mexico. The signing ceremony will be held at ADL’s Headquarters in New York, where ADL CEO Jonathan Greenblatt, and Mexico’s Foreign Minister Luis Videgaray Caso, will hold a joint news conference to discuss the new partnership.

As the global leader in combatting anti-Semitism, ADL will share with dignitaries information on anti-Semitic attitudes and incidents as well as resources and best-practices for how government, the technology industry, educators and families can counter anti-Jewish bias.

In these meetings, ADL will urge governments to:

In these meetings, ADL will also call on world leaders to ensure that Israel is treated fairly at the U.N. and other international fora. The international body has a continuing history of a one-sided, hostile approach to Israel. While there have been some positive developments in recent years, the world body’s record and culture continue to demonstrate a predisposition against Israel. Entrenched, institutionalized, anti-Israel infrastructure endures at the U.N. through various anachronistic departments and committees. Anti-Israel resolutions in the General Assembly and Human Rights Council are adopted year after year. The Human Rights Council (HRC) has a permanent item on its agenda which deals only with Israel. Successive Secretary Generals have acknowledged this an issue for the institution. In April, Secretary General Antonio Guterres declared: “As secretary general of the United Nations I consider that the State of Israel needs to be treated as any other state.”

Specific action requests by ADL will include: