ADL's Issues in Latin America: The Year in Review 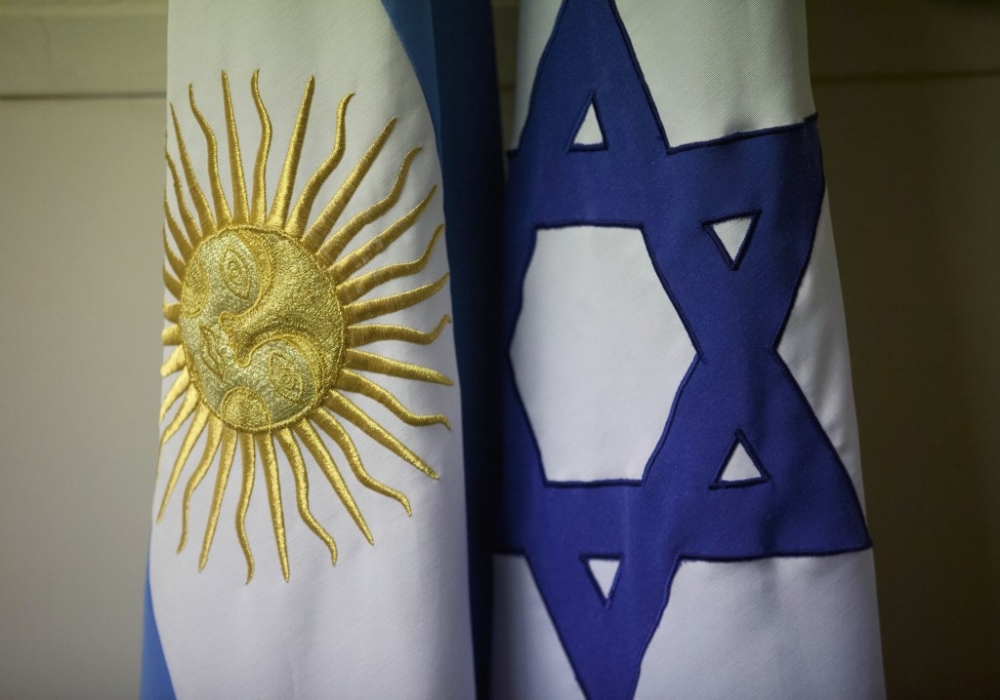 With approximately 3 percent of the world’s Jewish population residing in Latin America, ADL works in partnership with the organized Jewish communal institutions to lend our voices when needed. Going into 2019, as challenges to Jewish community grow worldwide, ADL’s focus on strengthening relations with local Jewish communities across Latin America will continue to be paramount, particularly in areas of common interest.

Political movements in the region range from far left to far right and everything in between. On the left side of the spectrum, Nicolas Maduro’s Venezuela continues with the self-branded and demonstratively self-destructive “Socialism of the XXI Century” political model. In 2018 we witnessed the newly elected government in Brazil under President Jair Bolsonaro, a politically conservative, military strong-man who pledged to bring back Brazil to its glory days. In the middle, we see most countries governing from the center, some leaning left and others leaning right, but for the most part they are actively distancing themselves from the Venezuelan debacle and even calling for the U.N.’s International Criminal Court to investigate Venezuelan crimes against humanity. Between two and three million Venezuelans have become refugees in neighboring countries and, as a result, the region is suffering unprecedented economic, social, infrastructure and security pressures.

The Jews in Latin America are no different than their fellow citizens in wondering how the political shifts will affect their daily lives. The organized local Jewish communities are apolitical and work with all the governments in office regardless of their political leanings. Issues such as security, economic stability, health, education, and basic human rights are front and center to all Latin Jews. Latin American Jewish institutions are active in fighting anti-Semitism, discrimination, xenophobia and racism; strengthening relations with Israel, standing up to the boycotts, divestment and sanctions (BDS) campaign, fighting terrorism and securing religious freedom. We anticipate that religious freedoms will continue to be honored by Latin American governments and, with the exception of Venezuela, the situation facing the region’s Jewish communities will likely remain stable.

While ADL has documented in its Global 100 Survey the latent anti-Semitic attitudes in Latin American countries, anti-Semitic acts do not manifest themselves to the high levels we continue to see across Europe. In future surveys in the region, it will be helpful to address cultural realities that may help decipher more accurately the reasons behind some of the anti-Jewish prejudices this polling has revealed.

According to regional experts, most of the anti-Semitic verbal attacks occur online. The inherent anonymity of social media poses the greatest threat as it is hard to identify the anti-Semites when they hide behind their screens.  For example, according to a report issued by the DAIA, the political branch of the Argentine Jewish Community, online anti-Semitic incidents in that country accounted for almost 90% of all incidents reported in 2017. Those incidents were up significantly to 47 percent in 2014, compared with only 3 percent in 2008.

Jewish communities in Latin America are loyal to their home countries and are also proud Zionists with strong affinities to the State of Israel. As a result, issues surrounding the Israeli-Palestinian conflict directly impact local Jewish communities in the region. Just as we see in other regions around the world, anti-Semitic incidents spike when tension in Israel arise. Moreover, when countries such as Venezuela and Bolivia openly demonize Israel and break diplomatic relations the Jewish State (as they did in 2009), local Jews feel the ripple effect.

The Israeli government’s effort to enlist countries to move their embassies from Tel Aviv to Jerusalem has been both a source of pride and tension in the region. As of December 2018, Guatemala was the only country in the region to heed this most recent call. Paraguay briefly moved its embassy in May 2018 under the presidency of Horacio Cartes, but the move was reversed a few months later by the newly elected president, Mario Abdo Benitez. The president of Honduras and the newly elected president of Brazil have signaled their willingness to move their embassies but have yet to implement such move.

Calls to support the unilateral declaration of a Palestinian state are commonplace in many countries of Latin America. As of December 2018, Mexico and Panama are the only two countries that have not yet voiced support for the immediate recognition of a Palestinian state. And those governments are feeling pressure from Palestinians and their boosters for unilateral recognition of statehood outside of a negotiated agreement with Israel. For instance, in a surprise move, in August 2018 outgoing Colombian President Santos declared his support for the Palestinian State – a move that incoming President Iván Duque Márquez Duque is unlikely to reverse.

BDS campaigns are active in many countries in Latin America. But the one country where BDS often crosses the line into anti-Semitism in the public sphere is Chile. Chile has the largest Palestinian community outside of the Middle East, with approximately 400,000 members. Chile has a small Jewish community of about 17,000 Jews. For the most part these communities have been living side-by-side in harmony; however there is a vociferous group led by the Chilean Palestinian Federation that employs a systematic campaign to delegitimize the State of Israel. As a result,  Chilean Jews are frequently challenged by public anti-Israel campaigns pressuring the government, Congress, the universities, civic society, social media and mainstream media that serve to demonize the pro-Israel community. A recent victory led by the local Jewish community has provided some respite: A BDS ordinance enacted by the municipality of Valdivia was declared illegal and this sets a precedent to prevent other municipalities to follow suit.

The presence and influence of Iran continues to be a regional reality.

Of course, the two attacks perpetrated by Iran and Hezbollah operatives in Buenos Aires, the first in 1992 against the Israeli Embassy, and the second in 1994 against the AMIA, the main Jewish communal building, are a stark reminder of why Iran is an enduring threat.

The investigations into these devastating attacks were mismanaged from the beginning, and various Argentinean administrations have been either unwilling or unable to bring the perpetrators to justice. The murder of prosecutor Alberto Nisman in 2015 was a blow for the AMIA investigations as he was preparing to uncover the domestic and international terror trail. In March 2018, former President Cristina Fernández de Kirchner was indicted for covering up the investigation by helping the Iranians hide their role in the AMIA attack.

Under President Mauricio Macri’s administration there have been some positive steps to reverse the prior administration’s troubling inaction on the AMIA investigation. In his first week in office, Macri voided the sham Memorandum of Understanding signed by Kirchner with Iran to jointly investigate the 1994 AMIA attack. In July 2018, Macri’s government asked the Russian government to arrest Ali Akbar Velayati, who was Iran’s foreign minister at the time of the attacks and one of the alleged masterminds of the bombings. In September 2018, President Macri raised awareness of the attacks at the U.N. General Assembly and condemned global terrorism.

Iran and Hezbollah’s influence in the region continues today. Hezbollah, for example, allegedly operates narco-money laundering activities in parts of the region. In July 2018, the Argentine Financial Information Unit froze the assets of the Barakat clan, Hezbollah’s main financiers in the region. The head of the network, Assad Ahmad Barakat, was apprehended in September 2018. While Hezbollah activity may originate in the Triple Frontier, it also has tentacles in Colombia, Chile and Venezuela.

And Iran continues to try to expand its diplomatic influence. Venezuelan-Iranian cooperation dates back 20 years, when then-Presidents Hugo Chavez and Mahmoud Ahmadinejad entered into various commercial and strategic alliances aimed at poking an eye on the U.S. These two rogue nations have troubling but not surprising affinities. What is more worrisome is the welcoming overtures by Uruguay, the former Brazilian administration and Paraguay, who met with Iranian Foreign Minister Mohammad Javad Zarif in 2018. At that time, ADL asserted that as neighbors to Argentina, these countries should back away from any attempts to strengthen relationships with leaders of the country that masterminded the twin attacks and instead add their voices to the fight against Iranian-backed terrorism.

Furthermore, Latin American governments who want to prevent Islamic extremists from operating in their countries must take firm steps to designate Hezbollah as a terrorist organization so that one day justice can be served for the victims of the AMIA and Israeli Embassy bombings.

In 2019, ADL will continue to remain true to its global mission by monitoring and raising our voices to support Jewish communities across Latin American on issues of security, anti-Semitism, efforts to delegitimize Israel, terrorism, and other priorities.