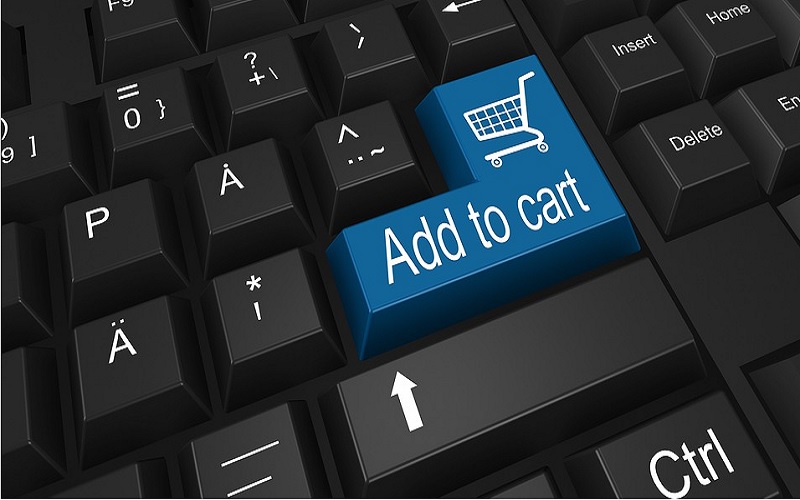 Items and merchandise promoting right-wing extremist ideologies, including white supremacy and the anti-government militia movement, are still being offered for sale by various third-party sellers on Amazon, in apparent violation of the company’s own policies, according to a recent search of the retailing site by experts in ADL’s Center on Extremism.

Hateful merchandise, including flags and t-shirts, can be a bit harder to find, but it’s available, as long as you know which – slightly obscure – search terms to use.

None of these (non-book) items should be available, according to Amazon’s own policy covering the sale of “offensive and controversial materials.” Clearly outlined on the site and updated most recently in November 2018, the policy states: “Amazon’s Offensive Products policies apply to all products except books, music, video and DVD. … Amazon does not allow products that promote, incite or glorify hatred, violence, racial, sexual or religious intolerance or promote organizations with such views.”

Amazon even includes explicit examples of prohibited products under the heading “Violence, Intolerance, and Hate:”

Searching Amazon using explicit terms such as “white power,” “swastika" and “skinhead” does not yield any problematic results. But using more obscure search terms turns up plenty of extremist-related products.

Flags bearing extremist symbols are by far the most widely available extremism-related products.  For example, a search for “Germany Black Cross,” brings up the popular white supremacist Celtic Cross flag, erroneously labeled as “Germany Black Cross Flag wwII.”  Another flag, reminiscent of the red, white, and black Nazi swastika emblem, is being sold as a “Celtic Cross Red Flag.”

Additional flags for sale showcase the symbol for the British Union of Fascists (BUF), Nazi-styled flags with Othala runes or Sonnenrads (sun wheels) in place of the traditional swastikas and Iron Crosses, and the Iron Guard flag – popular among today’s white supremacists.

In addition to the available flags, Amazon also sells other extremist-related items, including bronze busts of Adolf Hitler. 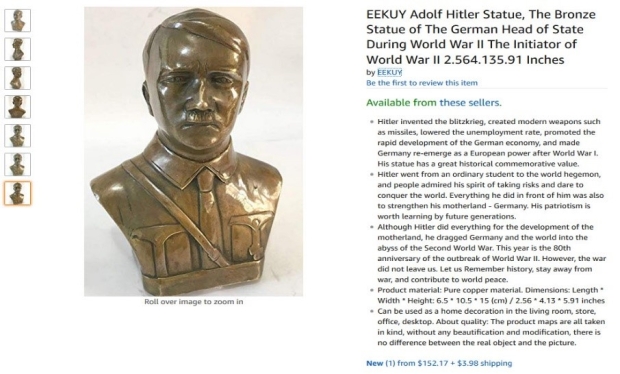 Amazon sellers also offer a variety of items promoting factions of the anti-government militia movement known as the Three Percenters/III%ers and Oath Keepers, including flags, patches and decals.

The right-wing extremist items are all on offer via Amazon’s third-party sellers, none of whom appear to be selling the items to benefit any extremist groups or causes. In most cases, vendors offering extremist flags and patches also peddle a wide variety of non-extremist merchandise.

Given its size and scope, Amazon exerts considerable influence over the global marketplace. Amazon was responsible for over half of online retail traffic in the U.S. in the 4th quarter of last year. Put another way, the number of Amazon users worldwide is likely as a big or bigger than the population of the U.S. That adds up to a lot of views – and potential customers – for online purveyors of extremist merchandise.

Overall, while Amazon has taken steps to curtail the sale of hateful products, we are working with the company on doing more. Hateful merchandise has no place on Amazon, and hateful books should never be suggested proactively to users.