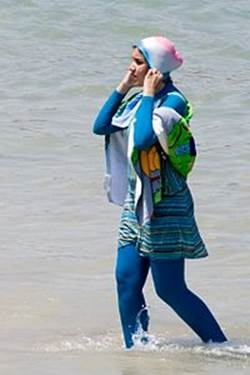 Over the last month how nations address religious garb has been making the news.  So-called “’Burkini’ Bans” enacted by 30 French municipalities are causing controversy. These bans adopted in part to be “’respectful of good morals and of secularism’” prohibit “a wide range of modest dress” at public beaches, including the Burkini which is a full-body bathing suit worn by observant Muslim women who follow Islamic modesty codes.  France’s top French administrative court and other lower courts have suspended these bans, but the prime minster continues to stand by them and public opinion on the issue is divided.  In Canada, the Royal Mounted Police recently announced that observant Muslim Mounties may wear hijabs.  These controversies and developments provide an opportunity to examine how the United States approaches religious freedom issues.

From its founding, the United States aspired to safeguard religious freedom for all, which was truly revolutionary.  This aspiration, however, does not mean that our nation has an unblemished record of religious inclusion.  Although there are countless examples of individuals and communities throughout our history embracing persons of other faiths, America has an ugly history of religious intolerance and issues of religious discrimination persist.  But unlike many other nations, in the United States there are formidable and effective laws prohibiting religious discrimination and requiring accommodations for the religiously observant.

The right to freedom of religion is so central to American democracy that it was enshrined in the First Amendment to the U.S. Constitution. That Amendment protects religious freedom in two ways.  Our Free Exercise Clause protects the autonomy of houses of worship from government interference and empowers all individuals with the right to follow any faith or no faith.  Our Establishment Clause separates government from religion by prohibiting official advancement, endorsement or coercion of religion.  Furthermore, Article VI of the Constitution prohibits religious tests for public office.

So in the United States, a municipal law such as the ones in France targeting religious observances or practices, including wearing modest dress at the beach, would be patently unconstitutional and would violate federal, state or local laws.  And, generally speaking, the burden is on a public or private entity to justify why a religiously observant person cannot wear a hijab, yarmulke, turban or cross in the workplace or public accommodations, including restaurants, stores, theatres or recreational areas.

For instance, in 2015 the U.S. Supreme Court ruled that a major department store’s “dress policy” was an insufficient reason not to a hire a Muslim woman who wore a headscarf for religious reasons.   And in 2013, a federal agency that enforces the 1964 Civil Rights Act resolved a case with a national fast food franchisee for an observant Christian woman whose religious beliefs prohibit her from wearing pants.   Under the settlement, she would be permitted to wear a black skirt instead of black pants as normally required by the employer’s dress policy.

Furthermore, in America there are strong religious freedom safeguards even within institutional settings.   In 2014, the U.S. Supreme Court struck down an Arkansas Department of Correction “no beards policy,” which prohibited a Muslim inmate from wearing a short beard.  The Court found that the safety and security issues raised by the Department were insufficient to justify the policy under federal law.  And just this year, after a federal court initially ruled in favor of a Sikh U.S. Army Captain, the Army granted him the religious accommodation of wearing a beard, turban, and uncut hair.

Also, it is common for the religiously observant to be accommodated without the force of law.  For example, at 2016 Rio Olympic games it was a non-issue for American fencer Ibtihaj Muhammed to compete wearing a hijab.  Rather, her winning a bronze medal was celebrated in the United States and beyond. 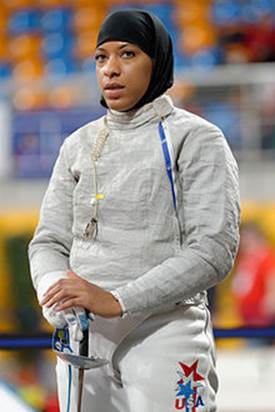 Although religious bias cannot be legislated away, these legal proscriptions have been an invaluable tool for successfully integrating American society because over time limitations on conduct can shape attitudes.  Legal prohibitions on religious discrimination send the resounding official message that unequal treatment based on faith is unacceptable.  Their mandate of equal access to the work and marketplace brings together people from diverse religious beliefs and traditions.  Through daily interactions with work colleagues, vendors, customers—and yes, even beach-goers-- most people come to realize that they have much in common with persons they once considered “the other” and learn to accept and value differences.

Our nation’s robust religious freedom protections are exceptional and distinguish America from numerous countries around the globe.  They undoubtedly have been a cornerstone for creating a truly pluralistic and welcoming society.