In an April 4th press release, virulently anti-immigrant activist Michelle Dallacroce has claimed that she will no longer be publicly active “in the political arena of illegal immigration” and is permanently shutting down two anti-immigrant organizations she founded in Arizona.

Dallacroce stated in her release that others within the anti-immigrant movement sabotaged her and tried to “destroy the reputation” of one of her groups, the National Organization for Victims of Illegal Alien Crime (NOVIAC), and this was why she was leaving. 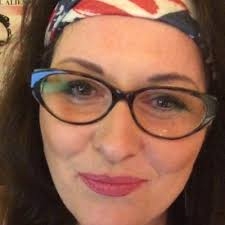 However, Dallacroce’s reason for calling it quits may have more to do with how she tried but failed to upstage another anti-immigrant organization that covered the same ground as NOVIAC. In other words, she may have lost an anti-immigrant group turf war.

Dallacroce founded NOVIAC in February 2016. Previously, she was the founder and head of the so-called Mothers Against Illegal Aliens (MAIA). Her new anti-immigrant organization, NOVIAC, was actually quite similar in nature to a rival anti-immigrant group, The Remembrance Project, founded by Maria Espinoza in 2009. Espinoza’s organization attracted publicity to the anti-immigration movement by promoting propaganda about crime victims allegedly killed by undocumented immigrants. The Remembrance Project also gained national attention when presidential candidate Donald Trump invited members of the group onstage at one of his campaign rallies in November 2015. The Remembrance Project subsequently helped Trump stage meetings with the families of victims whose assailants were undocumented immigrants.

Dallacroce seemed to eye her rival’s Trump connection enviously. As part of her effort to promote NOVIAC, Dallacroce reportedly sent a set of documents via email, snail mail and through a representative to the Trump campaign outlining the goals of the organization. In one document, dubbed the “NOVIAC Proposal,” she urged the Trump campaign to take three steps: assign an illegal immigration spokesperson for the campaign; create a permanent organization called the National Organization for Victims of Illegal Alien Crime; and develop and implement a NOVIAC website. The packet also included a letter to Trump encouraging him to consider the proposal and a letter addressed to “all Victims of Illegal Alien Crime” encouraging them to endorse the project as well.

Though Dallacroce gave credit to The Remembrance Project for keeping “victim family’s stories” alive, she asserted that “these victims’ stories are too important to the fabric of America to be left to grassroots organizations.” She added that NOVIAC would “legitimize these families on a NATIONAL LEVEL [emphasis in original] to compete with other nationally recognized victim’s organizations.”

Apparently, Maria Espinoza did not appreciate Dallacroce’s attempt to encroach on her organization. According to Dallacroce in a Facebook post that was subsequently removed, she and her supporters were blocked from The Remembrance Project’s Facebook page in mid-March after Dallacroce left a comment and a link on the Colorado Remembrance Project’s Facebook page advertising NOVIAC (however, the link does not seem to have been removed). In the since-deleted Facebook posting, Dallacroce alleged that Espinoza had full knowledge of her “NOVIAC proposal” to the Trump campaign but that Espinoza refused to participate and would “rather block, obstruct and deny access,” than work together.

In her press release about calling it quits, Dallacroce asserted that today’s anti-immigration movement is filled with “lies, deception and manipulation” that did not exist when she created MAIA in 2006. Without naming The Remembrance Project, she accused other people and organizations of “stealing the intellectual property and ideas from our organization, in order to sabotage my good name and to destroy the reputation of the newly found [sic] organization NOVIAC.”

In reality, it appears that Dallacroce is bowing out of the anti-immigrant movement—at least for now—because she did not receive the support she expected for NOVIAC. While it is unclear what Dallacroce will do next, she and Espinoza do share a common thread. While their organizations claim to stand up for the victims of crimes, they actually serve to demonize immigrants and provide a platform for bigotry.