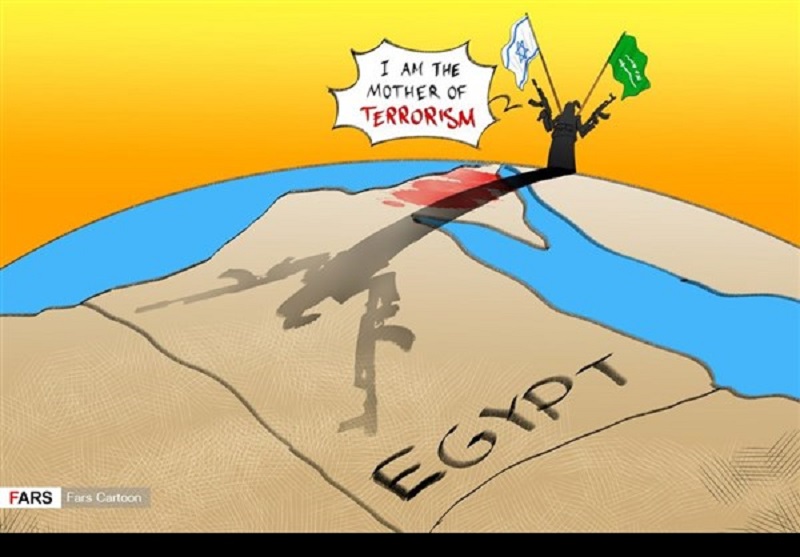 November 24 witnessed the deadliest terror attack in Egypt’s history when gunmen detonated explosives at a Sufi mosque in the Sinai Peninsula and then sprayed the worshippers with bullets, killing more than 300 people and wounding more than 100. While no organization claimed responsibility for the attack, it is thought to have been carried out by local militants affiliated with the Islamic State.

Sufism, a branch of Islam, is a minority regarded by the Islamic State (ISIS) as heretical, as it deviates from their interpretation of early Sunni Islam.

Arabic language newspapers covering the attack focused on the danger posed by terrorist groups which target other Muslims, as well as a more general concerns of sectarianism and civil strife.

However, some newspapers carried conspiracy theories which baselessly blamed Israel for the attack, along with, in some instances, certain Western and Arab governments.

Despite the myriad of local and regional themes dominating the coverage of the attacks in Arabic-language newspapers, anti-Israel and anti-Western conspiracy theories continue to play a part in the public discourse. ADL recently documented similar cartoons asserting (without basis) Israeli responsibility for the ongoing diplomatic dispute in the Gulf between Qatar and several of its Arab neighbors. Similarly, ADL documented Arab media alleging that Israel was controlling the outcome of the last US election; propagating conspiracy theories whereby Israel was behind a series of coordinated attacks in Paris in 2015; claiming that Israel was behind the emergence of the Islamic State, and outrageously charging that Israel and the Jewish people perpetrated 9/11. The Jewish figure representing Israel and another representing the United States are fanning the flames beneath the globe, using as kindling “terrorism,” “disunity of brethren,” “separatist strife” and “sectarianism.”