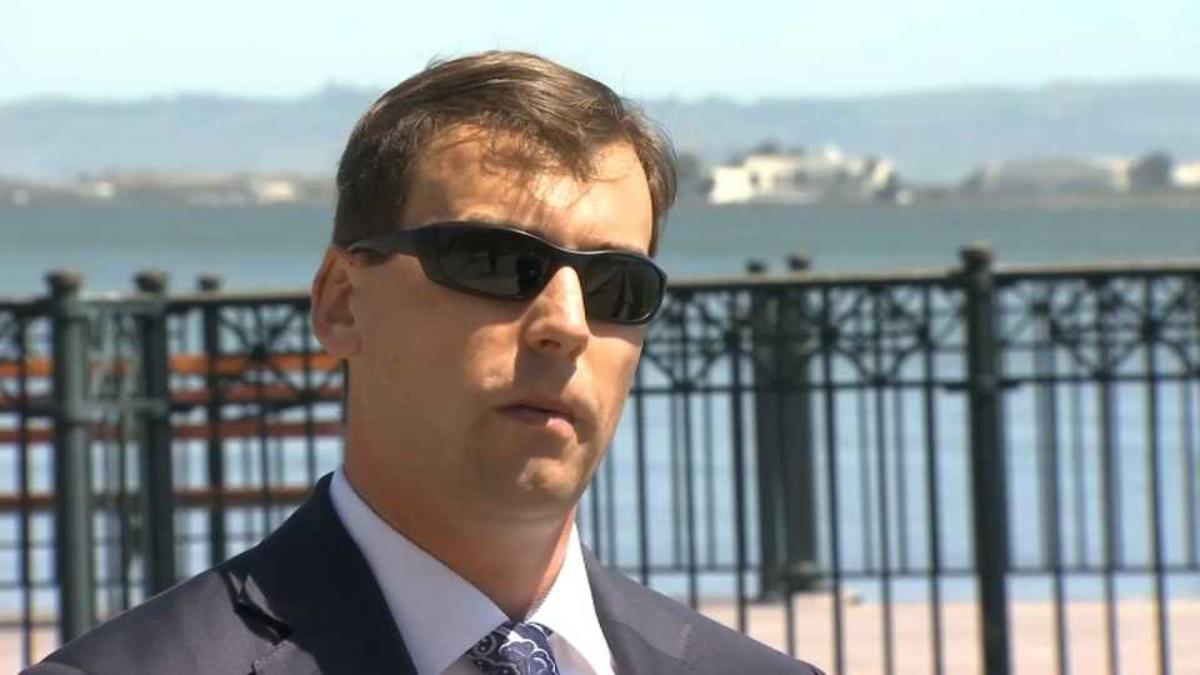 When Patrick Little’s anti-Semitic campaign run for Dianne Feinstein’s U.S. Senate seat ended in a crushing defeat, he cried foul, while some among his white supremacist supporters have  responded with talk of revolution, violence, and the need for white supremacist candidates to focus on areas of the country with a white majority. Little won about 1.4 percent of the vote, or roughly 61,000 votes, according to initial counts.

In a post-election livestream, Little blamed “Jewish supremacists and Zionists” for his loss, and pledged on GAB to contest the election results, and either find the “200,000 – 400,000 votes” he believes were cast for him, or proof that the votes were destroyed.  He also claimed victory in a subsequent, more cryptic post, claiming people were forced “to write names on ballots where I had high support” and blaming ‘broken machines all around, hundreds of thousands of voters show up to polls to find out ’an error‘ had removed from rolls…we won big tonight, the ZOG just doesn’t know it yet.” ZOG is a white supremacist acronym for "Zionist Occupied Government," which reflects the common white supremacist belief that the U.S. government is controlled by Jews.

While Little’s campaign promise to drive Jews out of the government and the country failed to translate into votes, he did attract a white supremacist following around the country.

In May 2018, League of the South (LoS) leader Michael Hill endorsed Little’s candidacy on Twitter, and claimed Little was an LoS member. The previous month, Little made a post on GAB claiming that he “had the honor of speaking at the League of the South mini-conference after the key speakers were done.” On that same day, LoS held a conference in Wetumpka, Alabama, honoring longtime white supremacist David Duke. 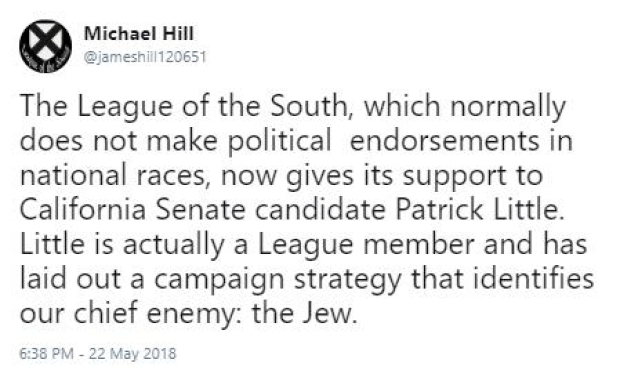 Little’s loss has spurred online responses from white supremacists that range from refocusing election efforts on “white” areas of the country to violent, full-on revolution.

Tom Kawczynski, the former town manager of Jackman, Maine, who was fired after publicly promoting a white ethno-state called “New Albion,” recommended focusing on “states where demography works to our benefit.”

For others, the loss was confirmation that winning an election is impossible because the system is against them. Revolution, they believe, is the only viable option.

In a June 6 Facebook post, Jordy Howell wrote, “Patrick Little lost. Sorry to disappoint some of you folks, but reforming the system ain't gonna happen. Anyone else holding out hope Paul Nehlen and Art Jones will also win, you're in for a rude awakening. Reform is impossible. Revolutionary struggle is our only option.”

Others took to Facebook to express their disappointment and propose alternative (generally violent) tactics:

“Sorry comrades. Unfortunately, our only chance is to let the situation continue to deteriorate and the moment the abyss hits us, that’s when we make our move. We will all be tempered by the times ahead, leading up to the final moments.” ~ Darion Johnston

“Revolution is the only answer to our current problems. We must prepare for the revolutionary phase of our struggle. When the time comes, and our numbers sufficient, we will destroy this corrupt system.” ~ Robbins Trevor

“American Nationalism is a joke. Or any other type of nationalism. A joke. Seriously, READ “SIEGE” by James Mason.” ~ Ludovici Alibi

“If you’re not calling for a total war against the system, Breivik style, you’re just another safety blow off valve.”  ~ Frederick Namington

“…Consider how tenuous all systems for supporting life in the cities actually are. Or the fragility of the power grind. It’s nowhere near hopelessness.” ~ Terrence Wolffe